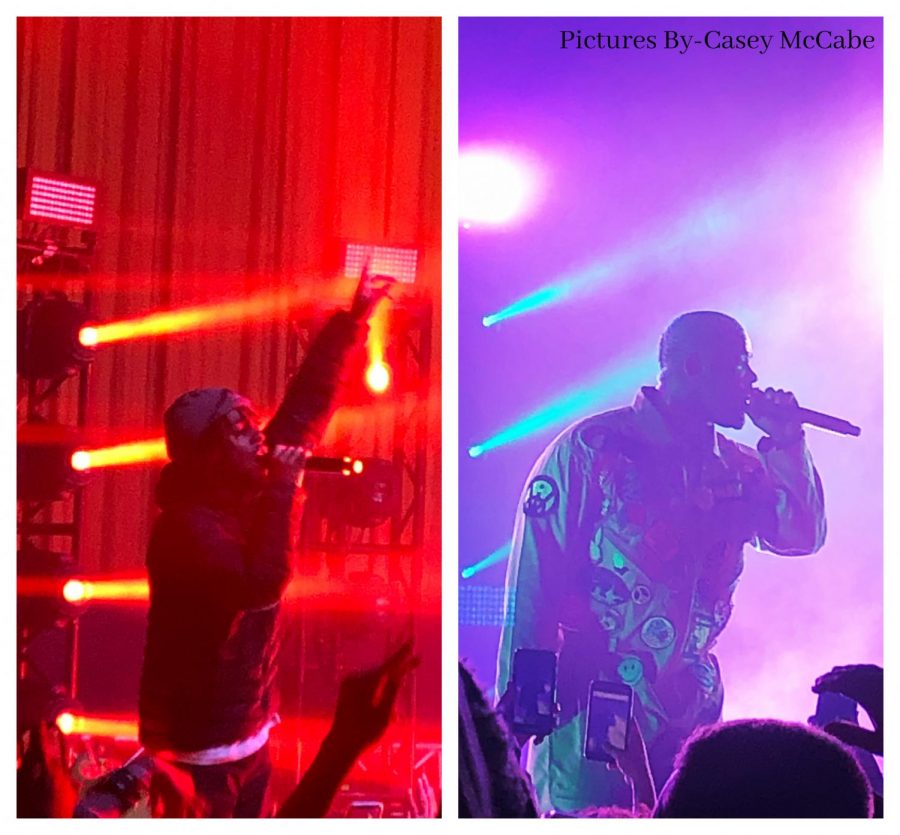 Saturday November 16th was a significant day, not only because the Gophers lost tragically to Iowa, but also because A$AP Ferg and MadeinTYO rocked the Skyway theater in downtown Minneapolis to its core.  Upon entering the Skyway theater I immediately noticed that the renovations that began last fall had been completed, the main update being a coat check that I didn’t use because I was stupid enough to not bring a coat.  Once I made my way through the line and in and out of the bathroom, I entered the concert hall and was immediately confronted with the full force of MadeinTYO’s “Skateboard P.” Tokyo cut out the last portion of the beat and did the final verse A Capella, something I actually appreciated as it was easier to admire his rapid-fire delivery.

The concert began ON TIME, something I have never personally experienced as I arrived fifteen minutes late and missed most of MadeinTYO’s set.  Ferg was also on time and appeared on stage promptly after Murda Beatz warmed the crowd up with a playlist of his hottest bangers. Ferg started off the show by playing “Floor Seats”, the single off of his newest album of the same name.  As the beat for “Floor Seats” began, the crowd surged forward and I was carried directly into the center of the mosh pit where I was confronted with a mass of sweaty limbs pushing me in every direction.

Ferg engaged the audience in powerful ways throughout his show by not only asking us what we wanted to hear, but also by inviting members of the audience, all girls, to dance with him on stage.  The highlight of the show was the joint performance of “Ned Flanders” and “One Night Savage” by Tokyo and Ferg. MadeinTYO and Ferg went well together like peas and carrots as they both shared the spotlight and used their chemistry to amplify the show.  Ferg claimed responsibility for the right side of the crowd and strutted up and down the stage while belting out the lyrics to Ned Flanders, my favorite being

Tokyo on the other hand mounted an amp on the left side of the stage and hyped the crowd up every time that he recited the hook to the song.

During the second half of Ferg’s set, he called for a moment of silence to honor the late A$AP Yams, one of the key creators of A$AP Worldwide and a close friend to Ferg.  After holding the crowd in silence to honor his fallen brother Ferg launched into “Yamborghini High”, a song featuring Juicy J and the majority of the A$AP Mob, dedicated to Yams.  On the track Ferg raps

in reference to lean or codeine syrup that was responsible for the death of Yams in January of 2015.

Ferg put thought into the order of his set-list as he saved his classic, “Plain Jane” until the end and sprinkled the track-list with both bangers and slow songs, allowing for the crowd to recover before launching into another mosh pit frenzy.

A$AP Ferg and MadeinTYO put on a spectacular performance and emanated energy from the beginning of their show until the very end.  Throughout the show Ferg and Tokyo made the audience feel like a part of the show as they interacted with us every step of the way. The duo also encouraged the crowd to mosh and would shout out members of the audience who they saw raging hard.  Although Ferg and Tokyo are not my favorite artists, they undoubtedly put on one of the greatest performances I have ever seen as the energy and engagement with the audience was off the scale. Overall I rate the Floor Seats tour a solid 8/10 and cannot wait to see A$AP Ferg and MadeinTYO return to Minneapolis.