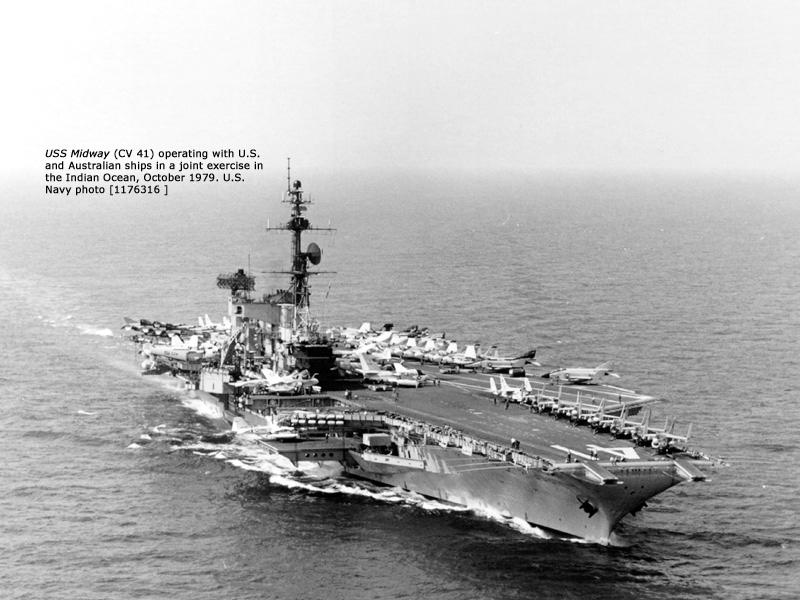 The Battle of Midway is one of the most infamous battles of World War Two. Occurring six months after Pearl Harbor and America’s entrance into the war, America’s outfit naval and air units won a decisive victory and imparted irreparable damage to the Japanese fleet. It’s also a battle well suited to the silver screen, with one adaptation of the event releasing in 1976. So, it’s no wonder that action auteur Roland Emmerich was interested in filming his own version of the story. Featuring a big cast including Ed Skrein, Woody Harrelson, Dennis Quaid, and more, Midway will satisfy the cravings of any action aficionado while depicting a remarkable accurate account of the events as they took place. While the story and characters are riddled with clichés, the exciting set-pieces and fast pace more than make up for the short comings.

The biggest fear I had when going to see Midway was if it would focus on completely made-up characters and made-up events. Thankfully, it doesn’t. Although there are faux-sentimentality and clichés abound, the fact that all the main characters are real people helps the story resonate in a way it otherwise wouldn’t have. It feels like a real adaptation of real events and not a fictional movie. For example, Harrelson plays Commander Chester W. Nimitz, Patrick Wilson plays Intelligence Officer Edwin Layton, and Aaron Eckhart plays Jimmy Doolittle. The entire cast is serviceable with Nick Jonas being the standout as Bruno Gaido, the American soldier who would rather be killed than give information to the Japanese forces. Unfortunately, the actor with the most screen time, Ed Skrein, is the weakest of the entire cast. Reading each of his lines in a strange inflection and seldom with the emotion needed, he is a black mark on what is otherwise a strong point of the film.

The story mainly focuses on Ed Skrein’s character, Dick Best, a hotshot pilot drawn into WWII following Pearl Harbor. However, it jumps to the perspectives of many other characters as well. We see Chester W. Nimitz’s strategic planning, Edwin Layton’s intelligence gathering and the stresses placed on him, Jimmy Doolittle’s bombing of Tokyo and subsequent grounding in mainland China, and even the perspective of the Japanese. The Japanese perspective is something Midway handles very well. The troops and generals are treated with respect and treated with the dignity all soldiers deserve. There is even a dedication at the end of the film to both the American and Japanese troops who fought and died for their country. That being said, the characters exist solely to fit archetypes – the aforementioned Dick Best as the hotshot pilot, Wade McClusky as the straight-shooter turned risk-taker, and Layton as the “brains behind the operation.” These characterizations undoubtedly reflect some reality of the characters, but it doesn’t leave much room for the characters to grow.

If you can’t get invested in the characters or the story, the incredible action and technical skill on display surely will. Every set-piece masterfully shows the true scale of every battle as well as the heroism and bravery of every soldier tasked with fighting the Japanese. Bullets fly past planes carrying bombs to destroy key pieces of infrastructure and units and the sound design places you right in the position of someone trapped in the midst of battle. Midway’s rendition of the bombing of Pearl Harbor is a fantastic opening sequence that sets the bar for the rest of the action to come. Any hot-blooded American is sure to revel in the explosions, smoke, carnage, and sheer level of destruction on display. The special effects are all believable and at times you’ll completely forget that what you’re seeing is actors in front of a green screen in a virtual cockpit. From the smoke left in the wake of every explosion to the dogfights between American and Japanese planes, what Midway accomplishes is truly remarkable.

Technically impressive and pulse-pounding, Midway is a fantastic way to spend two hours. Even if the somewhat lackluster story and characters leave you craving more, there’s plenty to enjoy. If you have the chance, I recommend going with your boomer grandparents who will eat up this solid depiction of American ingenuity and victory.