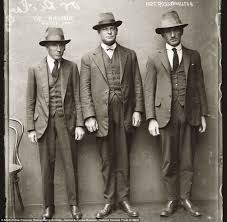 The “gangster epics” rank among some of the most cherished films of all time. Classics like The Godfather, The Untouchables, and Scarface are still watched and enjoyed by audiences decades following their release. Martin Scorsese is undeniably one of the masters of this particular genre, with him being responsible for classics like Goodfellas, Casino, and The Departed. And now, over a decade since his last foray into the seedy underworld of the Mafia, he’s back with the Netflix exclusive, The Irishman. In development since 2014 and reportedly costing over $150 million dollars to produce, it’s undeniably one of the most anticipated films of the year. Of course, it also helps that the film has one of the best ensemble casts in years, starring Robert De Niro, Al Pacino, Joe Pesci, Ray Romano, Harvey Keitel, and Steven Graham. With its ambitious scale, three-and-a-half-hour run-time, and complex narrative, The Irishman can be a daunting proposition, but there is plenty to enjoy if you stick it through.

The eponymous “Irishman” is Frank Sheeran (De Niro), a meat deliveryman who soon gets drawn into the world of organized crime on account of crime boss Russell Bufalino (Pesci). Sheeran climbs the ranks before meeting the head of the Teamsters Jimmy Hoffa (Pacino) and becoming his chief bodyguard. Spanning multiple decades, we see Sheeran’s rise and the toll it takes on his family. We see Sheeran’s relationship with his daughter, Peggy, weaken as she begins to realize he kills people to support their family. However, we also get an inside look into Hoffa’s troubles with fellow Teamster Tony Pro (Graham), his run ins with the feds, and his attempts to influence presidential elections. The film does an excellent job weaving national crises like the Bay of Pigs with crises of Hoffa’s own, particularly those dealing with John F. and Robert Kennedy. As with all the best gangster epics, the highs and lows of organized crime are writ large.

However, The Irishman struggles when it comes to carving out a unique identity for itself. While Goodfellas was fresh, witty, and fast-paced in 1990, Scorsese’s attempt to capture the same spirit here often falls flat as it feels like a case of “been there, done that.” While every character in Goodfellas was well-developed, unique, and interesting, De Niro’s Sheeran reads like an amalgamation of every “relatable” mafioso to grace the silver screen. That’s not to say The Irishman is a redundant failure, it’s far from it, as Sheeran still has many powerful and compelling scenes and the supporting characters more than make up for any shortcomings with Sheeran’s character. My favorite character was Graham’s Anthony “Tony Pro” Provenzano, who’s sarcastic, laid-back demeanor made for some entertaining conflicts with Jimmy Hoffa. The Irishman is also host to plenty of violence akin to all the great gangster classics as the body count climbs higher and higher throughout the duration of the film.

On the technical side of things, The Irishman does a lot right. The cinematography is fantastic, with an appealing color palette and interesting compositions. The strong soundtrack backs up the strong visuals, leaving no doubt that Scorsese is really one of the masters of cinema. However, there has been much controversy regarding the digital aging of the cast. Initially noticeable and off-putting, you quickly forget De Niro is much older than the character he is playing. That is, until a cringe-worthy scene where he beats up a grocery store owner in front of his daughter. While Sheeran is supposed to be a man in his prime, he struggles to kick the man lying stationary on the ground. While scenes like this are infrequent, they take you out of what is otherwise an engrossing and compelling film. Thankfully, they are far from a deal breaker and I was otherwise pleasantly surprised with how the effects turned out.

The Irishman doesn’t quite live-up to the cinema mafia greats, but it often comes pretty close. For such a long film, it never feels tiring or poorly paced. Scorsese does a fantastic job making a large cast of characters and a complex story so easy to follow and enjoy. The Irishman is the perfect film for a Sunday afternoon, and proves to be one of the best films of the year.