An update on the coronavirus 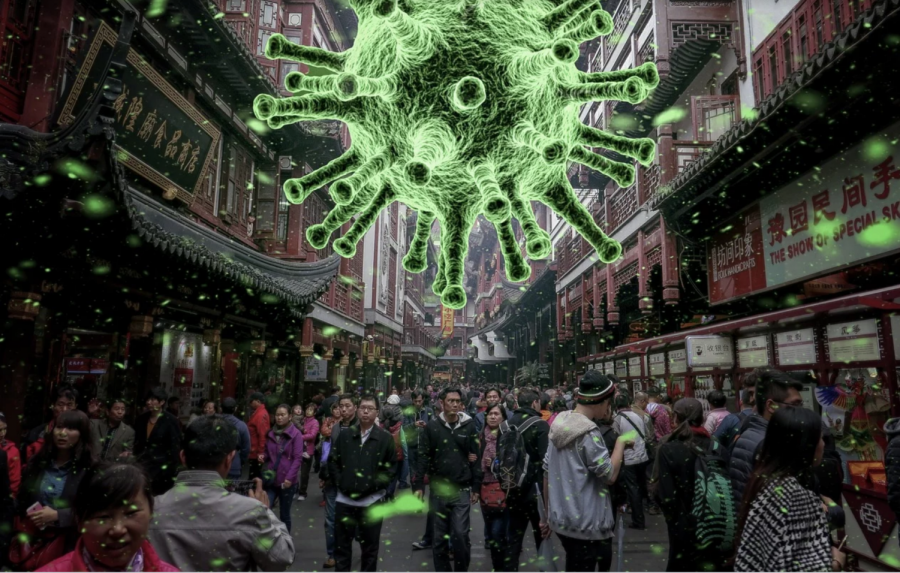 As hysteria spreads about the coronavirus that originated in Wuhan, China, questions arise about how to keep ourselves safe. But, what is this new coronavirus, and how concerned should we really be?

Truth be told, scientists don’t really know much about the new strain yet, but it’s a constantly evolving situation as they learn more. Other known coronavirus outbreaks include SARS-CoV (first reported in China in 2003) and MERS-CoV (reported in Saudi Arabia in 2012). While these viruses have proven to have deadly potential, does the same apply to the new strain?

Symptoms of coronaviruses include cough, fever, and shortness of breath, which sounds all too similar to the common cold. It is known that the virus is spread through respiratory droplets, so transmission through coughing and sneezing is common. It’s currently unknown if the virus can be spread through contact with surfaces that may contain the virus, such as doorknobs, and then touching one’s eyes, nose, or mouth. Once infected, the virus may incubate for 2 to 14 days before causing symptoms in an individual.

The new (novel) coronavirus originated in Wuhan, China, with scientists believing the cause to be transmission from bats. The virus is rapidly spreading, with currently more than 28,060 people infected and 564 confirmed deaths, according to The New York Times. With a current death rate of about 2%, the virus has been frequently compared to influenza. Influenza infected an estimated 35,520,883 people in the United States in  the 2018-2019 season, according to the CDC. The death toll of influenza this season was about .1%.

The main factor of many deaths by influenza has to do with age and one’s immune system. Like many illnesses, if gone untreated, influenza can lead to other complications such as pneumonia and COPD. Those most likely to experience life-threatening side effects include the elderly, pregnant women, people with compromised immune systems, obese individuals, and young children. It is thought that the coronavirus affects these same types of individuals in worse ways than typical, healthy adults.

Viruses and their diverse number and ability to infiltrate human protein production make them a challenge to treat. Since this case is a virus, it can’t be treated with medication such as antibacterials; the symptoms can only be controlled through other treatment measures. Some of these measures include re-purposed HIV or Ebola medications. Since novel coronavirus uses RNA instead of DNA as its genetic material (similar to HIV) these drugs may have benefits when it comes to treating the virus.

Typically, we use vaccines to prevent viruses. Introducing a small dose of a virus to the human immune system allows the body to recognize and remember these agents, so if the body becomes infected again, the immune system remembers how to fight it off.

Unfortunately, vaccines can be extremely difficult to produce. In fact, it usually takes 10-15 years. This has a lot to do with government oversight that goes into vaccine development. While this oversight is extremely important to ensure that the general population is kept safe from faulty vaccines, it delays the process for a very long time.

The only time one should really become concerned with the symptoms, though, is if they’ve recently traveled to China, according to the CDC. Despite this, many people in the United States have some level of concern. This concern is understandable, as the virus seems extremely infectious and not much is known about it. Thanks to modern standards, we have realized that its probably a good idea to keep infected people quarantined until they recover.

The outbreak of SARS in China in 2003 was completely contained by 2004. MERS, a more recent coronavirus, has seemingly dwindled off the minds of the media and the general population. Scientists work very hard to understand the viruses that pop up. They have dealt with and know how to act in situations of unknown illnesses. As with many things, it’s healthy to keep a normal level of concern. If you travel to China, the level of concern should increase slightly, as your risk of catching the novel coronavirus may be greater there.

In the United States, there have only been 11 confirmed coronavirus cases. Doctors are told to take all preventative measures of the virus being spread, including not allowing other patients to be in the same room as a potential coronavirus victim. For the time being, its a good idea to trust science and modern technology, at least until something becomes out of control.