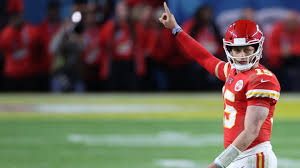 With less than nine minutes to play in the fourth quarter of Super Bowl LIV, the Kansas City Chiefs found themselves trailing by 10 points, facing a 3rd-and-15 against a stout San Francisco 49er defense. His team’s season on the line, quarterback Patrick Mahomes boldly suggested a play call to Head Coach Andy Reid, who quickly green-lighted his QB’s idea.

The Chiefs offense then ran Mahomes’ play, titled “2-3 Jet Chip Wasp,” to perfection. Wide receiver Tyreek Hill sprinted up the middle of the field before breaking late towards the corner, where Mahomes hit him with an on-target pass for a 44-yard gain.

The long bomb to Hill gave the stagnant Chiefs offense the spark it needed to finally put some pressure on the 49ers defense. Just four plays later, Mahomes fount tight end Travis Kelce in the endzone, and suddenly, the Chiefs had closed within 3 points.

While the 49ers offense had some success moving the ball against the Chiefs in the first three quarters, the group never got into any sort of rhythm in the game’s final 15 minutes. The teams only totaled 59 yards in the fourth quarter, and their longest offensive drive lasted just three minutes and four seconds.

49ers quarterback Jimmy Garoppolo, who led his team to an impressive 13-3 record in the regular season, struggled late in Super Bowl LIV. In the game’s final quarter, Garoppolo threw for a paltry 36 yards, completing just 3 out of 11 passes and throwing an interception. The QB’s 2.8 passer rating in the fourth quarter was the worst number recorded by any Super Bowl quarterback since the metric first started getting tracked in 1999.

Mahomes, on the other hand, elevated his game to a new level as the Super Bowl drew to a close. While his final statistics weren’t remarkable, 28-42 for 286 yards and three total touchdowns to go along with two interceptions, the young quarterback torched the 49ers defense when it mattered. In the fourth quarter, Mahomes racked up 141 passing yards and threw both of his passing touchdowns.

Chiefs head coach Andy Reid entered this year’s Super Bowl with 207 wins in his 21-year career, the most wins of any head coach in NFL history without a Super Bowl victory. In fact, Reid won more playoff games in the past month (3) than he had in his entire career before this season (2). Patrick Mahomes said this of his coach, “We wanted to get him that trophy because he deserved it. The work he puts in day in and day out … I don’t think he sleeps. I try to beat him in and I never can. He is someone that works harder than anyone I’ve ever known, and he deserved this.”

With their backs against the wall on the biggest stage in all of sport, both Mahomes and Reid were at their best. The QB-coach combo is unquestionably one of the top duos in the NFL, and the Chiefs now enter an offseason in which they can extend Mahomes’ contract and ensure he stays in Kansas City long-term. Many speculate that the quarterback’s next deal could potentially reach a figure as high as $200 million, which would be the richest contract in the history of the sport. Regardless of Mahomes’ future, his stellar performance in Super Bowl LIV has ensured that his legacy in Kansas City will forever be unassailable.