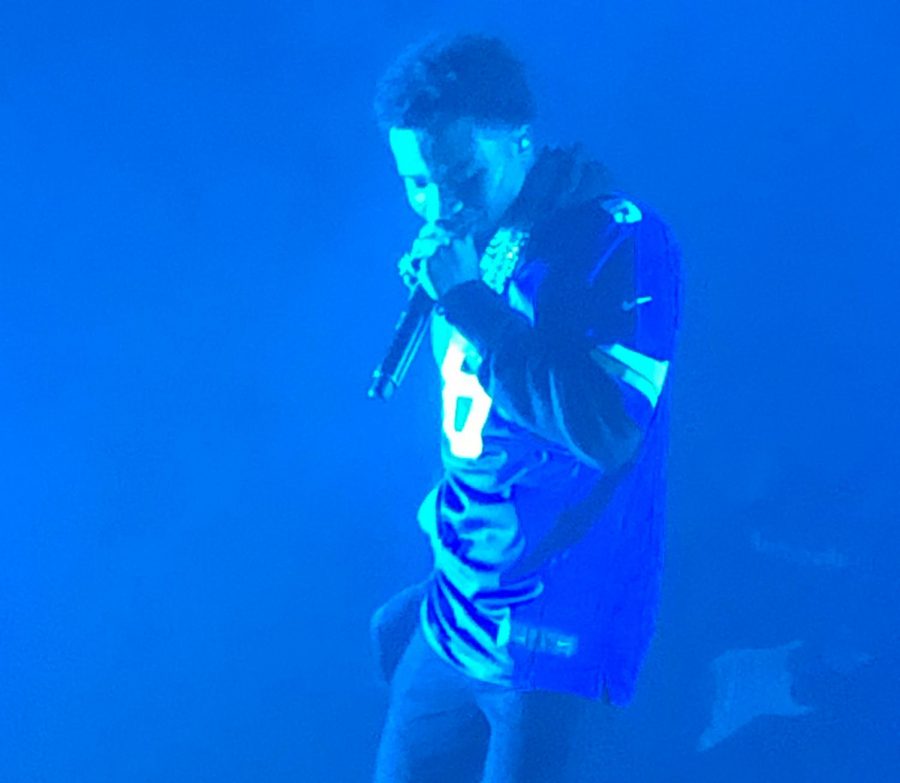 The crowd was loosely packed and a thin layer of smoke hung in the air.  Blocboy JB, the second opening act prior to the main event had just left the stage, which went dark.  A few moments later Roddy Ricch walked onto the stage singing the opening lines to “Intro,” causing the crowd to surge forward violently.  The entire building screamed every word starting with

The Roddy Ricch concert at First Avenue on February 11th was the most energetic show I have ever been to at the venue, and nothing solidified this more than the second song of Roddy’s set, “The Box.”  I swear that the whole building reverberated and I could barely hear the music over the crowd, and I didn’t wear ear protection. I don’t know if Roddy even performed “The Box” because I couldn’t hear him over the performance that was the crowd.  Roddy played “The Box” two times back to back and the second time went even harder.

Later on in his set Roddy performed “Rack’s in the Middle”, his Grammy nominated track featuring Nipsey Hussle.  Roddy paid his respects to Nipsey by asking the crowd to put their hands in the sky for his deceased friend. Roddy has on many occasions attributed his success in the hip-hop industry to Nipsey’s support and even got the word “prolific” tattooed on his face in Nipsey’s honor.

Fortunately for my knees, the concert wasn’t an all out rager the entire time as Roddy slowed it down here and there with songs like “Boom Boom Room” and “Ballin.”  Both are absolute bops in their own right, but the slower melodies gave the crowd a chance to relax and just sing. I thought it was unfortunate, however, that Roddy cut off all of his songs with features early except “Start With Me” featuring Gunna.  This isn’t the first time I have been at a show where songs are ended before the featured artists verse, but this is always a downside for me as I was expecting to enjoy some of these songs in their entirety. Roddy also didn’t perform “Peta,” featuring Meek Mill, or “Moonwalkin,” featuring Lil Durk.  These songs were favorites of mine off of his most recent album Please Excuse Me For Being Antisocial, and I am sad that he didn’t perform them.

The last song of Roddy’s set “War Baby” was incredible, with every person in the crowd swaying back and fourth singing along to the gospel inspired track,

It was a beautiful way to end the concert and it seemed only fitting as it is the last track on the album for which the tour is named.

It was far from over as Roddy left the stage to the dying final note of “War Baby.”  The crowd didn’t move an inch for a solid five minutes as everyone proceeded to chant Roddy’s name at the top of their lungs.  The result was a blast of smoke and Roddy’s disembodied voice chiding “y’all just don’t give up huh?” before proceeding to perform “The Box” for a third time.  I think the third time was the best.

Roddy Ricch’s “Antisocial Tour” performance at First Ave was a true spectacle to behold.  The show sold out weeks in advance. I could tell by the fact that everyone knew every single word that we were all true fans.  I have attended very few shows that I would say qualify as historical, but this was certainly one for the books.