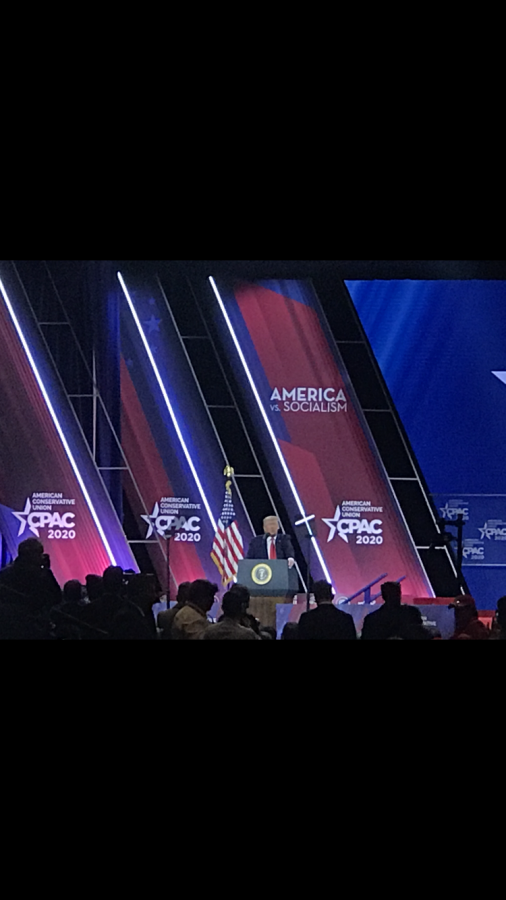 After arriving in Alexandria Virginia the first thing I did was take a good long look at the Potomac River.  Rivers not only serve as natural borders, but they also serve as transportation, allowing our ancestors to travel great distances.  This year’s Conservative Political Action Conference featured prominent conservative minds from around the world including Eduardo Bolsonaro of Brazil, Jay Aeba of Japan, and Yishai Fleisher of Israel, just to name a few.

This year’s CPAC was an exhibition of what the world of conservatism had to offer.  During the conference I spoke with Alan Santos, the founder of one of Brazil’s few independent media outlets.  “People want more freedom in Brazil,” said Santos,

“I defend the freedom of the press totally… censorship on the internet is shutting up one side and that’s scary.””

In Brazil, government authorization is required to form a new media outlet, something Santo’s strongly opposes. When asked about recent coverage of the fires in the Amazon, Santos denied that they were happening saying, “we are not industrializing… this is not happening, they create a narrative to slam Bolsonaro.”

Eduardo Bolsonaro, the son of Brazilian President Jair Bolsonaro, spoke at CPAC and highlighted his fondness of american politics and the second amendment, “I am 200% against gun control, I would love to have a second amendment in my country, someday it will be there.”  It seems not only has the United States successfully exported its pro-business conservative ideals, but it has also successfully exported pro-gun culture. “This isn’t about us” Bolsonaro said,

“as Churchill said if you have enemies congratulations it means you made something of your life.””

At CPAC, not only did conservative leaders recognize their enemies, but they challenged them head on.  During the course of the day there were frequent references to the incompetence of the left, coupled with saber rattling aimed at combating the specter of socialism.  CPAC 2020 not only displayed the most influential ideas to come out of the GOP in the last 5 years, but also showed off Republican’s hunger. Make no mistake, Republican’s are not resting on their laurels when it comes to the 2020 election, they are out for blood.

Nothing exemplified this more than the crowds reaction to President Trump’s arrival on stage.  The uproar was deafening, and started before the President’s last name had even passed through the lips of American Conservative Director Dan Schneider.  The President spoke for more than an hour on a myriad of topics ranging from military withdrawal from the Middle East to the danger of sanctuary cities. The entire time he spoke the crowd was engaged even chanting “U.S.A.” on more than one occasion.  Trump loved the crowd and the crowd loved him.

On one occasion the president referenced the “lying fake media” causing the entire conference hall to stare back at the media pit for a brief awkward silence.  I don’t think I have ever felt so uncomfortable in my entire life. The attitude of the conference hall felt combative, as until that point I had felt like a guest, not a scapegoat for the mistakes of boomers.

Despite what CNN and mainstream news coverage would lead you to believe the crowd at CPAC was very diverse, with people present from many backgrounds and religious faiths.  The conference was a historic event, where the political right marched in lockstep towards victory in the upcoming 2020 election. There is no doubt in my mind after hearing the president speak in Alexandria that he can energize his base in a way that will convert into substantial results.  Trump is not to be underestimated by the Democrats as they will need an army of voters to challenge him.