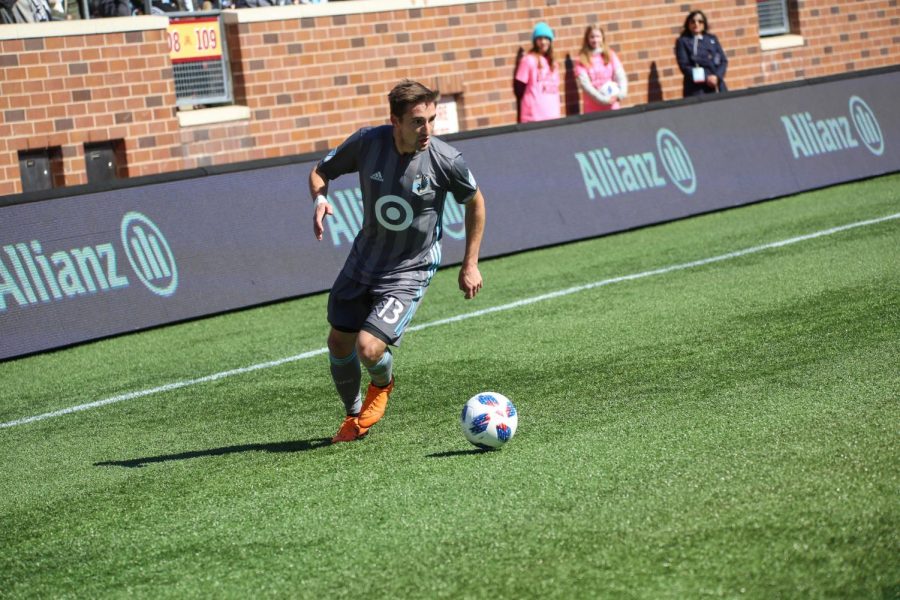 With a mixture of pace and passion, Minnesota United opened their 2020 MLS campaign with a convincing 3-1 win over the Portland Timbers.

United only needed 42% possession over the 90 minutes to put the game away and this may be just a taste of what’s to come. The Loon’s first two goals came from industrious counter attacks by Minnesota native Ethan Finlay, who racked up two assists in the game. This updated gameplay by Adrian Heath may be just what the team needed to take their game to the next level.

You could see the difference this counter attacking strategy made as the game went on.  In the first 15 minutes, the Timbers were on the front foot and all over Minnesota United, as the Loons were attempting to play more possession-based soccer.  Portland got six shots off before Minnesota even had one. But once Ethan Finlay got into the game, the offense opened up and so did the game.

Both Kevin Molino and the new signee Luis Amarilla benefitted from this change in play style. Molino scored twice en route to the win and looked very comfortable on the ball in the attacking midfield role. Amarilla scored in his debut for the club, with a header from an inch-perfect cross from Finlay.

However, the group that changed the game the most was the defense. The efforts by captain Osvaldo Alonso and Michael Boxall led to an organized defensive performance, only marred by the controversial penalty kick awarded to Portland. The defense was also key in the counter attacking style as players like Chase Gasper and Romain Métanire pushed the pace out of the backline and pressed the Timbers high.

This fast-paced, counter attacking style is not new to modern day soccer, it may be the most popular style right now.  European teams such as Liverpool, Leicester City and Red Bull Leipzig all use counter attacking to perfection and all of these teams have dangerously quick players up top like Ethan Finlay. It is also a very exciting style for the fans as this style always leads to goals.  If the Loons choose to continue with the counter attack game plan, players such as Finlay and Molino will benefit with their pace.

Minnesota United gave the Man of the Match award to Ethan Finlay and I would have to agree.  As I mentioned already, Finlay had two beautiful assists to both Molino and Amarilla but he also had a great all-around game at the right wing position.  According to WhoScored.com, Finlay had 38 total touches out of which he made two key passes and 22 total passes. Finlay also had an 100% dribble completion rate and even got in on the defensive side of the game with one tackle and one interception. Ethan Finlay had a great opening game of the season, and he should be one to watch for its remainder.

The Loon’s next game is against the San Jose Earthquakes, who tied 2-2 against Toronto. It will be a good battle between two strong teams. San Jose have Andrés Ríos up top at the striker position, who scored in their season opener, however the Earthquakes didn’t look very solid defensively. Our offense and their defense may be explosive in our favor.  So tune in Saturday, March 7th at 7:00 p.m, the squad is looking to be a real threat in the MLS this season.