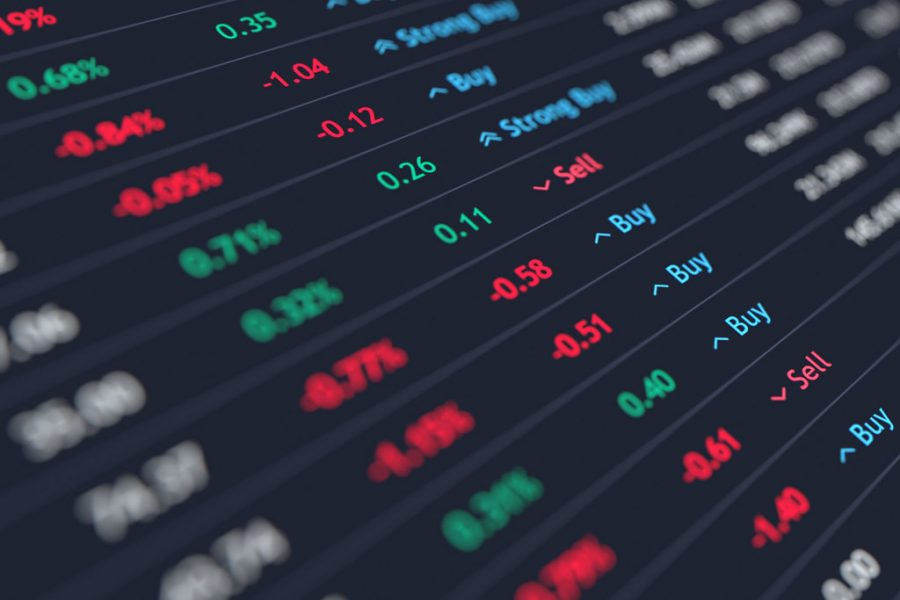 When the coronavirus first made noise across the globe in Wuhan, China, the United States experienced very little economic impact. While factories and businesses began to close across China, the longest bull market stretch in U.S. history showed little signs of reversing course.

As weeks went on, the virus continued to spread to over 32 countries. By mid-February, COVID-19 had become international, and it was clear Europeean markets would soon bear the brunt of it. American investors on Wall Street seemed immune to the foreign outcry as the S&P 500, the standard indicator of the U.S. economy, hit a record on February 19th, closing just over 3380 points.

Shah, among other scholars, has proven to be right in the past few weeks, with the U.S. posting its worst two-week stretch since the dog days of the Great Recession. The S&P closed Friday, Feb. 21 at 3337.75 points; by Monday night on the 24th, the index had dropped to 3,225.89 points. Through social media outlets and other channels, live updates of the coronavirus expansion increased fear among Americans across all sectors.

Wall Street reacted accordingly, shorting every position possible. By market close on Friday, Feb. 28, the S&P 500 closed at 2,954.22. Putting this spiral into perspective, within nine days from the historic market highs of Feb. 19, America’s top 500 companies witnessed almost 15% of their value vanish into thin air.

Previous health outbreaks have shown that in the months following disease reports, the stock market tends to rebound after massive volatility within the first few weeks following a viral outbreak. Epidemics like Ebola and Zika recorded the worst one-month market losses of previous instances; however, the worldwide impact from coronavirus increases the market volatility because the disease is more substantial.

Technology companies whose supply chain highly depends on factories in Asia have been impacted the worst. Apple Inc. is a prime example of the supply chain effect. The company announced that they will be unable to meet their previous second-quarter financial projections due to suppliers being unable to meet their quotas. The Nasdaq, a technology stock market and another key indicator of the health of the economy, has dropped over 1000 points since Feb. 18 as companies are desperately trying to find new alternatives for their dwindling supply chain.

The uncertainty of the Coronavirus and the volatility even prompted the Federal Reserve Bank to invoke an emergency interest-rate cut to alleviate the worries of investors and halt the massive short sales. The Fed cut interest rates by 50 basis points, or a half percent. A measure this extreme has not been seen since the 2008 recession.

Jerome Powell, the chairman of the Fed, acknowledged that their strategy would not address the rapid spread of the virus, but stated, “We do believe that our action will provide a meaningful boost to the economy.”

Despite the Fed’s emergency rate cut and a short-lived spike from Monday and Super-Tuesday, the major stock indexes fell more than 3% on Wednesday, March 5. Even more worrisome is the current state of the 10-year treasury yield, which hit a record low of 0.924% on Wednesday. While the market’s 3 main indexes are on par to finish the week in the green, the volatility day-in and day-out has continued to puzzle investors.

The combination of a low yield, bearish markets, and crippled supply chains has left open the possibility that the United States, along with the rest of the world, could be headed towards a global recession. Recent market index declines suggest that the Fed is ill-equipped to stabilize the markets, making investors skeptical that further intervention could help nullify the virus’s effects.

As coronavirus continues to spread through mainland America, further quarantines will be placed and ultimately deplete the U.S. workforce. Many on Wall Street believe that until the virus is contained, and a cure is obtained, foreign and domestic stocks will inevitably push our nation into its first recession since 2008. As the United States and the rest of the world fear the coronavirus, investors will continue to brace for a potentially catastrophic market downturn.