The rise and fall of Michael Bloomberg 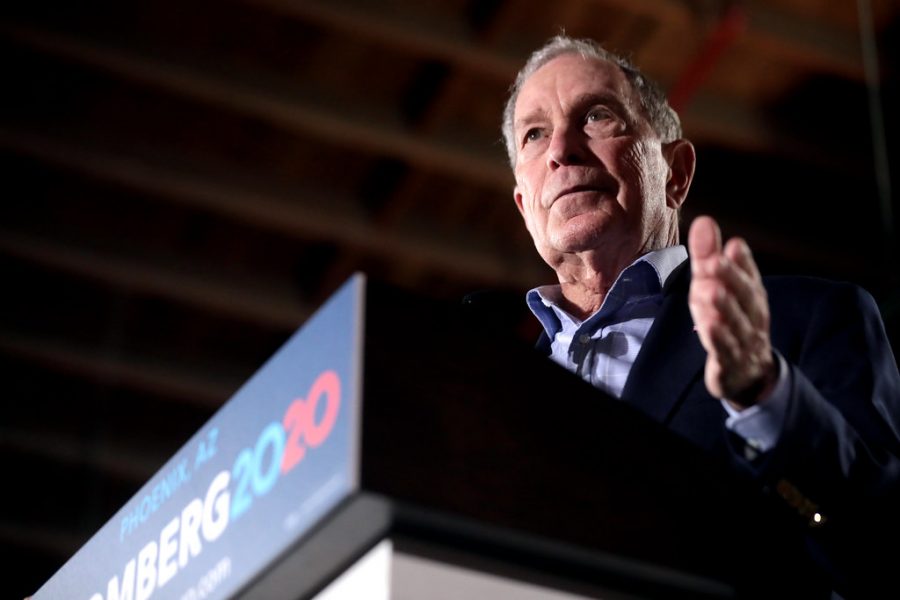 Imagine a New York billionaire financing his own presidential run and dominating airtime with advertisements. Sound like Donald Trump? Well, it was actually one of the former contenders for the Democratic Party’s presidential nomination: Michael Bloomberg. The same party that criticizes Donald Trump for being a filthy rich elitist, almost had a similar candidate run away with the nomination.

As mayor of New York City, he championed stop-and-frisk, a crime-reducing strategy that adversely affected African Americans and Latinos in New York City. Minorities were disproportionately targeted in suspicion of crime, resulting in thousands of arrests. Although most stops resulted in no charges, the more the practice continued, the more the opposition against it grew. It was eventually ruled unconstitutional in 2013.

In addition to his crime record, Michael Bloomberg’s corporation has a history of making non-disclosure agreements with employees that leave the company. In other words, the employees are given a lump sum of money to keep silent about the practices and culture at Bloomberg LP. This raises suspicion of how the company’s employees were treated.

In a recent Democratic debate, he brushed off accusations about his NDAs with women by claiming, “They didn’t like a joke I told.” Despite releasing three women from their NDAs, it is still unclear how many other employees are tied to those agreements. While it is common for corporations to assign NDAs, Bloomberg was running for the highest office in the country, which means transparency with voters is key.

Nonetheless, if having at least a set number of individual contributors from several states was a requirement to be on the Democratic debate stage, how was a self-funded billionaire eligible? The answer is that the Democratic National Committee bent the rules to accommodate him.

This is yet another example of hypocrisy from the Democratic Party as candidates like Tulsi Gabbard are essentially wiped out from the media for being anti-establishment. The DNC justified Gabbard not being on the debate stage because she did not meet the polling requirements. Put differently, Gabbard did not poll high enough in polls cherry-picked by the DNC.

Until Bloomberg’s first debate performance, he was the only candidate that was consistently rising in the polls. This phenomenon was due to the overwhelming number of ads throughout the media, including cable TV and streaming websites. It was essentially impossible to avoid ads that claimed, “Mike can get it done.” In fact, Michael Bloomberg spent more than a half billion dollars just on his ad campaigns, resulting in one of the most expensive self-funded presidential runs. That number is close to the GDP of American Samoa, the only Super Tuesday contest Bloomberg won.

While Bloomberg unethically made it onto the debate stage, it was a blessing in disguise, as his poor performance and attacks from his opponents decreased his support. As a result, the hundreds of millions of dollars he invested into his campaign essentially went to waste, as he ended up losing in all primary contests besides American Samoa. He won an unimpressive 60 delegates from the various Super Tuesday states.

In contrast, his opponents Joe Biden and Bernie Sanders won hundreds of delegates each. Because he started his presidential run quite late, he could not successfully make it on to the ballots of the first four contests: Iowa, New Hampshire, Nevada and South Carolina. Therefore, he invested loads of money into the Super Tuesday contests, bearing no fruit.

Many predicted Bloomberg would be unstoppable with his rising polls numbers. However, his disappointing performance on Super Tuesday led him to drop out of the race earlier than expected. It would certainly have been more meaningful to have spent his campaign money on the people he was allegedly trying to help.

Michael Bloomberg’s campaign exemplifies the Democratic Party’s façade of advocating for the common people. The party deemed his run ethical, despite essentially trying to buy votes to advance his agenda. He has paved the path for other special interest candidates to follow suit. Overall, it is quite insidious that the supposed ‘democratic’ party is not really that democratic at all.