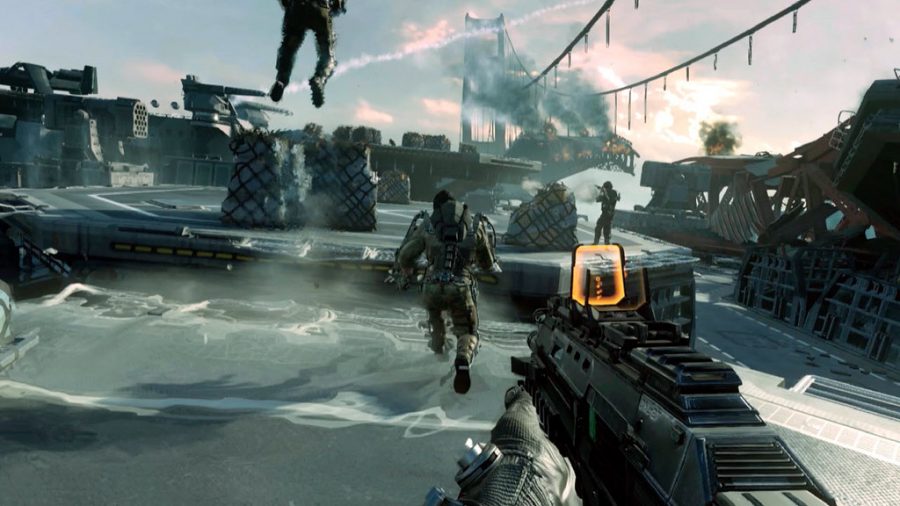 Activision’s Call of Duty: Modern Warfare has been available for purchase since September of 2019, but in early March, Activision launched the games first free-to-play platform, a battle royale beta entitled “Warzone.”  Warzone combines Call of Duty’s brand prestige as a top shooter game, with the growing popularity of the battle royale genre due to Epic Games’ blockbuster Fortnite. The free to play mode was flooded with users in its first week of release, netting 6 million players within the first 24 hours after its release.

Warzone is much different than traditional multiplayer Call of Duty. The map is massive, and lobbies consist of 150 players.  Players band together in teams of three and drop into a location of their choosing on the map. Starter pistols are provided to each player as they drop in and look for guns, ammo, equipment, shields, and killstreaks.  Player health regenerates automatically and shield plates which can be used to regenerate ones shields can be found at loot locations across the map.  Cash can be collected from loot areas as well, and upgrades can be purchased from stores across the map.  Just like Fortnite and Apex Legends CoD: Warzone features a storm circle that shrinks the map in increments over a 30-minute period, making the map increasingly dense with players and bullets as the game progresses.  The last team standing is then declared the winner of the Warzone.

As someone who remembers playing Call of Duty on the Wii, I love Warzone.  It’s everything I dreamed CoD could become when I was in the 7th grade talking online with my friends.  Back then we were looking for a “Hunger Games” version of CoD, which is essentially the game mode popular by Fornite in 2018.  Epic games not only popularized the battle royale genre, but they also created the mold for how other games have done it.  Epic Games managed to create a massive fan base by removing barriers to entry by making it free for all to play. Additionally, they allowed for continuous updates by keeping their game in Beta mode.  Revenue was then driven from in game purchases like character cosmetics and emotes.  Epic Games drove up an evaluation of $15 billion using these tactics, and Activision (among other developers) took notice when crafting their battle royale.

Warzone did have some thoughtful additions in it as well.  When designing the game mode Activision included the prisoner of war gulag.  This is an area where players go after their first death for a 1v1 duel for a chance to return to the warzone.  This is a fantastic addition in my opinion because it eliminates the annoying occurrence of waiting 5 minutes to get into a lobby, dying on the drop in, and waiting another 10 minutes before you’re playing again.  With the addition of the gulag, you don’t feel as cheated when you get put out of the lobby, you had your chance and you blew it.

Warzone’s pace of play is nearly ideal, as you can drop in with a lot of people if you want some action or drop in around the edge of the map to get a better chance at a late run in the game.  While vehicles are available for use, there are fairly few and far between scattered throughout the map.  If you can make it into a vehicle, you are certainly at an advantage.

Loadout drops are available for purchase, as well as random drops in the circle late in the game. They’re the most expensive item in the game for purchase, and for good reason.  These drops allow squads to become fully loaded out with guns that are likely better than any you could find roaming the map.  In addition to better weapons for everyone, loadout drops are the only way to acquire perks, which provide players different advantages in all aspects of the game.  For these reasons, loadout drops are absolutely essential for providing your team with the upper hand when engaging in gunfights with enemy squads.

Overall, Activision’s free-to-play, battle royale Warzone, is a must download for any gamer that’s also a fan of first-person shooters.  It provides an entirely different perspective on Call of Duty and the future of first-person shooters.  As a CoD fan for over a decade, it feels so good to see the franchise back on top again.  If they continue with the boots-on-the-ground style games, the future of the franchise is very promising.

Get online, CoD is back baby!