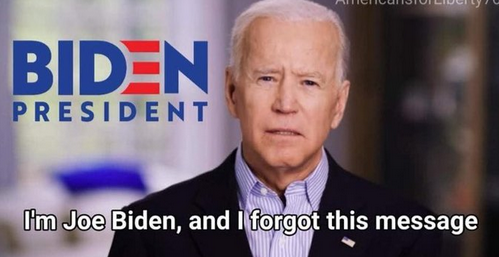 The mainstream media was shocked to see little known South Bend Mayor Pete Buttigieg and Senator Bernie Sanders dominate the beginning of the Democratic Primary. For the past few decades, every nominee for the two major political parties has either won the Iowa Caucus, New Hampshire Primary or both. Therefore, the idea of Mayor Pete or Senator Sanders becoming the eventual Democratic nominee seemed plausible. How was the frontrunner of the Primary, former Vice President Joe Biden, losing so badly at the time?

Despite the 2020 Iowa Democratic Caucus being handled so poorly, it was clear that Joe Biden was not well liked in the Midwestern state. As the supposed leader in national polls, the former Vice President received fourth place in the Caucus. Midwestern support is crucial to win the presidential nomination, but Joe Biden’s campaign had a weak ground game and could not garner enough support in Iowa.

On the other hand, Bernie won the New Hampshire Primary due to his progressive appeal in the state and won the Nevada Caucus due to his overwhelming Latino support. In addition, Senator Sanders surpassed the former Vice President in the national polls, adding to his momentum. The notion that an outsider candidate could become the nominee for the Democratic Party certainly raised flags amongst the Democratic establishment.

The South Carolina Primary came next, which had a significant majority of voters who were African American. Using his name recognition as Obama’s Vice President, Joe Biden pandered to African American voters to ensure his victory in the state. Nostalgia of the Obama days, a supposed “return to normalcy” and bringing back integrity to the White House were the ideas that Biden ran on. Are those ideas supposed to bring drastic positive change to America? Through influencing most mainstream media platforms, the Democratic establishment inculcated the idea that Biden was the most electable because he’s “moderate.” Consequently, the Democratic establishment preached that Joe was the man that could beat Trump.

Completely disregarding Bernie’s significant wins in the contests prior to South Carolina’s, the mainstream media exclusively covered Joe Biden’s first primary win in his THREE presidential runs. In fact, the mainstream media’s and the Democratic establishment’s bias towards Biden likely contributed to his series of wins on Super Tuesday. Besides those biases, other moderate candidates Pete Buttigieg and Amy Klobuchar strategically dropped out before Super Tuesday to endorse Joe Biden. In addition, “progressive” candidate Elizabeth Warren refused to cease her run earlier and did not endorse Sanders to bolster the progressive movement. As a result of several odds stacked against him, Bernie eventually dropped out of the race to endorse lukewarm Joe Biden.

Unfortunately, Sanders currently supports the idea of “vote blue, no matter who.” In other words, it’s the notion that voters must vote for the lesser of two evils: Joe Biden. However, the Democratic Party is not entitled to any vote. If they want to win, they must earn the votes of Bernie’s large progressive base by adopting some of his policies.

Furthermore, let’s think about what a vote for Joe Biden really means. He is well supported by the Democratic National Committee (DNC), an oligarchic organization that lends its support to candidates that kowtow to its values. The organization utilizes identity politics to pander to certain demographics in order to gain their vote. Once in power, establishment politicians hardly prioritize the needs of their constituents, but rather use politics to gain status, power and wealth for themselves. Joe Biden is a textbook candidate for the Democratic Party because of his allegiance to corporate interests more than the common people.

Looking past his myriad of verbal blunders that should really be raising some eyebrows, let’s analyze his political record. He’s advocated for cuts to Social Security without providing an alternate solution and denies doing so today. He voted for the Iraq War, which costed the lives of not only innocent Iraqi people, but many American soldiers as well. Biden has also been in favor of free trade agreements that adversely affected working class Americans. He has even used his political influence as Vice President to not only appoint his inexperienced son to a board position of a Ukrainian energy company, but also quell the attention needed toward allegations of sexual misconduct from former Senate staffer Tara Reade.

Overall, voters should not be gaslighted into “voting blue, no matter who.” Rather, they should analyze the candidates who are running and vote for someone that represents their values.