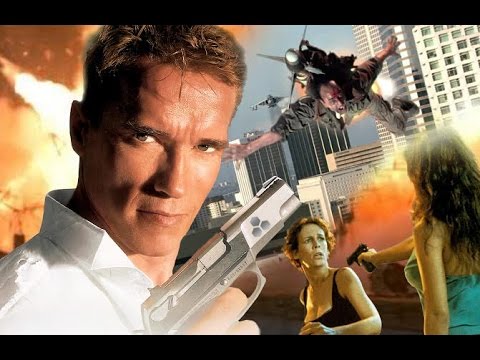 Movie theaters are finally opening back up all across the US, but many of us are still apprehensive to go out or don’t think there’s anything worth watching. So rather than go out, we stay home and sit back and enjoy a film on our televisions at home. In my experience, the movies that translate the best to the small screen, other than small, intimate dramas, are traditional action movies. Movies like Die Hard or Rambo, with carnage, guns, fistfights, and a good story with likable characters to top it off. Here are a few great action movies worth watching this weekend.

In the 2012 film, Get the Gringo, Mel Gibson plays a career criminal who ends up in a tough Mexican prison that functions more like a small city than a correctional facility. With the help of a 9-year-old boy and his mom, Gibson learns to survive and find a way out. At only 95 minutes long, Get the Gringo is fast and furious, never letting up on the pace, action, or intrigue. It doesn’t pretend to be a piece of high art, but it doesn’t need to with multiple exciting and tense action set pieces set in a unique location and shot in such an energetic and engaging fashion. The talent seen behind the scenes is matched by the performances of the characters, with the charismatic Gibson proving he is still good enough to carry a movie. His character is genuinely likable and feels believable and vulnerable, not a walking death machine, but a real human being. The dialogue is sharp, witty, and tinged with black humor.  While it completely flopped at the box office, it is a genuine modern pulp masterpiece that is a clear cut above the competition. It can currently be watched as part of Amazon Prime Video or rented for only a few bucks.

While the 2012 film Universal Soldier: Day of Reckoning is technically the fourth Universal Soldier film, it can be enjoyed without watching any of the prior films. While its prequels were very schlocky action movies, typical of those seen in the ’90s, Day of Reckoning tells a complex and compelling sci-fi story about identity and revenge set against the backdrop of gritty uber-violence. Jean-Claude Van Damme and Dolph Lundgren both reprise their roles as Luc Deveraux and Andrew Scott, but the protagonist is John, as played by Scott Adkins. John wakes from a coma to discover his wife and daughter were murdered in a home invasion. He vows revenge against the man responsible, Luce Deveraux. The movie soon descends into madness with brutal action scenes after brutal action scenes, including a particularly creative one in a sports equipment store. The action sequences are shot with a great sense of weight and kineticism where every strike crunches with immense impact. Outside the action, the film feels both narratively and stylistically almost avant-garde, with a confusing and abstract structure and strange imagery. However, don’t let that put you off as you can ignore that and enjoy this on its own merits as a satisfying and punch modern action classic. While originally a direct-to-video release, it can now be streamed as part of Showtime or rented on other online services.

Released in 2018, Upgrade tells the story of Grey Trace, who is left paralyzed and widowed following a brutal mugging. Offered a cure in the form of an experimental artificial intelligence implant, he takes it. Not only can he walk again, but he is imbued with superhuman strength and speed, enabling him to exact revenge on those who turned his life upside down. While narratively it reads like a pastiche of countless prior films, the whole is much greater than the sum of its parts. It never takes itself too seriously, but also doesn’t devolve into insufferable fourth-wall-breaking dialogue either. Rather, it straddles the line perfectly and as a result, tells an impactful and incredibly watchable story. The action is some of the best to appear in a major movie in years and the cinematography isn’t half bad either, with harsh red lighting casting an imposing presence across most scenes. It certainly won’t win any awards for deep themes, but what’s here is fantastic and very enjoyable. While it isn’t on any streaming service at the moment, it can be rented for only a few dollars and is great fun to watch with a few friends.