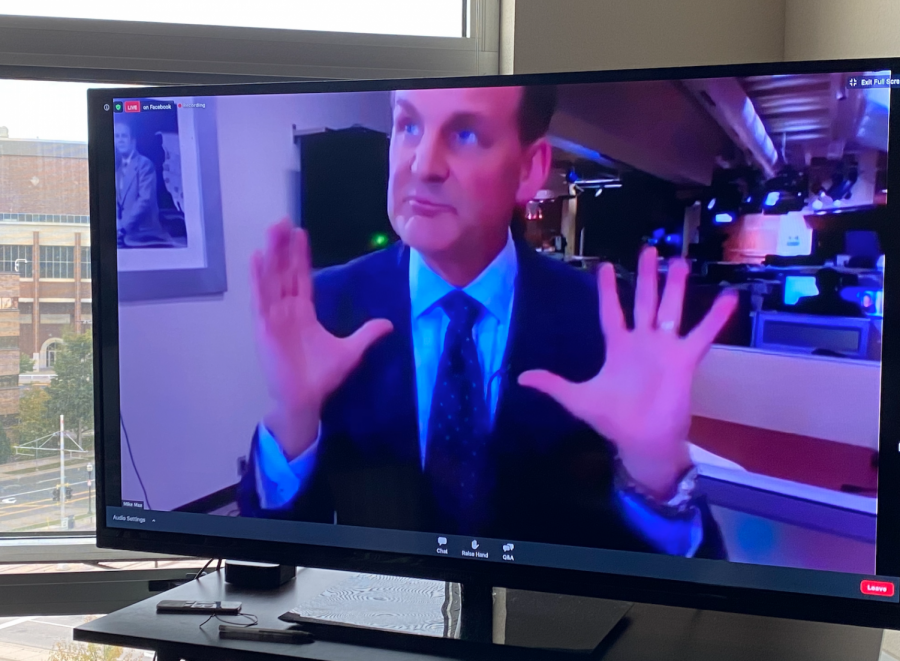 On Friday, Sep. 25, The Minnesota Daily hosted an online Zoom celebration with Daily reporters, Megan Germundson and Yoko Vu, as well as speakers Andrea Jenkins, Minneapolis City council – Ward 8; Mike Max, Sports Director at WCCO; and Elizer Darris, Smart Justice Organizer from the ACLU (Darris did not show, perhaps from technical difficulties). The direction of this engagement was to speak on the right to peacefully assemble, and protest.

The discussion started, and it was eminently clear how race can impact one’s view of the world. In terms of how it applies to the Minneapolis community, the discussion reached an agreement, “The reality of the police violence…not only does it create the pain that is deeply felt by African Americans…but it costs us money, millions and millions of dollars a year that we as taxpayers pay,” stated Jenkins.

Additionally, the protests resulting in Minneapolis following the death of George Floyd exacerbated these realizations.

“Defunding the police was never going to be on the ballot – the valid question was whether or not we can change that we have a certain number of police officers…create the office of public safety,” said Jenkins.

This was a very good point – and Max echoed, “”We have to be really careful of the messages that come out of the protests,” when there is a large group of individuals who believe that there will be a mass defunding when in actuality it is a shift to a public office of safety, the way we spread this information is ever more important.

“We have to make sure there is a difference between protesting and rioting,” added Max. With that difference in mind, another comment that Jenkins made was, “We need the support of community members…we need everybody engaged,” and hence that engagement will create a more educated community.

After a brief intermission following the engagement between Jenkins, Max, and Germundson, the group rejoined for a panel with Daniela Kunkel, John Kipper, Olivia House on activism.

In the second part of the discussion, focusing on activism, the discussion opened up with Kipper’s dismal comment, “The right to assemble is already so limited,” emphasizing the issues with school’s limiting free speech, assembly, and the laws surrounding when and how activists can assemble.

House added to this, “We have this right, but we have a curfew,” when considering the George Floyd protests.

The discussion continued to how race impacted the African American community this summer, and how it negatively affected emotions, as well as resources at school.

“Black youth did not get to have a normal summer this year,” said House prior to mentioning how this pertained to school applications as well as resources. Following these mentions, the discussion moved towards social media activism.

“It was exciting for me as a designer to see these designs…it was a huge way to spread resources and information. But then there’s the other side of that coin where misinformation was spread, as well as performative activism…or the black square [in reference to an Instagram trend wherein users post a black image using BLM-friendly tags].”

Kunkel added, “Seeing things on Instagram or Twitter, it is so easy to consume so oftentimes you don’t have time to evaluate what you’re consuming.”

The conversation progressed to speaking on the race issues that plague campuses including revealing their name when associating with protests, race and issues with professors who have conflicting views on race.

Another beautiful point that House made was that news organizations covering these topics is that the language is too passive and neutral – although news organizations must be “unbiased,” the activists agreed that there needs to be a more radical approach on reporting. These approaches may include harsher language, solution suggestions, resources, and more.

House added, “[Newspapers] aren’t actively participating in the protest,” citing her own Editor-in-Chief being on the ground for the protests, and noting that larger newspapers use events as a transaction.

In his final comments, Max added, “Learn as much as you can about other cultures, don’t just study the textbook.”

If you would like to watch the full Zoom recording or are seeking resources, visit The Minnesota Daily for more information.