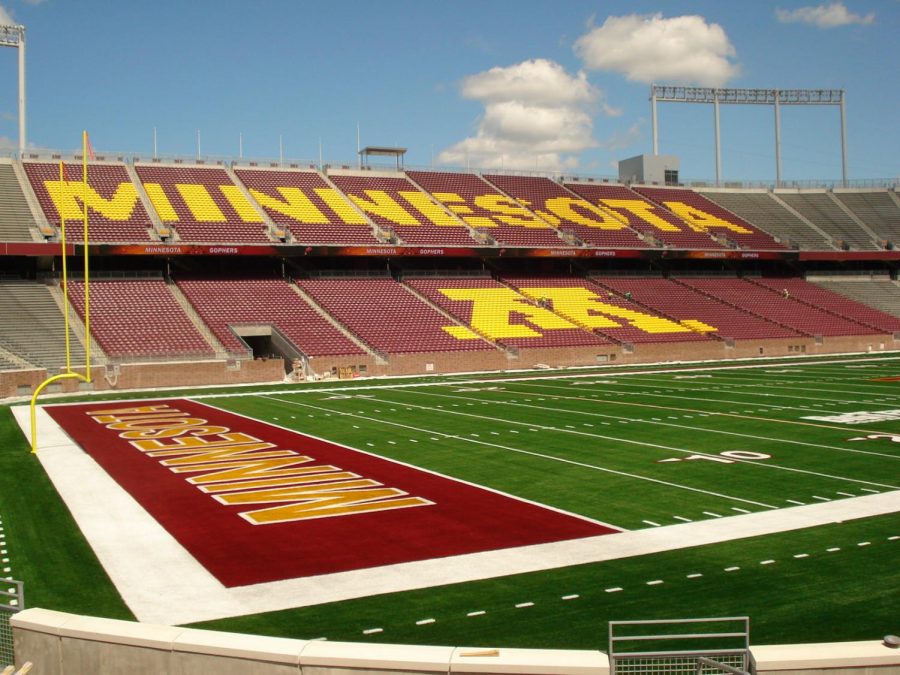 Golden Gopher football has gotten off to a start that has probably surprised more people than not. The Gophers currently sit at 1-3 and are 6th in the Big Ten West, three games behind first-place Northwestern (I know, what?). Perhaps the most surprising aspect of the poor start has been the actual play on the field, which for the most part has looked uninspired and lackadaisical.

One major difference between this season and last season’s major success is the efficiency that the offense created. Last season, the Gopher offense ended the season ranked 22nd in the entire country. Leading the way for this ranking was the dynamic passing attack led by Tanner Morgan, Rashod Bateman and Chris Autman-Bell, which put up 253 yards per game (YPG) and 2.4 touchdowns per game. This season through four games, the offensive sits ranked at 61st while putting up a less-than-impressive 192 YPG and one touchdown per game.

On a more positive note, the running game has been churning out stunning performances as of late, and junior running back Mohamed Ibrahim has been the life blood of an offense barely hanging on.

With the Gophers retaining the majority of their offense (including all of their offensive line) from last season, it surely is a curious case as to what has actually happened to this high-power, top 20 offense in less than one calendar year. Yes, the offensive line has been hit with multiple injuries and positive Covid-19 tests over the past few weeks, but then how has Mo Ibrahim become a high-profile back who has already passed his yard and touchdown totals from last season, in only FOUR games?

One out of a potential boat load of reasons this could be is the fact that the defense has become much less threatening this season. Opposite from the offense, the defense finds themselves without several stars from the 2019 season. Minnesota has lost seven of its eleven defensive starters from last season including Antoine Winfield, Carter Coughlin, Winston DeLattiboudere, Sam Renner, Thomas Barber, Kamal Martin, and Chris Williamson while being forced to slot in several true freshmen in their places.

PJ Fleck has attributed the defensive struggles to inexperience but has promised Gopher fans that their times will come saying, “They’re very good players. We’ve recruited some really talented players. You might be sitting there going, ‘I don’t see that.’ You might not see it yet. But it’ll hit, and it’ll happen, and we’ll see the fruit of the labor eventually.”

No matter if you trust in PJ Fleck’s process or not, in the present these unfortunate defensive changes have seemed to have a massive effect on the team as a whole.

In 2019, the Minnesota defense forced 14 interceptions along with five fumble recoveries and 28 sacks. While so far in the 2020 season, the defense has a mere 2 picks, one fumble recovery, and six sacks through four games. Now that there’s no two-headed dragon of pressure from both sides of the ball, it seems as though there is a massive amount of pressure on the offense to succeed.

Perhaps some of the offensive struggles could also be attributed to the loss of Kirk Ciarrocca, the former offensive coordinator that was with the Gophers since 2017. Ciarrocca left the Gophers for Penn State in the summer (who are now 0-4 for the first time in their history), so perhaps there could be some play-calling issues shining through this season with first-year offensive coordinator Mike Sanford Jr.

Regardless, the current outcome of this season does not look pretty. Although Gopher fans should give up hope just yet. Just as Coach Fleck has been preaching patience to players and fans, we must realize the overall situation of the program. As these true and redshirt freshmen continue to take the field, they will earn valuable experience that will undoubtedly help the team in the near future.

So the future is bright for PJ Fleck and the Golden Gophers. In fact, I would go as far as to say that this group has the potential to be a golden generation for Gopher football. With the continuous growth from the current roster and impending talents waiting to come in, Gopher fans still have much to be excited about.