A Look at the NBA as the All-Star Break Approaches 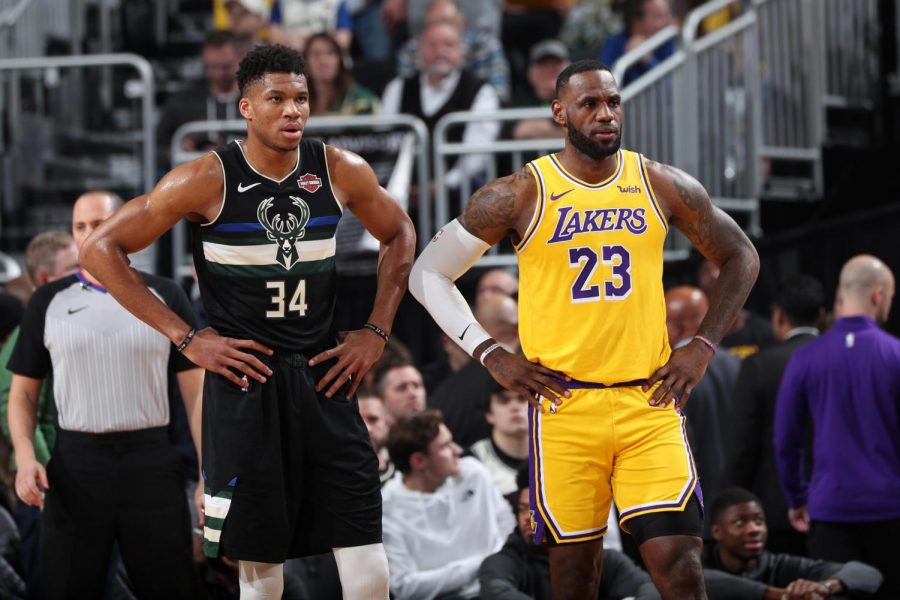 Each year as the NBA season approaches the All-Star break, fans can usually have a solid projection for the second half of the season. With a shortened season and multiple blockbuster trades, this NBA season is as much of a toss-up as ever. With most teams struggling to find their rhythm and no clear-cut favorite to win the title, the second half of the 2020-2021 NBA season may be one of the most exciting yet.

The Los Angeles Lakers are out to prove their bubble win was no fluke. With huge off-season additions of last year’s sixth man of the year and runner-up, Montrezl Harrell and Dennis Schroeder, the Lakers have added solid depth to their roster. Even in year 18, Lebron James is playing some of his best basketball, shooting over 40% from beyond the arc. The reigning champs currently sit at second in the West and are most definitely a top contender.

After a disappointing second round exit from the playoffs last season, Giannis Antekepounmpo and the Milwaukee Bucks are looking to prove they can perform on the bigger stage. In the off-season, the Bucks gave up guards George Hill and Eric Bledsoe in a four-team deal to add Jrue Holiday from the New Orleans Pelicans.  The team also added solid depth with the signing of Bobby Portis, DJ Augustin, and Torrey Craig. After struggling early on, the Bucks currently sit at second in the East. They hope that the offseason changes can elevate the team’s postseason success.

Perhaps the most intriguing team this season is the Brooklyn Nets. In a mid-season trade, the Nets acquired superstar James Harden from the Rockets, forming the league’s newest big three with Kevin Durant and Kyrie Irving. Brooklyn did pay a hefty price to get Harden, giving up solid players Jarett Allen and Caris Levert, and many first round picks. While the Nets now have one of the most high powered offenses in the league, their defensive rating has plummeted. After two losses to the Cavs and a 5-5 record in the last ten games, many are bearish on the Nets. The team is in a win-now mentality, but the Steve Nash coached team has many holes to fix before it is a solid championship contender.

After shocking everyone with outstanding play in the bubble and a Finals berth, the Miami Heat are off to a rocky start to the season. After boasting one of the best offensive ratings last season, the Heat are currently the 26th rated offense in the NBA. The Heat normally thrive from beyond the arc with great shooters like Tyler Herro and Duncan Robinson, but streaky shooting this season has slowed down their offense. Team leader Jimmy Butler did miss nine games due to Covid protocols and the season is as young as ever, especially in the East, so all eyes will be on the Miami Heat and if they will be able to turn their slow start around.

Former dynasty Golden State Warriors are trying to find their new identity after parting ways with Kevin Durant and having an injured Klay Thompson. Steph Curry is fighting to keep the Warriors relevant, boasting 62 and 57 point games this season. With the second 2020 draft pick James Wiseman proving to be a solid force on the court, the Warriors could make some noise in the West.

After blowing a 3-1 lead in the Western Conference semi-finals to the Denver Nuggets, the Los Angeles Clippers are set on winning a title. Paul George struggled in last year’s playoffs, but he is now playing with a chip on his shoulder, shooting a shocking 47.8% from beyond the arc. The Clippers are solid from three, with Luke Kennard shooting 45.5% and Nicolas Batum shooting 46.8% from deep. Currently sitting at a close third in their conference and playing great basketball, it is very likely that whoever comes out of the West will have to go through the Los Angeles Clippers.

One of the most exciting stories of the 2020-2021 NBA season is rookie LaMelo Ball. The youngest Ball brother has been in the spotlight since a young age, and many doubted his ability to perform at the highest level. Ball is proving the naysayers wrong and is currently the frontrunner for Rookie of the Year. The Charlotte guard became the youngest player to record a triple-double, and leads rookies in assists, rebounds, and steals. The Hornets currently sit at the 9th spot in the east and it will be interesting to see if Ball can lead his team to a playoff berth.

The NBA appears to be the most balanced it has been in a long time. As we approach the mid point of the season, there are many exciting storylines and teams battling for position in their conferences. The second half of this season will undoubtedly be one of the most exciting we have had in recent years.