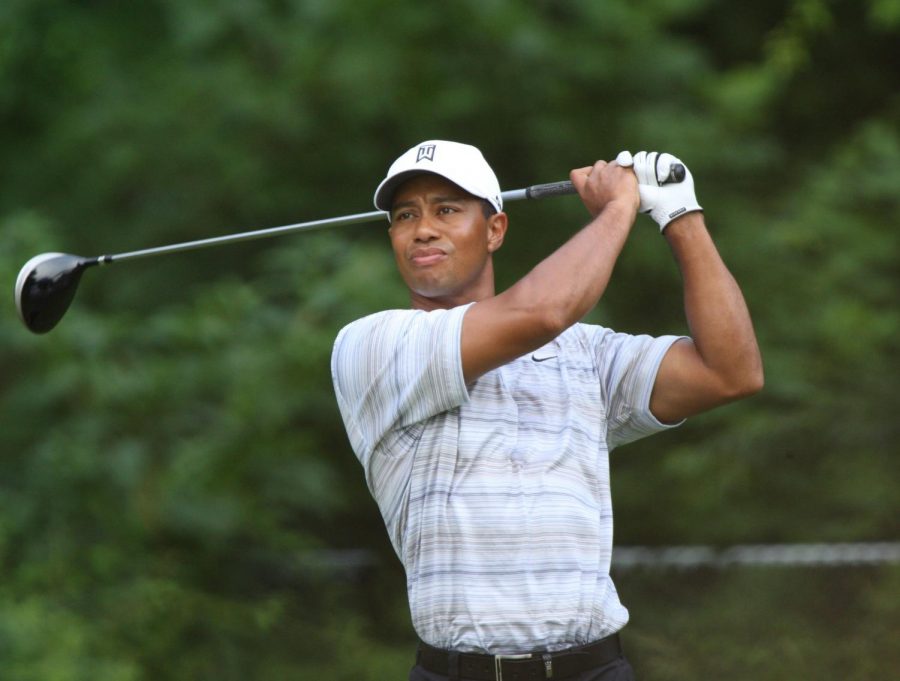 On Feb. 23, PGA Legend Tiger Woods was involved in a single-car crash, in the town of Rancho Palos Verdes, a coastal city near Los Angeles. Woods was said to be driving at a “greater speed than normal” when his car crossed over the median and rolled multiple times into the ditch, according to Daryl L. Osby, the Chief of the LA County Fire Department.

According to the fire department, Woods was conscious and alert when Deputy Carlos Gonzalez arrived on the scene, but was trapped inside of the mangled 2021 Genesis GV80 SUV, a courtesy car Woods was driving to the Genesis Invitational, a golf tournament at Riviera Country Club. Emergency workers used an ax and pry-bar to remove the windshield of the SUV and extricate Woods through the windshield.

Woods was put on a stretcher and rushed to Harbor-U.C.L.A. Medical Center by ambulance to undergo emergency surgery, according to Mark Steinberg, Woods’ longtime agent. Chief Executive of the Harbor-U.C.L.A. Medical Center, Dr. Anish Mahajan released a statement saying that Woods had broke both the tibia and fibula of his right leg, as well as multiple bones in the right ankle. Wood’s tibia and fibula were broken in multiple places, and were described as “open fractures,” meaning that they had pierced the skin.

Dr. Mahajan stabilized both breaks by surgically implementing a rod into the tibia. As for the multiple breaks in Woods’ right ankle, Dr. Mahajan said that they were “stabilized using a combination of screws and pins.”

The cause of the crash is still said to be unknown and may take weeks to decipher. In a press conference the day of the crash, Sheriff Alex Villanueva said that deputies “did not see signs of impairment,” and that, “there was no alcohol or pill bottles, and furthermore no smell of alcohol coming from neither Woods nor the vehicle.”However, according to Villanueva, there was no effort to draw blood at the hospital. According to the investigation report, there were no signs of skid marks, which, if evident, would indicate that Woods had attempted to stop before rolling multiple times into the brush alongside Hawthorne Blvd. Weather did not seem to play a factor in aiding the crash, as Woods was driving around 7 a.m., when the weather in Rancho Palos Verdes was clear and dry.

Although unnerving, this was not Woods’ first car accident. On Nov. 27, 2009, after news of Woods’ infidelity became public, Woods was knocked unconscious for about six minutes, after crashing his Cadillac Escalade SUV into a fire hydrant, a tree, and multiple hedges near his home in Florida. When Nordegren arrived to find Woods unconscious, she used a golf club to smash the rear passenger window and drag him out of the car. When authorities arrived, Woods was said to be snoring, and was not wearing shoes or socks.

The second incident happened just four years ago in 2017, Woods was found unconscious behind the wheel of his Mercedes-Benz, where he was arrested for driving under the influence. Follow-up tests concluded that Woods had multiple substances in his system, including Xanax, Vicodin, Dilaudid, Ambien, and THC. It is safe to say that Woods’ driving record is far from pure, but further analysis is needed to conclude the cause of the crash on Feb. 23.

What does this mean for Woods’ future in golf?

Tiger has proved he is one of, if not, the greatest golfer the sport has ever seen, but his legacy throughout his career has been tainted by decisions made outside of competition. With the lowest career scoring average in PGA Tour History, Tiger’s golf game has proved to be a diamond in the rough. He is tied with Sam Snead for the most PGA Tour wins in history (82) and is three Major Tournament Wins (15) away from tying that of Jack Nicholas, a legend in golf, and one of the greatest of all time.

Woods’ career has proved to be an uphill sprint, as he has battled extensive back injuries, and the pressure of the media. After 11 years of lacking a Major Tournament win, his 2019 Masters Win, aka the ‘Return to Greatness’, marked what seemed to be a major turning point in the narrative of his career. He was back at his best, and it seemed that nothing could slow him down. It is difficult to say what will become of the Legend Tiger Woods, as he will begin rehabilitation on a very serious set of leg injuries, but do not be surprised when, against all odds, Eldrick Tont ‘Tiger’ Woods comes back in glorious fashion to win another Major Championship.