How Larry David’s, Curb Your Enthusiasm, Saved an Innocent Man from Death Row 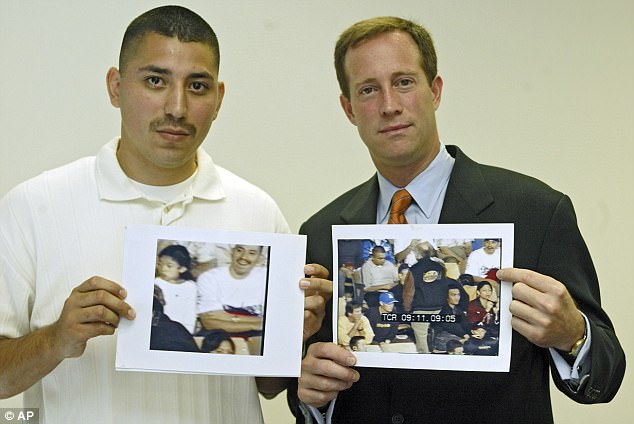 On May 12th 2003, a young woman named Martha Puebla was shot dead outside of her residence in Sun Valley, California. In the week prior, Martha had testified against Mario Catalan for accessory to murder, relating to gang violence. At the time of Martha’s murder, Mario’s brother, Juan, was at a Dodger’s game with his daughter. Juan was an avid Dodger’s fan- having attended hundreds of games. However, Juan Catalan had a detailed criminal background, from his teenage years.

A few months later, he was arrested for the murder of Martha Puebla. Juan was an innocent man that had been framed for a crime that he didn’t commit. Although this was certain to him and those close to him, the District Attorney of Sun Valley, held a strong conviction that it was Juan Catalan who senselessly murdered Martha Puebla. It was not until Juan’s lawyer reviewed an unedited film of the popular HBO show, Curb Your Enthusiasm, that Juan was proved to be innocent and rewarded $320,000 for framing and abusing Juan Catalan.

Juan was not only facing charges for murder, but was expected to face capital punishment. He retained Todd Melnik as his lawyer. Upon their first meeting, Catalan told Melnik his whereabouts on May 12th, at the time of the murder, detailed by the crime column “He attended the game with his 6 year old daughter, his cousin Miguel, and his friend Ruben. The game was tied 4-4 at the top of the 9th inning and ran late. At the bottom of the 9th the Braves had hit seven runs, beating the Dodgers 11-4. As Catalan and his companions left the game he stopped to buy some baseball cards for his daughter. Once outside the stadium he placed a call to his girlfriend, drove his cousin Miguel home, and then went home himself. He didn’t recall doing anything else that night.”

Although Catalan was able to find his tickets to the game, this was not strong enough evidence to suggest he was at the game and innocent of his charges. His attorney referenced his seat number and searched through every ounce of game film that could possibly identify Catalan, but to no avail. After this search, Melnik contacted the individuals who were sitting next to him and his family, but none of them felt comfortable enough to testify on his behalf. It had begun to look as if Catalan was without an alibi. Prosecutor’s further doubted this claim because he had not mentioned his presence at the game when initially questioned, but Catalan explained that he was in complete shock, during the questioning.

With little left to go off, Melnik was determined to prove Catalan’s innocence and asked him one more time, if there was anything he could remember about the game. Catalan mentioned that he saw a film crew present at the game and security blocking off the aisle. There began to look like there was a glimmer of hope. Melnik quickly went to Dodgers stadium and spoke with the media department and asked if there was any film company present at the May 12th game. It turned out that Larry David’s, Curb Your Enthusiasm, was being filmed at the Dodger’s game that day. Melnik called up HBO productions and set up a meeting to begin sifting through the unedited film.

This film turned out to be the break Catalan and Melnik were looking for, in an interview with NBC News Melnik details the moment he saw his client on film, “We were watching tape after tape after tape and finally he showed up after tap number five…I jumped out of my chair and pointed at the screen and said that’s him! That’s him!”. Melnik had found exactly what they needed to prove Juan Catalan innocent of his charges- a charge that should have never been imposed on him.

After reviewing the tape and time stamps, the Judge on the case dismissed all charges. Juan was then awarded $320,000 for being falsely accused of murder and wrongly confined for six months.

To this day, Attorney Todd Melnik and Juan Catalan maintain a close relationship. Juan is now an avid fan of Larry David’s “Curb Your Enthusiasm”.