Just this September, the state of Texas took the matter of a state abortion law into their hands as they crafted a controversial bill on this issue. This past May, Governor Greg Abbott signed Senate Bill 8 (SB8), which bans abortions as early as six weeks into pregnancy. Senate Bill 8 additionally leaves no exceptions for sexual abuse, rape, or incest, causing even more disagreement on the topic.

The bill’s spokesperson, Texas Governor Greg Abbott (R), stated that the goal of this law was to ensure that no abortions would take place after the duration of early pregnancy because of the “fetal heartbeat,” when the fetus heartbeat is typically detectable in the embryo.

Although this bill strives to rid the state of abortion past the stage of heartbeat, what it fails to account for is the overwhelming number of calls neighboring states are receiving in their clinics in addition to the amount of time it often takes to come to the realization of pregnancy for the average woman.

Hospitals in neighboring states including Oklahoma, Kansas, Colorado, and New Mexico have all received their fair share of calls from panicked Texan patients. These Texas calls ranged from minors, to sexual assault survivors, to patients with cases involving fetal anomalies, according to a recent Justice Department court filing. One minor from Galveston, Texas, who was also a recent victim of rape, was forced to drive over eight hours to the state of Oklahoma to end her pregnancy. In doing this, she simultaneously feared that her family would face legal liability as a part of this new ban.

A full report of exactly how many women were actively seeking abortions or in need of one right before the passage and approval of this bill is still unknown, but according to the Texas Health and Human Services, the state conducted over 19,000 abortions during the month of April alone. Neighboring states have had to deny a lot of fleeing patients as they do not have the staff of capability to take in the amount of patients requesting services.

Six weeks to most women is just barely enough time to come to the realization that they’ve just missed a period cycle. For women with irregular cycles, this duration could remain even longer. While most at-home pregnancy tests take roughly ten days after conception for an accurate result, there always lies the chance of a false negative. For the most reliable results, it is recommended that a woman waits until after the first day of a missed period to ensure the avoidance of a false negative, and with this new Texas abortion law, that provides only two weeks of maximum time to get appointments scheduled and allow recovery.

While the state has no problem placing this law, very little has been mentioned on any form of support for these young women who are obligated to give birth, especially for those who were raped or sexually abused. Rape is not a woman’s choice. Rape is unlawful. Despite it being unlawful, the pressure to have a child, even after an unwanted incident is lawful thanks to the state of Texas’ newly adopted abortion law.

Many others will argue that abortion is an easy option, but what they forget is the stress that pregnancy puts on a woman’s body at any age and the loss of opportunities resulting from pregnancy. Pregnancy consists of not only the painful act of birth itself, but also the continued doctor appointments, soreness, and mood swings leading up to the event itself. The fees for these appointments and medicine to assist the process come out of the patients’ pockets, regardless if they can support the child or not.

The reason this is becoming such a big issue now is because the Supreme Court decided not to block this new law. This has rapidly resulted in public scrutiny and ample commentary from health experts with opposition to the response. Many other states currently leave their ban at twenty or twenty-four weeks.

There is also a lot of medical contingency that revolves around the issue that is being decided primarily by politicians. The majority of people in the political sphere have not attained a doctorate in the medical profession, let alone more than a political science degree from their alma maters. Politicians without the proper background could lead entirely to a whole new women’s health epidemic.

The Supreme Court’s decision to avoid the blockage of this new law simultaneously places a great deal of pressure on other republican controlled state legislatures. With this issue being taken so lightly, it leaves room for more adaptability and likelihood of passage on future severe controversial bills. The Supreme Court was intended to be a nonpartisan government institution and this bill’s passage goes to show that partisan bias could divide American society even further.

Despite this issue taking place in the South, Minneapolis residents have even begun to worry for their own state’s future. The state of Minnesota has remained mostly inactive in anti-abortion laws; however, citizens do not believe that this should be taken for granted.

On Monday September 13th, roughly 250 Minnesotans gathered in Saint Paul at the Minnesota State Capital to protest Senate Bill 8 and the stance the Supreme Court chose to take in its passage with the six-week abortion ban.

Dr. Sarah Traxler, the North Central State Planned Parenthood chief medical officer, recently stated that, “We’re always in a battle around protection of abortion access. You look across the country – every state is one election cycle away from potentially serious and extreme restrictions, just the one in Texas. And Minnesota is no different.”

We’re always in a battle around protection of abortion access. You look across the country – every state is one election cycle away from potentially serious and extreme restrictions, just the one in Texas. And Minnesota is no different”

The future implications of the Texas Senate Bill 8 on the rest of the United States, particularly anti-abortion states, is still unknown, yet this likely opens a gateway for more biased and partisan political decisions within our government – both locally and federally from each divided side of the political aisle. Today it’s abortion. Tomorrow other controversial women’s health topics could join this one in a debate or legislature. 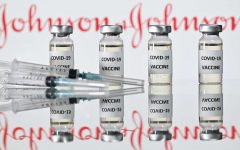 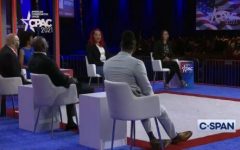