Can you be the best without being the greatest?

Why Aaron Rodgers is the most talented QB of all time 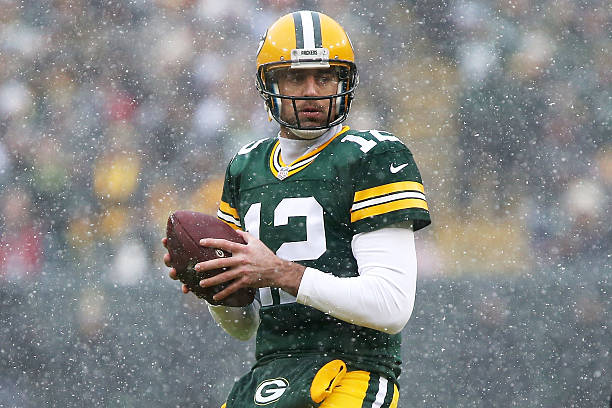 GREEN BAY, WI - DECEMBER 04: Aaron Rodgers #12 of the Green Bay Packers drops back to pass in the first quarter against the Houston Texans at Lambeau Field on December 4, 2016 in Green Bay, Wisconsin. (Photo by Dylan Buell/Getty Images)

We all know that Tom Brady is the greatest Quarterback of all time, you can’t argue against seven Super Bowls, but is he the best QB of all time? I am here to argue that he is not and why another number 12 may be the most talented Quarterback to ever step on a football field.

When the Packers took Aaron Rodgers in 2005 everyone was a little shocked, they already had Brett Favre, who was considered by many as one of the best quarterbacks of all time. Looking back on it now, it is one of the best draft picks ever made. Since Rodgers took over at Quarterback in Green Bay he has been nothing short of amazing. Leading the Pack to a Super Bowl in 2010, winning 3 league MVPs and leading the league in touchdowns twice.

The stats back up the fact that Rodgers is the most talented QB to ever play the game. First, let’s look at passer rating. Passer rating is the premier system to rate how a quarterback has done. It calculates yards, attempts, completions, turnovers, and touchdowns. .

He also has the highest career passer rating for any quarterback who has played more than five seasons.

Aaron Rodgers also ranks 7th all-time in touchdowns with 418. While he is only 7th all-time, he is the fastest player to ever reach 400 touchdowns doing it in 193 games, 12 fewer games than the next closest player. People forget that he had to sit the first 3 years of his career behind Favre so his career numbers are not going to be as high as some of these guys that played 20 seasons.

Rodgers also ranks second all-time in league MVPs with 3, winning his third last year at age 37 with a good chance to win another one before he retires.

As mentioned before, Rodgers is only the 7th quarterback all-time to reach 400 touchdowns. At the time of his 400th touchdown, Rodgers had 88 interceptions. Let’s look at where the other six were when they reached the same milestone. Tom Brady (143), Drew Brees (196), Peyton Manning (198), Philip Rivers (202), Dan Marino (231) Brett Favre (258). Aaron Rodgers is so much more efficient than the other quarterbacks to play this game. It is ridiculous.

These are just some of the stats that show how dominant Aaron Rodgers is, but when you watch the man play he makes throws that no other quarterback can make. Two throws that come to mind when I think of Aaron Rodgers. It was the 2015 NFC divisional round against the Arizona Cardinals. The Packers were down a touchdown with one final chance to score, the ball was at midfield and the Cardinals brought pressure, and as soon as Rodgers got the snap pressure was on him. He escaped the pocket and rolled out left, while rolling left with pressure still on him he threw a ball off his back foot with all his momentum carrying himself away from the throw. He threw a perfect ball to Jeff Janis in the end-zone to tie the game.

The other throw didn’t even count and my explanation wouldn’t do it justice so here is a clip of the throw. To this day it is the best throw I have ever seen.

The fact that Aaron Rodgers is in the G.O.A.T conversation with only one super bowl shows how dominant he is. Rodgers is the most talented Quarterback to ever play the game and the numbers back it up. Super bowls do not show the dominance of a Quarterback because as Rodgers once said “It is a true team sport no one player can take a game over completely.” It takes an entire squad to win a championship but from an individual standpoint, Aaron Rodgers is more talented than any other Quarterback to ever step foot on an NFL field.