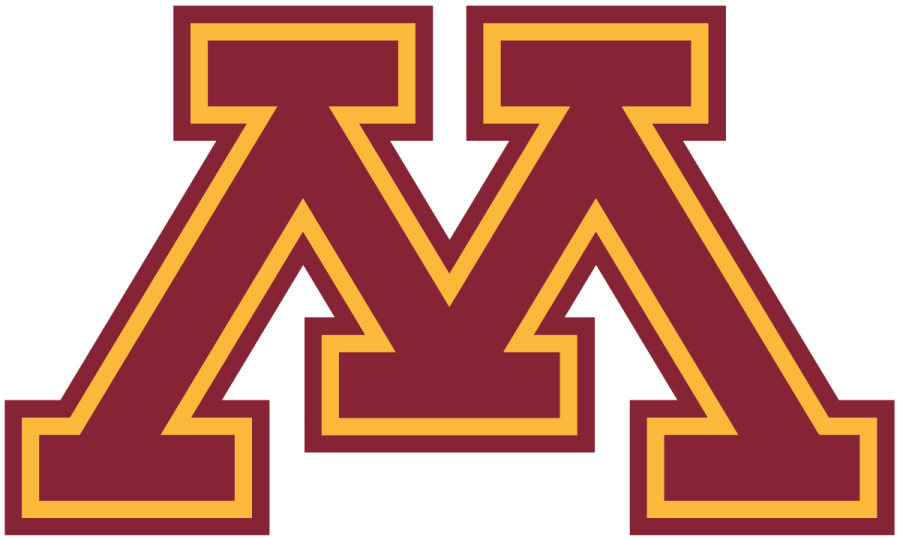 The Minnesota Golden Gophers Men’s Ice Hockey Team is getting into the groove of their hockey season. Taking on the Mercyhurst University Lakers, the St. Cloud State Huskies, the University of Minnesota-Duluth Bulldogs, and now with their most recent matchups against the University of Notre Dame and their border battle rivals the University of Wisconsin-Madison Badgers.

The Gophers continued their season with a home bout at 3M Arena at Mariucci against Big Ten competition, the University of Notre Dame Fighting Irish. Sitting at an even .500 with a 3-3 record coming into the weekend, the Gophers were looking to find a little momentum and get their season rolling again. The first game of this series took place on Friday night, October 29 at 8:00 PM. In this game, Minnesota hosted four separate goal scorers, while defenseman Ryan Johnson posted a single-game career high with two assists to tie his best. The Gophers were the first team to find the back of the net in this game, as Ben Meyers tucked his second of the year on a beautiful wrap-around goal, with help from Johnson for his first assist of the game. In the second period, Johnson set up Bryce Brodzinski for his team-leading fifth goal of the year, and eventual game winner. Notre Dame’s Graham Slaggert scored with 5:31 on the board in the third period, but this effort wouldn’t be enough as the University of Minnesota netted two more goals before the game’s end. Mason Nevers grabbed his fourth goal of the year with assists from Matthew Knies and Matt Staudacher. Blake McLaughlin found the back of an empty net with the help of Jack Perbix. Head Coach Bob Motzko stated postgame, “That was probably the best game by our defensemen this year, and we needed it. We needed to have a game like this tonight… sometimes in a season, you need guys to make plays for you… we got a couple tonight.” Gopher goaltender Jack LaFontaine made a total of 28 saves on 29 shots faced throughout the night.

The second game of this Big Ten series took place on Saturday night, October 30 at 5:00 PM. To complete the series sweep, the Gopher Men’s Hockey team beat the Notre Dame Fighting Irish by a score of 3-2. At 11:25 in the first period, Grant Cruikshank found the net to open up this game’s scoring with assists from Jackson LaCombe and Rhett Pitlick. Grant Silianoff scored with a second left in the second period to tie the game for the Irish. Early in the third, Jonny Sorenson scored his first of the season with an unassisted tuck, but the Irish quickly tied the game back up with a goal from Solag Bakich. The Gophers leading goal scored Bryce Brodzinski stood up to the challenge with a 2-2 tied game, and propelled the University of Minnesota past the Fighting Irish with a goal at 17:45 in the third period. Blake McLaughlin and Brock Faber had the helpers on this game-winner. Jack LaFontaine with 26 saves on the night added another win to his resume.

The following weekend, November 5 and 6, the Gophers hit the road and headed to Madison, Wisconsin to take on border and Big Ten rivals, the Wisconsin Badgers. Game one of this series taking place on Friday night at 7:00 PM, with the Gophers wearing their “100th Season” special away jerseys from last season. In this game the University of Minnesota fell by a score of 3-4. Gopher goals were scored by Sammy Walker, Brock Faber and Blake McLaughlin, but those three goals were not enough as Wisconsin’s Brock Caufield found the back of the net in overtime to give the Badgers this Big Ten matchup win. Goaltender Jack LaFontaine made 32 saves on 36 shots on the night. The “U” soon looked for redemption the next night.

Game two of this series took place Saturday night at 8:00 PM. The Gophers bounced back in this game, taking a 4-1 win to split the series. Gopher goals were scored by Matthew Knies, Aaron Huglen, Sammy Walker and Jaxon Nelson, while the lone Badger goal was netted by Roman Ahcan. Jack LaFontaine made 34 stops on 35 shots faced, while backup goalie Justen Close made his first appearance of the season in the final minutes of the game, making three saves on three shots.

The Golden Gophers next matchups consist of taking on Ohio State and Penn State at home on November 12 and 13, and November 19 and 20, back to back weekends.