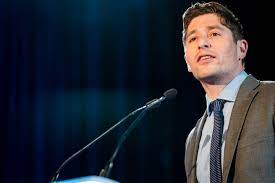 The Minneapolis mayoral election is decided by ranked-choice voting, meaning voters ranked their candidates in order of preference. There were a total of 17 candidates running this term, with 11 candidates receiving at least 1 percent of the votes. The three primary contenders were Jacob Frey, Sheila Nezhad, and Kate Knuth. All of the three front runners are members of the DFL.

Jacob Frey, the incumbent, focused his campaign on improved community safety, strengthening community-police relations, and affordable housing. Kate Knuth championed many of the same causes as Frey, as public safety and affordable housing were two key points she ran on. Sheila Nezhad campaigned on big-picture ideas for the city. Her progressive ideas on climate change and social justice attracted the progressives of Minneapolis but ostracised many others.

The last round of ranked-choice voting crowned Jacob Frey the winner, leaving Kate Knuth in second. Frey received 49.1 percent of the votes, and Knuth tallying 38.2 percent. Frey credits his stance opposing the removal of the police department as the main reason for his re-election. He instead rallies the city as he says “let’s combine around these efforts right now and bring a multi-faceted response for public safety.” He will serve the city for another term, still facing the problems of the COVID-19 pandemic and police reform.

The city council races facilitated the election of 13 members. Five incumbents lost their seats, including Kevin Reich, Cam Gordon, Steve Fletcher, Phillipe Cunningham, and Jeremy Schroeder. Minneapolis voters obviously wanted some fresh faces on the council, and it is now up to them to deliver on their campaign promises. The city council is filled with progressives, who although identity with the DFL, often disagree with their fellow party members.

The three ballot measures proposed on November 2 made national headlines. Executive control, removing the police department, and rent control were accompanied by contentious debates across the city. The first measure, executive control, asked voters to pick where the buck stops in Minneapolis. The confusion with leadership during the pandemic and the death of George Floyd brought this issue to the forefront of the consciousness of Minneapolis. Under the current system, there is a committee that decides who runs city departments, this measure proposed that this should be the sole responsibility of the mayor. This measure passed, with supporters excited by the prospect of newfound accountability within the city government. Measure two, removing the police department, was covered by national publications eagerly awaiting the city’s decision. This measure would replace the police department with a public health-oriented department. While police would still be called during violent events, the citizens of Minneapolis deemed the police department as necessary and voted to keep it intact. Measure two fell short, receiving 44% of the votes. This close call foreshadows the continuation of the fight for reform within the city’s police department. The third measure dealt with the issue of rent control in Minneapolis. Rent control measures place a limit on the amount of money landlords can demand when leasing a property. Proponents say this would keep living costs affordable for low-income residents, while opponents state that the policy intended to help low-income residents backfires. Rent control can cause housing shortages and potentially reduce the number of affordable housing options for people. The citizens of Minneapolis voted to pass the ballot measure on rent control, and landlords now must adjust to the change.

Election day was marked with significant changes to the way Minneapolis will look going forward. Even as many incumbents remain in office, expect actions from all elected officials to attempt to change the social and economic climate of Minneapolis. Mayor Frey and the city council members will have to navigate the effects of the pandemic, social unrest, and economic challenges within Minneapolis. As with all elections, there are new challenges facing officials and promises to fix them, but only time will tell what is to come for the city.