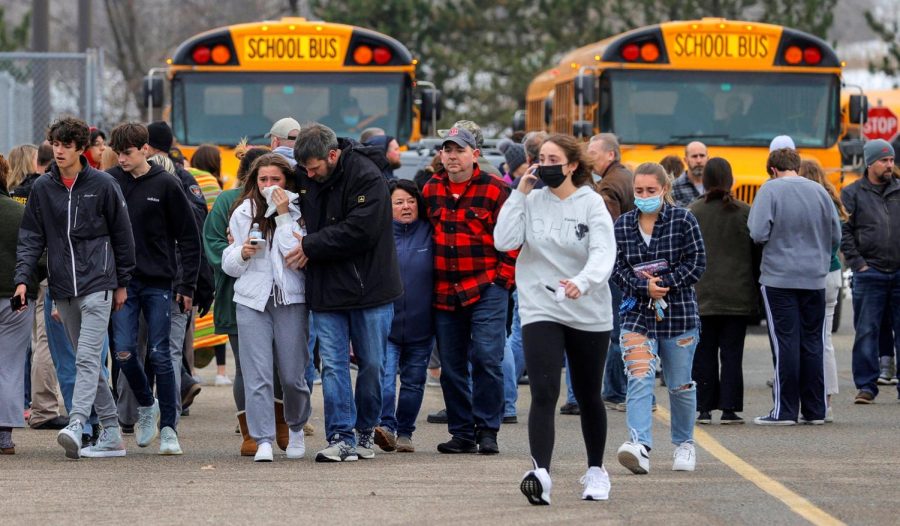 Gun violence is normalized in today’s American Society. It shouldn’t be. When the first school shooting took place at Columbine High School in April of 1999, the nation knew the names of both perpetrators, Eric Harris and Dylan Klebold, all 12 students, and one teacher murdered in the massacre clearly. Today, just over 20 years later, many stand ignorant to what happened on November 30, 2021 in Oxford, Michigan.

Early Tuesday afternoon, a 15-year-old Oxford High School sophomore, Ethan Crumbley, murdered three students and injured seven other students and a teacher with a semi-automatic handgun. It was later Wednesday that another victim, Justin Shilling, just 17 years old, passed away in McLauren Oakland Hospital due to the severity of his injuries from the incident.

Those murdered during the incident include Madisyn Baldwin, 17 years old; Hana St. Juliana, 14 years old; and Tate Myre, 16 years old. Tate Myre, the junior football player at Oxford High School, died heroically as he was shot while attempting to disarm the active shooter.

According to the Oakland County Police Department, they were unaware of any potential threats of the incident; however, multiple parents and students reported that they had heard rumors about the likelihood of a bad event occurring at school.

In early November, the Oxford School District decided to send out an email to parents and families discussing these said rumors that they had heard in the building that would be followed by school reviewing. Some parents, even before the shooting occurred, stated that their children did not feel comfortable attending school and instead opted to stay home.

Robin Redding, a parent of a senior at Oxford High School, even stated that, “(Her son) was not in school today. He just said that ‘Ma I don’t feel comfortable. None of the kids that we go to school with are going today.’”

Another parent, Jody Job, told the Detroit Free Press that her son missed school on Tuesday because “he felt like something was going to go down.” She also said, “I think there was just a level of discomfort with some of the students. I don’t know what they’re communicating to each other. That’s a whole other world I’m not a part of.”

Oxford High School is a public school located in Oakland County with about 1,800 students, roughly 45 minutes from Downtown Detroit, but remains a relatively safe area.

Now why is a student at the University of Minnesota writing about something that happened nearly 10 hours away from campus? Although I am indeed a student at the University of Minnesota, I grew up in Michigan before moving to Minneapolis. I lived next to two girls who attend and graduated from Oxford High School. I went to cross country camps with students who ran at Oxford High School. It could have been anyone of them shot in the massacre. After all, many of them were right in the rooms that the active shooter tried to access.

You hear about these school shootings and wonder why they happen, but I think it hits different when it finally happens with people you know. It makes you irritated that people are evil enough to want to resort to gun violence and makes you wonder what happened to them psychologically to be so morally wrong. It makes you grieve not only the lives lost, but also what the individuals could have aspired to. It makes you angry that we have done so little in the United States to fix this problem because people resort to this problem by saying, “We should make more gun laws.”

The solution is not banning guns entirely. Guns don’t kill people, people kill people. We hear it all the time, yet gun owners need to be more cautious about their gun storage and who they let have access to their weapons.

Instead of trying to ban guns, we must promote a deeper education of firearms and emphasize the caution required in operation and ownership. While bipartisanship in the capital seems to be a struggle over and over again, this needs to be something prioritized in finding a solution in because school shootings have become a casual situation when they should have never.