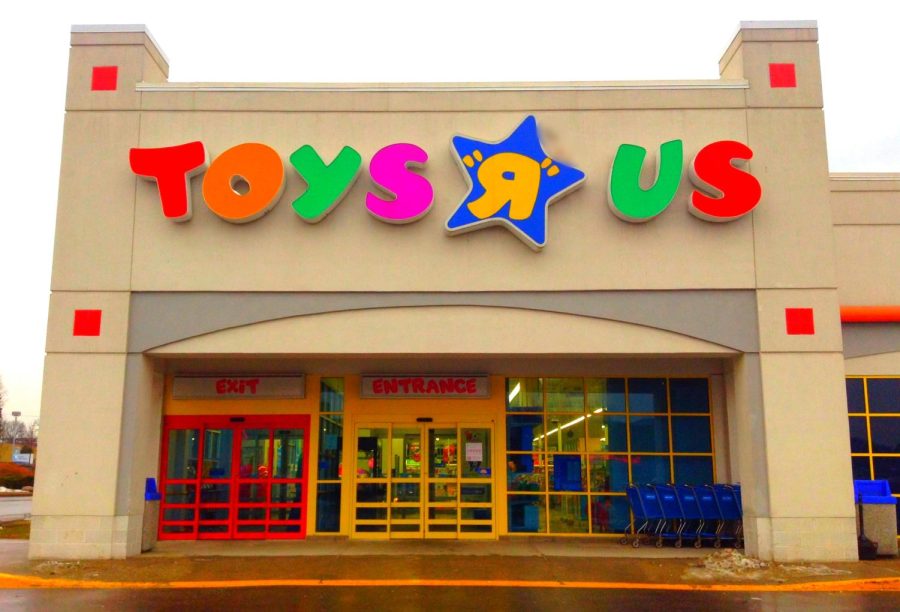 What exactly happened to Toys R Us?

The beloved company Toys R Us was a staple for many childhoods. First adopting their name in 1957, Toys R Us quickly became a tycoon in the world of toy sales. Toys R Us prided itself on always having a massive selection of products that drew in youth of all ages. According to CNBC, Toys R Us had over 800 stores in the United States in 2018. So what exactly happened to Toys R Us?

Toys R Us filed for bankruptcy in September 2017, says CNN Money. By the end of June 2018, all stores had been closed nationwide. As a result of this bankruptcy, over 30,000 employees were out of work, meanwhile millions of dollars were spent dealing with the bankruptcy. CNN Money claims that the bankruptcy was not just caused by the expansion of online shopping, but rather internal company issues. Perhaps the largest struggle Toys R Us faced was a mountain of debt.

By the time Toys R Us filed for bankruptcy, their debt had amassed approximately $5 billion. This extremely large amount of debt hindered them from staying competitive relative to other companies selling toys. When a company has a lot of debt, it often has a snowball effect.

Attempting to pay off the debt, companies may not pay their employees very good wages, which results in employees quitting. The employees that do stay will often lose motivation to perform their tasks at the same high level performance as before. Having less motivated employees will lead to poorer store conditions, fewer things getting done, less satisfied customers, and the overall company being less likely to be profitable because they lose their ability to compete with the similar companies who do have the motivated employees.

The companies that do have the well put together store conditions and motivated employees will draw in the customers who previously shopped at the store that is in debt. This will occur because the competitors will already have very similarly priced goods of the store in debt, and customers will choose to shop at the store with organized goods and better customer service. In summary, companies face all sorts of burdens and problems that stem from their initial debt. So where did the large amount of initial debt come from?

The initial debt of Toys R Us comes from a private equity deal that failed miserably. The Atlantic claims that Toys R Us, already being $1.86 billion in debt, went up to a whopping $5 billion in debt after being bought out. The large amount of debt deterred investors and caused them to withdraw funds sending Toys R Us into a further spiral.

While the future of Toys R Us may appear to be one that is nonexistent, there remains hope that the store will make a comeback. According to the New York Times, at the end of 2021, Toys R Us has begun their attempt at a comeback.

At the American Dream mall in New Jersey, Toys R Us opened a location right around the holiday season, which is primetime for toy sales. The CEO of WHP Global, which is the parent company of Toys R Us, claims that 400 Toys R Us stores will begin to be added inside of Macy’s locations after the two companies struck an agreement in August of 2021.

Macy’s views this as an opportunity to bring more families into their stores. One fun addition that Toys R Us will be making to their new stores is having their iconic mascot, Geoffrey the Giraffe, welcome people inside. While Toys R Us might not ever return to being the dominant player it once was in the toy industry having hundreds of gigantic stores, it will hopefully continue to stick around even if it is a small section embedded in Macy’s stores. Further hope in the restoration of Toys R Us lies in the fact that toy sales are an area of growth, meaning that over time the profits will increase in the toy sector.

In a world with so much turmoil going on right now, the restoration of the adored toy store is a great sight to see. A store that has brought so much joy and happiness to so many people over the years is coming back.