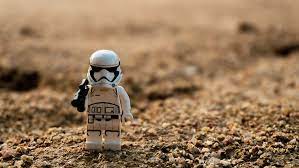 After six years of waiting for the next Lego Star Wars game and multiple delays, Lego Star Wars the Skywalker Saga was finally released Tuesday. The game comprises all nine Star Wars movies from the Phantom Menace to The Rise of Sky Walker. The series as a Lego video game started in 2005 with the original Lego Star Wars Video Game. This 2005 release is based on the prequel movies that were new at that time.

For many University of Minnesota students, this original Lego Star Wars game was a staple of their childhood. From the various students I asked at the University, many of them were excited about the release and were willing to pay the $60 price tag to bring them back to their childhood.

The content of the game is the largest of any lego game that has ever been released. To complete the game fully, one must expect to spend 75 to 90 hours playing to gain 100 percent completion. There are 300 playable characters which are the most ever in a Lego video game. In addition, the various maps on each planet are extensive with side missions and large in size. There is no doubt that one would find nothing to do within this game.

After playing multiple hours of the game, I have found to give the game a proper review on its content. The game as a whole has great graphics. The detail of the Lego Minifigures is very immense and it is a night and day difference compared to what the game was 16 years ago. One example is the detail of the playable character, the designers of the game decided to get so detailed with the game they included the Lego trademark that you would actually find on real Minifigures.

Another piece of upgraded content that I enjoyed was the expansive world lego has created on each planet. Compared to previous games the maps are expansive and you can get carried away doing side missions and forget what your task is. Without a doubt, the new cities and environments that lego has made will make the game playable for multiple hours even after the main story.

I also am very satisfied with the story mode of the game. At first, I thought Lego was going just going to remaster the old games and pile them into a collection, but it is far from that. Lego has redeveloped the story and made different styles of levels.

One example is the first level of The Phantom Menace. This level in the original Lego Star Wars game was the most popular level of all the games and I was expecting the developers to put it in this game. However, it was actually nice that they decided to make new content for everyone to play rather than just remaking old content.

I was also pleasantly surprised about the voice acting in the game. Never before in a Lego Star Wars game, have there been actual voice actors who are recreating scenes from the Star Wars franchise. The voice acting also gives players a reason to have the audio of the game playing because the cutscenes are entertaining for they play along with the game. The voice actors are not the real actors from the movies, but they sound very similar. In the cutscenes where the characters would talk, there is also the charm that the Lego series brings in that they make serious situations always have funny detail about the cutscene.

Overall my review of this game is that it is the best Lego Star Wars game to come out to date. It keeps the charm of the old games while introducing an astounding amount of new content and endless hours of gameplay. The game has many surprises that make the gameplay great and the mechanics of the game are perfect!

The game as a whole has been through multiple delays and there was even speculation at one point of the game being canceled; however, the final product is almost perfect, and everything and more than expected. I would rate this game 9.5/10. I believe this game will become an endless classic that many will play multiple times in years to come.