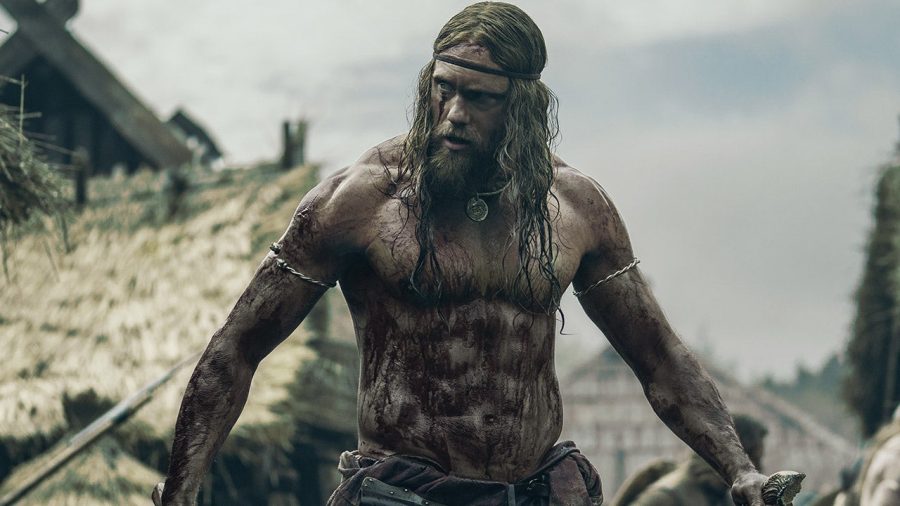 Robert Eggers is one of the most critically successful horror directors of the last few years. His modestly budgeted first feature, The Witch, became something of a cult hit while his follow-up, The Lighthouse, was even nominated for an Oscar. It’s no wonder then, that the industry took a big gamble on him and financed a $90 million artsy, violent Viking epic with The Northman. While it seems unlikely that it will recoup such a large budget at the box office, The Northman seems already destined to become a cult classic.

The Northman is based on the Scandinavian legend of Amleth, which directly inspired the Shakespeare classic, Hamlet. The plot and characters themselves are fairly straightforward. After young Prince Amleth (Alexander Skarsgård) witnesses the murder of his father (Ethan Hawke) and kidnapping of his mother (Nicole Kidman) by his uncle (Claes Bang), he vows to take revenge. Years later, a seeress (Björk) prophesies his future and reveals a chance for him to infiltrate the farm of his now exiled and disgraced uncle as a slave. Working with the self-professed sorceress, Olga (Anya Taylor-Joy), he plots his path of vengeance.

The parallels with Hamlet are obvious, and having a familiar story set in such a radically different setting goes a long way to keeping it fresh, even if nothing story-wise is likely to shock you. What will shock you, however, is the outstanding imagery, violent, and kinetic action, and the layers of misdirection. You can never be truly sure that what you see on the screen is actually what is happening to the characters in reality. While this could frustrate some people, it speaks to the story’s origins as a mythic legend told to inspire and teach people a lesson.

The Northman certainly does not shy away from blood, beheadings, nudity, and depictions of slavery. It sugarcoats nothing, meaning it can be hard to find any character to sympathize with as no one is free from sin. An early scene shows our protagonist brutally killing a number of enemy combatants before his fellow fighters burn down a building filled with dozens of innocent villagers. True to its mythic origins, it feels like a visual representation of the way storytellers would accentuate and shock their audiences with descriptions of the carnage. Noses are sliced off, guts are spewed, and fountains of blood spill forth. However, a lot of this violence is simply implied, leaving the viewer to fill in the gaps. Though the excellent sound design will paint a pretty vivid image for you.

A lot of the story is told visually or with natural dialogue between the characters. While much is in the form of a “ye olde English” dialect, there are plenty of scenes utilizing some kind of old Slavic or Icelandic dialect. The choice to use other languages really makes those scenes stand out and feel like genuine approximations of what Pagan Vikings in 1000 AD may have actually been like. However, there are some points where the characters indulge in a bit too much plotting and exposition, spelling the proceedings out too much for the audience. The Northman works best when it’s at its most ethereal and inscrutable.

Some of the best moments are the brief glimpses of Amleth’s visions of the Tree of Life, his ancestors and future descendants, and a Valkyrie taking him to Valhalla. These sequences, along with the action set pieces, highlight the massive budget of the film and show what Eggers can do when he has more money to work with. The Northman takes full advantage of that $90 million, especially with the star studded cast who all deliver great performances. Skarsgård himself is the clear standout. He has an incredible physical presence on screen and brings a high level of ferocity. The rest of the cast does much the same, and they all become their characters completely, rather than just being recognizable as the actor.

The Northman is the best film released this year so far. Violent, visceral, and utterly compelling the whole way through, it’s one of those movies that is best watched on the big screen while you can. Robert Eggers’ latest certainly does not disappoint and manages to live up to the hype.