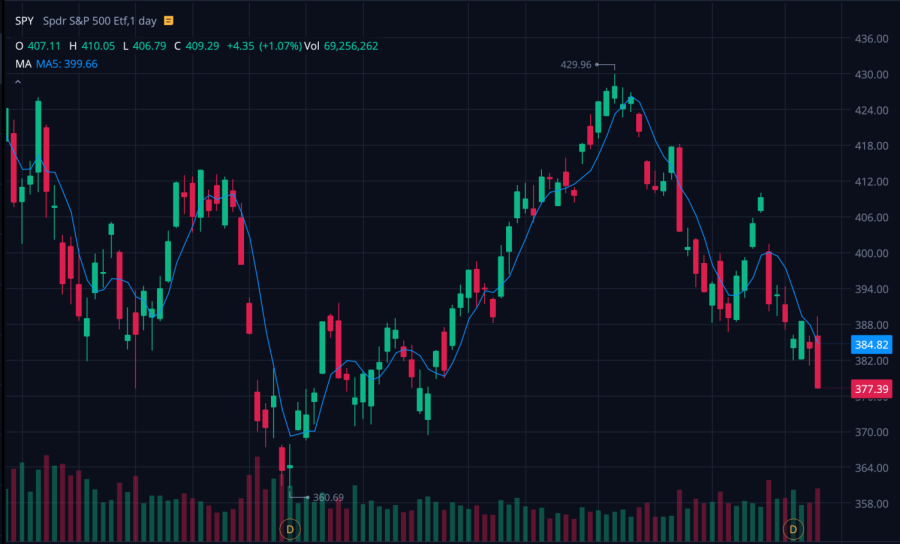 The Federal Reserve fully committed to its battle against rising inflation today by shocking the markets with a third consecutive rise in interest rates. The United States Federal Reserve chairman spoke to the press today after hiking the interest rate by 0.75 percent.

This raised the Fed’s key short-term rate to 3-3.25 percent. A much higher rate than usual designed to remedy inflation by slowing the amount of economic activity.

Not only did the Federal Reserve raise interest rates currently they also raised projections for what the interest rate could look like by the end of the year and into 2023.

Officials are now stating that by the end of 2022 that the projected interest rate will be around 4.25-4.5 percent, which is an entire percentage point above their previous projection of 3.5 percent when they last spoke in June. The Fed looks to close 2023 at 4.5-4.75 percent.

“The rate hike brings the central bank’s benchmark interest rate, the federal funds rate, to a new range of 3.0 percent to 3.25 percent — its highest level since 2008 — from a current range between 2.25 percent and 2.5 percent.”

Three consecutive 0.75 percent increases have never happened before in our economy since the introduction of federal fund rate manipulation in order to conduct monetary policy in the late 1980s. Because this immense of a change has never been made in history the economic consequences are almost entirely unknown.

Why the drastic change now you may ask?

According to Barclays, “Fed policymakers had little choice but to lift rates sharply again after a report last week revealed that inflation – as measured by the consumer price index (CPI) — rose 8.3 percent annually in August, below June’s 40-year high of 9.1 percent but above the 8 percent expected.”

Speaking to the press following the release of the news of the hike Federal Reserve Chairman Jerome Powell stressed that “my colleagues and I are strongly committed to bringing inflation back down to our 2 percent goal.”

Board of Regents Chairman Ken Powell commented on the fiscal budget and the tuition hike stating “None of us are thrilled with the tuition increase at 3.5 percent…I thought it might be more, so I think the fact that we landed there, well below inflation … I can live with that.”

This notion of keeping rising tuition rates just below the level of inflation is one that is extremely dangerous to University of Minnesota students because it is not coupled with rising wages for young adults.

A partial remedy that the University of Minnesota has enacted in order to combat this rise in tuition is raising on-campus job wages to a minimum of $15 an hour. However, this fails to come close to many common internship jobs which offer upwards of $20 an hour.

As the Fed continues to push interest rates skyward more changes in the fiscal budget could be imminent for university students.