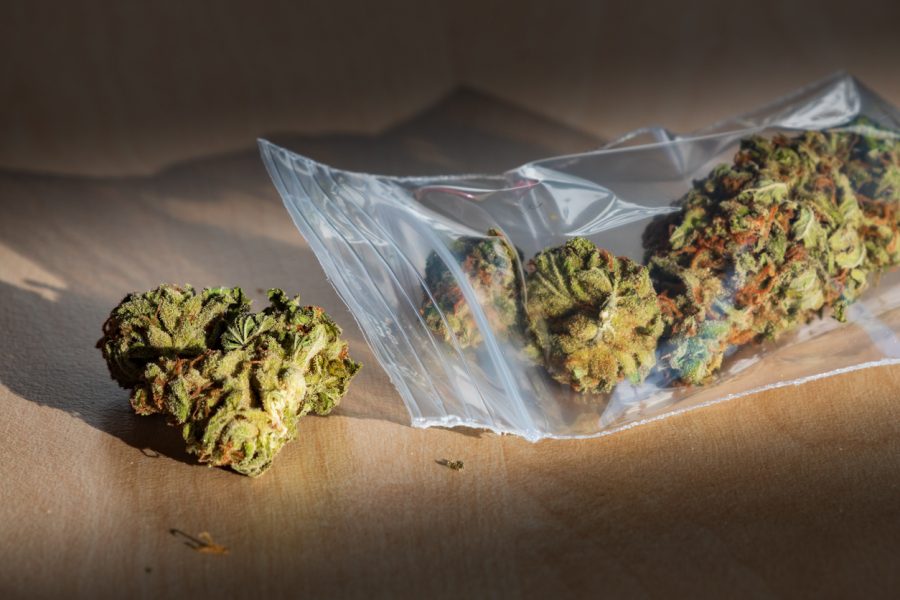 Approval for marijuana legalization is extremely high in the United States (63% think it should be legal, according to a 2018 Pew Research Center poll). Among those polled, Millennials showed the highest percentage of approval (73%) compared to Gen X (63%), Boomer (54%), and Silent (39%) generations. The attitude of weed being an extreme danger to society is dissipating, and with good reason. The majority of the states in the U.S. have at least legalized marijuana for medicinal use, and eleven states (as well as the District of Columbia) have gone further and legalized it for recreational use. So why is marijuana use still criminalized in many states? For example, in Wisconsin, offenders can be charged with a misdemeanor (and up to a year in prison) on their first marijuana offense. If caught a second time, it can be considered a felony with up to 3.5 years in prison. Another state to note, North Dakota, has a higher penalty for ingestion and possession of hash or concentrates than it does for marijuana (possession of hash equating to up to 5 years in prison.)

Why are we sending nonviolent offenders to prison because they ingested a plant? Could it be society’s way of attempting to keep people safe? While mostly anything can become psychologically addicting if used improperly, marijuana dependence is not comparable to the addictive effects of nicotine, heroin, or other physiologically addictive drugs. In fact, many reputable sources claim that marijuana usage needs to be heavy in nature in order for the user to experience the same kind of withdrawal symptoms of a physiologically addictive drug. Heavy, long term use of marijuana can cause memory or cognition problems, but these are some of the only long term side effects of the drug. Heavy, long term use of alcohol, which is legal in the United States, can cause not only memory loss and cognitive problems, but also can result in liver disease, stroke, irregular heart beat, and more. Cigarette use, also legal in the United States, can result in coughing, brain damage, heart disease, and many forms of cancer. In our attempt to keep society safe, we forget that already legal drugs are just as bad or much worse.

In reality, there are some people with a dependence on marijuana, this fact can’t be denied. But how is it any help to them to throw them in jail? Is it a common solution to throw the alcoholic of your family in prison and hope they heal? Or the family member addicted to cigarettes? From 2001 to 2011, 7 million arrests were made for marijuana possession. These arrests can then be accounted for on your record, and if you become a felon, can prevent you from getting many types of jobs. It can also infringe on your right to own a gun, your right to vote, and the possibility of becoming a police officer. Is throwing someone in jail for a drug offense really justified? The leading cause of death of drug offenders after their release from prison is overdose.

There are many benefits of legalizing marijuana. Medical marijuana is used to treat Alzheimer’s, epilepsy, chronic pain, mental health issues, and more. Legalizing marijuana would eliminate the concern about illicit THC cartridges purchased on the black market (which have caused deaths recently.) Cartridges produced by state-licensed medical marijuana producers have been expressed as being safe. Keeping marijuana illegal makes black market purchases of cartridges much more tempting. Overall, this obviously causes more harm than good. When it comes to money, over $3 billion is being spent each year by states to enforce marijuana laws. Legalizing weed would save money, time, and resources.

Not only should we legalize marijuana, but we should wipe clean the records of those arrested for marijuana consumption/possession. There are far worse things to throw people in jail for, such as rape, murder, and assault. The fact that simple marijuana users are locked up in the same facilities as rapists and murderers is asinine. How can we call ourselves a free country when the freedom to ingest a plant is limited? With the approval rating for marijuana legalization at such a high, there shouldn’t be people being pegged as a felon for being caught with it on them. With all of this being said, we can only hope that more states decide to legalize (or at least decriminalize) marijuana. The benefits clearly outweigh the risks.

The Case for Minnesota Legalizing Marijuana