The modern solution to rising college costs in America

University of Minnesota tuition has increased 440.05 percent since 1960. This is representative of a yearly eight percent tuition hike! The cumulative inflation increase over the same period (USD) is a stark 224 percent.   If the cost of college rose at the same pace as inflation, students would be paying $1,838 tuition a semester instead of $13,318. For perspective, from 1960 to about 1980, the cost of tuition and inflation were approximately equal; then, the costs began to slowly rise exponentially. What happened?

In 1965, the Federal Family Education Loan (FFEL) program was enacted. These initial loans were offered from the National Defense Education Act of 1958 and were backed by U.S. Treasury funds. Since then, through countless administrations, the program has evolved; with each iteration a newer, better method was enacted, accompanied by more easily obtainable loans. Currently, federal student loans carry low interest rates and do not require collateral. Along with the flexible repayment terms and a variety of deferment plans, these loans are extremely popular. There are an estimated 42.9 million borrowers of federal college loans comprising a debt of $1.4392 trillion. In order topay this off, each borrower would be expected to pay $33,547.79.

When the FFEL program began, students requesting financial aid had to apply for it. The distribution of this aid was given out nearly uniformly. Unfortunately today this distribution of aid is incredibly unequal. From a financial and economic standpoint, this is common sense; students pursuing degrees which have higher average salaries should be offered more assistance due to their future ability to pay it off sooner. However, aid is not distributed this way and is instead distributed on the basis of race and socioeconomic background. These variables should be considered when determining individual aid, but should not be the sole basis for it. Who knows what the result could be? Oh wait! Overall, these programs have simply allowed students to take more and more loans, without equipping them with the ability to repay them in a timely manner. So, why did the cost of tuition rise?

What happens when there is a growing demand for a college degree and the consumers are able to pay more and more for it? The price increases. This phenomena is called a third-party payer system and is akin to the healthcare sector today. Since the consumer is not paying the full price for the good, the producer has no incentive to offer a competitive price. As long as there is justification, no matter how absurd, the price will rise and consumers, or more accurately lenders, will pay. From the 1980s onward, this back and forth between rising costs and additional aid offered resulted in unchecked, exponential growth. What are the effects of this third-party payer system?

For context, the minimum wage over this time period rose with the inflation rate. Numerous sources debate the exact minimum wage in 1960; however, it seems to be around $1.04 in Minnesota and $1 nationally. Working 40 hours a week for 13 weeks over the summer, a student earned $520 – easily enough to cover both semesters’ tuition and with a part-time job (<10 hrs/week) and have money for some extracurricular activities. If the cost of college followed inflation, the same would be true today. Summer minimum wages jobs would yield $5,200 and easily cover both semesters’ $1,838 cost. For those who worked unpaid internships, the accrued debt could easily be paid off within 1-5 years depending on the profession. Good luck to students trying to fund their college careers with minimum wage summer jobs and a 1-5 year debt plan. What, if any, modern solutions are possible to combat this exponentially increasing cost?

Imagine a corporation which finances students with the entire cost of college including room and board, tuition, books, and other costs. Students are assisted based upon their high school merit and pursued degree. Stipends are issued when students receive honor roll GPAs and other awards, decreasing the future amount owed and incentivizing students to work harder. After graduation, a specified percentage of one’s salary is deducted and put towards the debt annually until it is paid off. Although this does not directly combat the increasing costs of college, it will result in a negligible number of defaults from loan recipients. The only way to combat the growing costs is to change society’s perspective on the necessity of college and the justification for the cost. 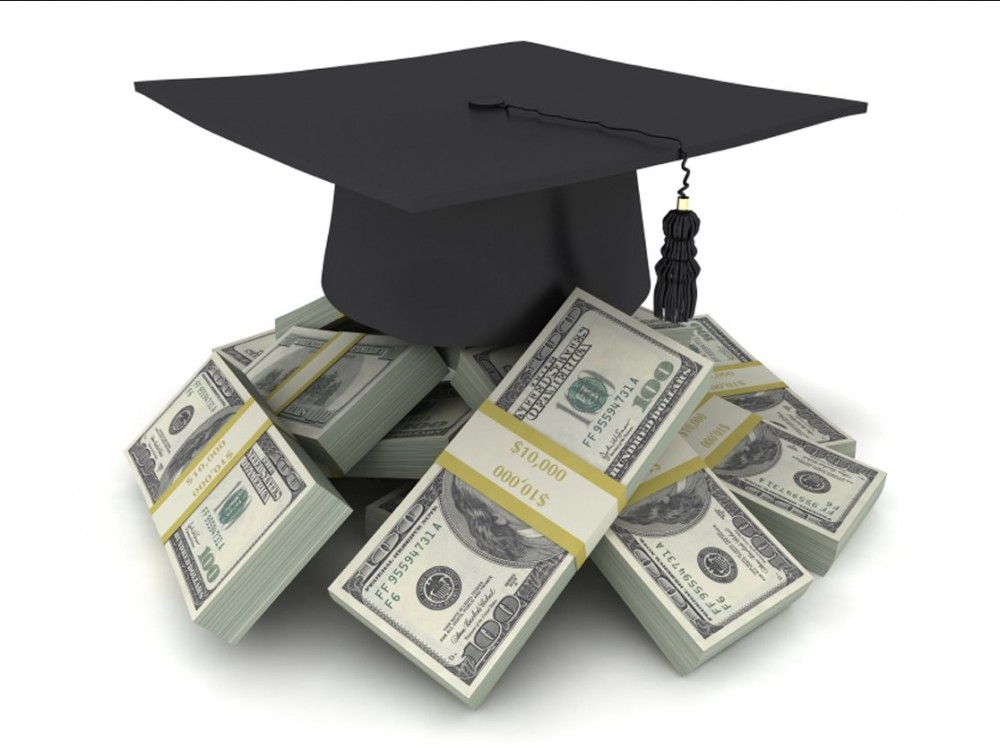 College: Is it worth it?