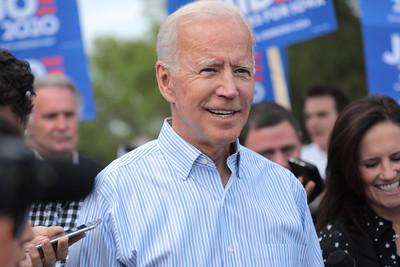 Is Joe Biden okay? After a strong start in the polls, American voters are seeing a different side of the former Vice President and veteran senator: a frail, forgetful side befitting a man of his age. The 77-year-old is currently the overall frontrunner of the entire Democratic field, but is lagging behind other top competitors Mayor Pete Buttigieg, Senator Elizabeth Warren, and Senator Bernie Sanders in early primary states New Hampshire and Iowa. It would be enormously difficult for Biden to win the nomination without winning those states.

After immense speculation for months leading up to him announcing his presidential bid back in April, Uncle Joe looks to be on precarious footing. Here is the man who was supposed to be the savior of Democrats’ bid to shake their most hated enemy, Donald Trump, from the White House now stumbling to keep straight which state he is in while speaking on campaign stops or when different mass shootings such as Sandy Hook or Miami occurred.

It is also painfully apparent in his debate performances just how dulled his skills are now, often fumbling for words, having to close his eyes to get his facts straight, and stuttering just to get even the most barely coherent sentences out of his mouth. You would almost feel bad for the guy if you didn’t know just how much of a disingenuous, pompous imbecile he was back in his senate days. Many Republicans haven’t forgotten the Robert Bork hearings, and few have forgiven, especially not after what Justice Kavanaugh was put through, bringing freshly to mind those particularly infuriating memories. The Right remembers.

But what else does the Right remember? After all, it is chided as being the side for old Boomer folks who just want to ruin millennials’ and us zoomers’ lives. Let’s start with two words: Anita Hill. Ring a bell? This actually did dog him a bit towards the beginning of the campaign, but it seems his staffers have done a good job of quashing the story. But let’s refresh our memories, shall we?

When she was brought in for hearings before the all-white and all-male Judiciary Committee chaired by Mr. Biden, she faced what many people consider today to be a cold-hearted questioning by the committee, especially from Mr. Biden who regularly pushed her for unnecessary and deeply private, explicit details. Even worse, not only was dear Uncle Joe completely insensitive towards her, he also refused to bring other women who claimed to have information to corroborate Ms. Hill’s story before the panel to testify. Justice Thomas denies all these allegations to this day.

Apparently, the Biden campaign saw this from even before the start as a problem, because just before his campaign began, he called Ms. Hill to offer an apology, one that she was only lukewarmly receptive of when she talked about it in a New York Times interview she did shortly afterward.

But Biden’s checkered history does not stop there. He was also scrutinized for his excessive touching of women and girls in public. Actually, excessive is a kind description of it. You only have to look on YouTube to see what I’m talking about, as there are a number of compilations of Mr. Biden touching women’s hair, sniffing them, and touching in general that could give anyone the creeps.

But, despite the creeps, despite the Hill story, despite the stuttering and general fragility, he has had a surprising amount of staying power. He is still winning the black vote by an enormous margin according to polls. But why? Not even his former president with whom he served, Barack Obama, has endorsed him yet. Perhaps the left is so desperate to win the White House that they’re willing to put anyone in who they think can beat him. But my guess is that many large Democrat donors who pushed him to run are getting nervous now.

However, liberals take comfort because not all of Mr. Biden’s characteristics have been diminished by time. His contemptuous hubris is still very much intact (just ask the Iowa man he called fat on a campaign stop). Maybe a good defeat in the electoral ring by President Trump could help cure that, eh?

One Response to “Joe Biden: Savior or Liability?”