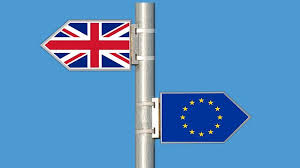 After three and a half frustrating years, it feels like a breath of fresh air to see Brexit finally happen. No, I am not a British citizen, but I must admit that reading about Brexit day in and day out and monitoring its impact on markets made me feel increasingly obnoxious. As a staunch supporter of small government and the sovereignty of individual nations, I was happy to see the U.K. go, but as a supporter of free trade, I also admit I felt a little bit sad. Seeing the loss of free movement of capital, labor, goods, and services is never easy.

So how will Great Britain reestablish itself in the international community? That’s a tough question to answer, but it starts with regaining something that Britain is now on track to lose following its departure from the European Union: free trade agreements. Right now, there is little hope that financial services firms located in Britain will be able to continue “passporting” all of their services into the EU after the end of 2020. This is critical because these services make up such a large portion of the UK’s economy.

Part of Britain’s original appeal for American firms, in particular, was that it offered access to the European central market without nearly as much of the European culture shock as would be found in other EU member countries. This made it easier to ship employees back and forth between America and Britain for different needs and projects without subjecting them to large language or culture changes.

So how will Great Britain reestablish itself in the international community? That’s a tough question to answer, but it starts with regaining something that Britain is now on track to lose following its departure from the European Union: free trade agreements.”

Britain also offers American companies a much friendlier business environment relative to its European counterparts. France has unbelievably strict labor laws, Germany frustrates every financial institution it touches with its bizarre and arcane financial regulations, and Italy’s economy and political environment are volatile dumpster fires permanently on the verge of becoming dumpster infernos.

But even after Brexit, in whatever form it ends up taking, Britain still has much financial expertise to offer the world. A trade deal with fellow members of the Non-European developed world would do the island nation some good. North America would likely be the most logical and important free trade prize. America and Canada’s cultural similarity to Britain and historically friendly ties would likely make the process of hammering a deal out fairly smooth.

From the British perspective, the hard part now is determining what unique value it can provide firms now that it has shed its European gateway status. Yes, it can forge vital trade deals, but what can it now do that America cannot do itself (I only mention America because London has a particularly large presence of American firms)? Trade deals by themselves don’t create a competitive advantage for a country. Britain must leverage its strong expertise in finance and combine it with large economic liberalization efforts by the government.

Countries that have little regulatory interference have strong advantages compared to more clunky, highly-regulated landscapes like the EU or even America. Hong Kong is a prime example of this fact: it is a tiny nation, but it boasts a huge economy relative to its size because it is so business-friendly. Britain should take note of this because if it can combine expertise with exceptionally free markets, it can attract both foreign investment and stir entrepreneurship at home.

And if by chance Britain can get some concessions on market access from the EU at the Brexit negotiating table, it could also retain some of the perks from its old gateway status. If Britain achieves all three of these objectives, businesses worldwide would still see a very compelling reason to keep major operations there.

The last idea on my post-Brexit checklist that could help bolster Britain’s economic leadership: cultural and political leadership. Weak people who are unable to stand up for themselves are rarely respected, and countries are no different.

Part of the reason why Margaret Thatcher was so effective at her job in the 1980s was how she projected authority and commanded the respect of everyone around her, including her enemies. Not everyone earns the nickname the “Iron Lady.” But Thatcher shook Britain out of economic delirium and made sure the world knew that Britain was back and would accept nothing but respect from its international peers. Britain needs another Thatcher-esque leader in this time of uncertainty and volatility.

Britain has lost respect on the national stage because of Brexit. This loss of respect was not just because they chose to leave, but because of the shenanigans that took place for the three years that followed the referendum. Now it’s time for Britain to reclaim its position as a well-respected world leader with newfound freedom. All my best wishes go out to Boris Johnson because this will be no easy task.