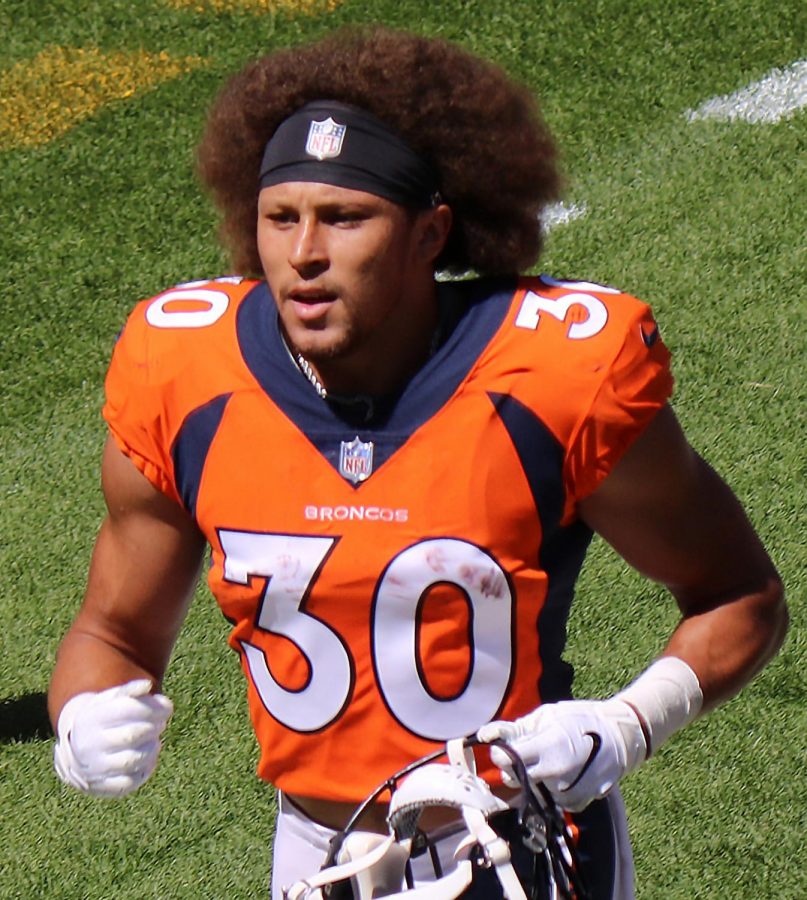 Week five of the NFL season was one full of surprise performances from a few players maybe you haven’t heard of unless you are an NFL analyst or a very unfortunate fantasy football player. Either way, there will no doubt be thousands of fantasy football GMs drooling over these players, and it is my job to tell you whether or not you should be. These are the players you really should be looking at this week.

Okay, this is the first of two players in this edition that will be over the 50%-owned threshold, however due to these two players’ potential impacts on their teams I am going to let it slide because after all, I do make the rules for this series. Anyways, Lindsay makes his return to action this week against the Patriots after his toe injury sustained in week one kept him out of all the games until this week. This is a running back coming off of back to back 1,000 yard seasons as his first two seasons in the NFL, as well as a Pro Bowl appearance in his rookie season. On top of this the other running option for the Broncos, Melvin Gordon, may be looking at a suspension after being charged with a DUI on Tuesday. If Lindsay has the backfield all to himself, he could be looking at quite the return game with the Patriots giving up 4.4 yards per carry this season. Lindsay should be owned in every single league, no doubt.

Tee Higgins could be the end of AJ Green on Bengals. The 6′ 4″ rookie wide receiver has been garnering some great attention from fellow rookie Joe Burrow the last four weeks. Week-to-week, Higgins’ target count is promising (6, 9, 7, 8) while AJ Green’s left much to be desired (13, 6, 5, 1). Green’s production has majorly dropped this season, now he’s averaging 5.2 fantasy points per game while Higgins averages 10.1, it might be time to drop AJ Green and give our attention to Higgins. He has all of the physical aspects that you love in a wide receiver, and they are scarily close to Green’s. The rookie has 16 receptions, 214 receiving yards and two touchdowns in his first five games in the NFL, there is definitely more to come and he should be rostered in many more leagues than he is right now.

Mike Williams surprised many fantasy players this past weekend with a 27.9-point performance against the Saints after returning from his hamstring injury that kept him out against Tampa Bay. Williams has had an up-and-down campaign so far, with two double digit fantasy performances as well as two lackluster games with 3.4 and 2.7 points respectively. Nonetheless, Mike Williams should be a player you keep your eye on with him returning from injury. It also helps that Keenan Allen is nursing back spasms this week. Reports say that Allen is “fine” but with Mike Williams back, it will surely give the Chargers peace of mind. You should definitely take a chance on Williams, even though he is on a bye week this week, five of his 11 opponents have a defense in the bottom 10.

It took awhile for Hooper to get involved in the Browns’ offense but in the last two weeks, he has surpassed 10 fantasy points and scored his first touchdown of the season. Hooper was a success with Atlanta last season and was brought into Cleveland as another piece to compliment Mayfield alongside Odell Beckham, Jarvis Landry, Nick Chubb, Kareem Hunt and David Njoku. Yes, this is a busy skill position field and there are touches to go around. Hooper has 17 targets in the last two weeks, over four times more than Njoku has this entire season although the latter has only played two games. With the Browns publicly interested in moving Njoku as early as last preseason, it seems that Hooper is the main TE option moving forward and with him and Baker hitting their stride together, Hooper is a promising tight end waiver option in a year with many disappointing tight ends.