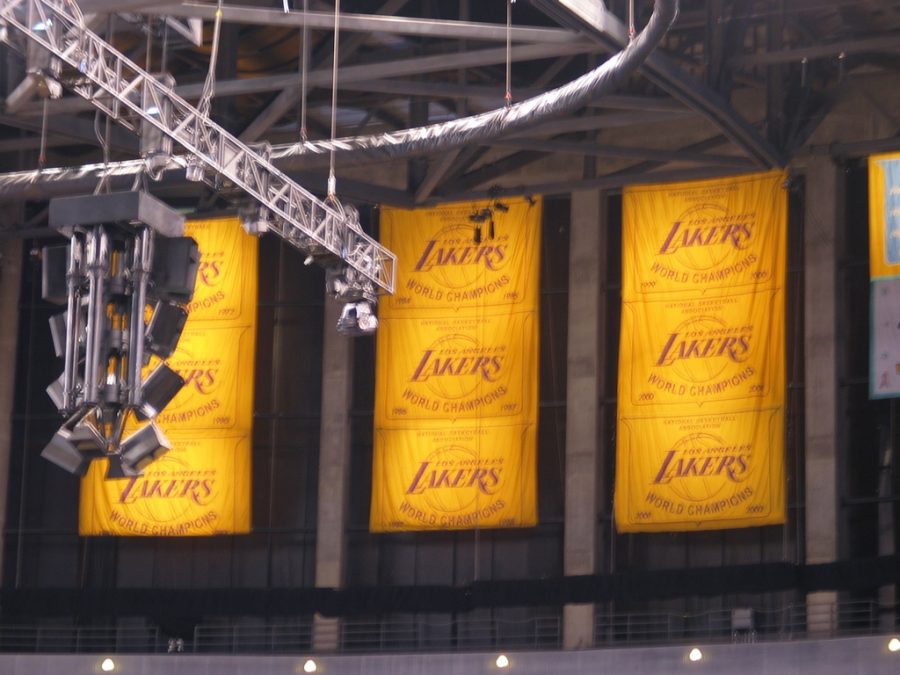 On January 26, 2020, the world woke up to a shock in the news: former NBA great Kobe Bryant passed away from a helicopter crash In California. In this terrible crash, the NBA legend lost his oldest daughter Gianna as well. This not only shocked the basketball world but the entire world as we know it.

Kobe Bryant was arguably one of the greatest basketball players to ever play the game. He was a role model and still is to many people. But with tragedy comes new horizons. Although winning a championship for the Los Angeles Lakers would not bring Kobe Bryant back, it is possibly the greatest thing to do to honor the amazing life of Kobe Bryant and his family.

With NBA playoffs starting back up this late Summer and early Fall, Lebron James and his teammate Anthony Davis had one thing on their mind: winning that NBA championship to honor the late Kobe Bryant. Lebron James joined the league when Kobe Bryant was just at the start of his prime. Lebron looked up to Kobe in a way, and once Lebron grasped the NBA with his own hands, Kobe Bryant graduated from mentor to lifelong friend of Lebron. Kobe’s death brought huge motivation to the entire Lakers team. Everyone knew what had to be done. The only question still in play for the Lakers was whether they could pull off winning that championship or not.

By no surprise, the Lakers found themselves in the NBA Finals, one year after not making the playoffs all together. It was obvious that the Lakers had the firepower to win one more series against the Miami Heat to make Kobe Bryant smile from up above. The Miami Heat were a tough looking team with Jimmy Butler leading the team in almost every stat. It was evident that Jimmy Butler would not back down without a fight. This championship favored the Lakers, but the Heat had the ability to take any game away from the Lakers.

After the first two games in the Finals series, the Lakers won both games to go up 2-0 in the series. At this point in time, the question was not whether the Lakers could win the title, the real question was in how many games could they pull it off? The Heat knew they would have to win game three to stand any chance against the Lakers, and they did. With the series now 2-1, a glimpse of light shined for the Miami Heat. But with Lebron and Anthony Davis playing with more passion and heart, the Lakers were not scared to give up a game or two.

As expected, the Lakers won game four. The last two games of the series ended up being split. The Lakers won the NBA Finals series at 4-2. After an amazing series, the Los Angeles won the NBA Championship. Lebron fulfilled his goal of bringing back his 4th NBA title. Kobe Bryant’s memory was preserved in a good fashion. As a viewer of this entire series, I could not help but smile seeing the Lakers win the title to honor Kobe.

Lebron won Finals MVP for the fourth time in his career. For everyone doubting Lebron James, I would like everyone to simply try and remember a time where Lebron James was not a top five player in the NBA. The Los Angeles Lakers will not be looking to pursue a back to back title next season.

The lesson to take away from this story is that even though tragedy will strike at the worst possible times, it is important to count your blessings and never take anything for granted. It is impossible to be able to tell when someone’s last day will be, so you have to live your life as if it could be taken away at any moment. Rest in peace Kobe Bryant, may the Black Mamba forever live in the game of basketball.