For those unfamiliar, the Social Dilemma is a new Netflix documentary that investigates the dangerous repercussions of social networking and the internet as a whole. The documentary is unique in that fact that while it gets to the source of these problems via interviews, it also follows a relatable storyline correlating to the experts’ various concerns.

We are introduced to various tech experts, many of whom were past engineers and executives at companies such as Facebook, Instagram, Google, YouTube, Apple, Twitter, and Pinterest, among others. The interviewees collectively express their concern for the direction the industry is heading. “I always felt like fundamentally it was a force for good, I don’t know if I feel that way anymore” says one of the subjects. While others explain that they had left the industry for ethical reasons.

“I always felt like fundamentally it was a force for good, I don’t know if I feel that way anymore””

There are indeed countless examples of how the internet can be a tool for good. The internet’s capabilities of reuniting lost family members, allowing us to keep in touch with old friends, and producing heartwarming videos that make our day are not in question.

So, what is the flip side of that coin, what is the problem? There is a lot of depth to that question as seen in the faces of the industry experts in question. We, as ordinary citizens already are aware of the problems at surface level. Some examples being social media’s negative effect on our mental health, the addictive nature of electronics, the potential spread of disinformation, cyber threats, lack of communication skills, privacy issues, data collection and so on.

The worry is, that the consequence of these problems collectively will be the gradual erosion of society’s social fabric. I think the documentary is well intentioned in bringing that bleak reality to light for everyday citizens and was especially effective at portraying the dangers of technology and its relation to the influence of organic thought.

Tristan Harris, a former Google employee, is the Co-Founder of Center for Human Technology which advocates for the ethical use of technology. He points out that never in history has a handful of people, meaning programmers in California, been able to make decisions that directly impacts so many people. “Two billion people will have thoughts that they didn’t intend to have because a designer at Google said this is how notifications work on the screen that you wake up to in the morning” says Harris.

The experts explain that selling to advertisers was the core of many of these companies’ monetization efforts. For this reason, social media platforms and other apps on our phone are essentially competing with each other for our attention so that they can sell that attention to advertisers for the highest bid. The documentary’s supplemental storyline has a memorable visual explaining how the programmed algorithm relentlessly uses our psychology against us to get us back on the online.

In this case the saying “if you’re not paying for the product then you are the product” holds true. Jaron Lanier, the author of “Ten Arguments for Deleting Your Social Media Accounts Right Now” says that actually “it’s the gradual, slight, imperceptible change in your own behavior and perception that is the product”. Since the business of advertising is all about predicting consumer behaviors, these platforms need our data in order to have the most accurate predictions. This is why virtually every action we take online is monitored and stored.

The idea that there are algorithms within these applications that are possibly influencing our thoughts, behaviors, and perceptions to affect us as consumers is daunting enough, but the potential to use these methods to influence other, real-world behaviors, thoughts and perceptions is the real concern brought forward by the documentary.

There is no place more applicable to this concept than in the world of politics and media. Throughout history propaganda has been used to mobilize populations and the medium for doing so has adapted and involved. While there is a certain degree of fake news, and lack of news for that matter, that is coming directly from news organizations in favor of political agendas, there is also a lot of disinformation that spreads on our social media platforms.

Not only does fake news travel six times faster than real news on these social sites, but many of the algorithms are coded to exponentially make us see the content that we most likely agree with politically, and also groups us with other people who view the same content. It happens for people on both ends of the political spectrum. This constant reinforcement of the same ideology on one side or the other is most likely a contributing factor as to why the country seems so passionately divided.

The documentary uses Wikipedia as an example, imagining two different people getting a unique customized definition of the same search term. Obviously the two will passionately disagree on the issue at hand. The takeaways from some of the experts were that it is important to have opinions, but it is equally important to diversify our intake of news, and to understand that in the world we live in there is potential for the manipulation of information.

The Social Dilemma covers these issues and others not discussed. It was entertaining, informative, and a must watch if you wish to have a greater understanding of the various societal problems that have manifested with the advancement of technology. Finally , the documentary implored watchers to discuss potential solutions to these issues together. In person, ideally. 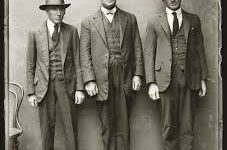 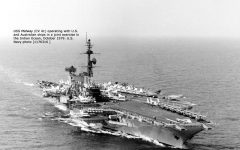 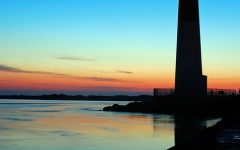