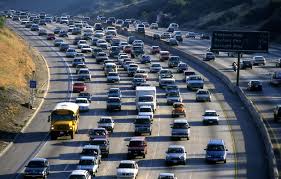 Many people revere California as a beacon of opportunity, yet it has the highest negative net domestic migration rate out of every state in the country. So why are so many people leaving?

California has historically been seen as a land of limitless opportunities and the epitome of the American dream, but the Golden State has become plagued with income inequality, homelessness, poverty, and high cost of living.

Among US states, California has the fourth-highest, and second-fastest-growing, levels of income inequality. It has the country’s largest homeless population (151,278) and is the third most expensive state to live in. It is ranked 49th in affordability and 42nd in fiscal stability.

The state is bankrupt and seems to think that spending more money will solve all of its issues. California has the highest state income tax of 13.3%.

The state’s pandemic response has also been a disaster. According to a WalletHub survey, in terms of reopening restaurants and bars, large gatherings, and shelter-in-place orders, California is the most restrictive state in the country. It is also ranked 48th in reopening non-essential businesses.

California has historically been seen as a land of limitless opportunities and the epitome of the American dream, but the Golden State has become plagued with income inequality, homelessness, poverty, and high cost of living. ”

An estimated 13,000 businesses left California between 2009 and 2016. This is because California has been and remains an extremely high tax state. The Tax Foundation ranked the state as 48th in terms of business climate and regulatory burdens. Throw in its extremely high cost of living, the state is not affordable, especially for small businesses.

People are taking notice of California’s issues and are looking into new states to move to. The states receiving the highest number of fleeing Californians include Arizona, Washington, Nevada, Oregon, and, most notably, Texas.

86,164 Californians moved to Texas in 2018. This trend is being continued by many high-profile Californians.

Joe Rogan, the owner and creator of the most listened to podcasts in America, “The Joe Rogan Experience,” recently moved his business from Los Angeles to Austin, Texas. He is an outspoken critic of California and its growing problems, “When you look at the traffic, when you look at the economic despair, when you look at the homelessness problem that’s accelerated radically over the last six, seven, ten years, I think there are too many people here.”

Tesla has begun the construction of a $1 billion gigafactory near Austin, Texas. This is the beginning of Tesla’s plans to diversify its operations outside of California. At the beginning of the pandemic, Tesla CEO Elon Musk threatened to move the company’s headquarters out of California over restrictions imposed by health officials but ultimately won the dispute. The company is headquartered in Palo Alto, but there is no guarantee that it will always stay there. In an interview, Musk has discussed the possibilities of moving the company’s main operations, “There’s no question that our headquarters will remain in California for the short term. Long term, we’ll have to wait and see.”

California’s already high, and fast-growing income inequality is an indication that it is a state for the super-wealthy, not the average American. Residents leaving California tend to be less educated and make less than $50,000, while its incoming residents usually have bachelor’s or graduate degrees and make more than $100,000 a year.

William Frey, a demographer for the Brookings Institution, projects that the population slowdown will likely cause California to lose a congressional district after the 2020 Census. In comparison, Texas may gain three seats.

Many critics characterize California as the quintessential failed liberal state and attribute its failures to its policies. They point out that people fleeing California for states with better opportunities are ending up in red states.

Conservative Texans welcome new Californian neighbors but warn them to not bring what they left behind with them. Phrases like “Don’t California my Texas” and “Don’t vote for what you fled” serve as warnings from local conservatives to not turn Texas into the failure that California is becoming.

These warnings may have some merit to them and should serve as reminders to the rest of America to “be careful what you wish for,” because as former President Jimmy Carter once said, “Whatever starts in California, unfortunately, has an inclination to spread.”