Will these pandemics ever stop? 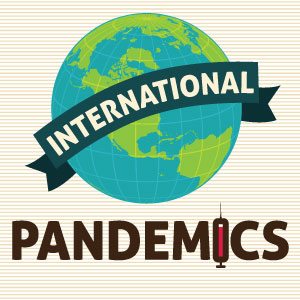 Before the introduction of the COVID-19, cholera, the bubonic plague, smallpox, AIDS, and influenza were some of the deadliest viruses that the human population had ever dealt with. Cholera spread throughout the Erie Canal and Hudson River during 1832 in smelly, miasma gas clouds, and the bubonic plague spread from rodents and took out an estimated two-thirds of Europe’s population between 1347 and 1351.

The smallpox virus was an incredibly deadly virus that killed 300 million in the 20th century alone. The AIDS pandemic largely hit homosexual and minority communities through bloodstreams and is theorized to have started in Africa during the second half of the 1900s. Influenza has caused multiple pandemics, the most deadly killing an estimated 50-100 million in 1918. While most pandemics start small, once the disease spreads to other parts of the world, control is lost.

With each pandemic, governments choose to use a similar course of action as they did with the last, and COVID-19 was no different. If people turned the idea of the Ford Model T into the greatness of the Chevrolet Corvette, why do we continue to use the same method of thinking for something that impacts us more largely like these global pandemics instead of choosing to adapt from previous methods of thinking?

First, a travel ban is placed, then quarantine is enforced (even to the point of lockdown if officials feel that it is necessary), and lastly, researchers are left to rush to find any possible cure they can. Although people continue to look arduously for a cure to these diseases, the only major pandemic that the human race has been able to successfully eradicate was smallpox in 1980, and even with this disappearance, people shifted their focus from other pandemics like AIDS and Ebola and they were then enabled to prosper and spread in the midst.

While most pandemics start small, once the disease spreads to other parts of the world, control is lost.”

We usually only consider all the issues of a pandemic to be solved by science, but most of them are largely socially based and have to do with the way we have chosen to live and have evolved.

Besides the consistent process in trying to stop a virus, there is almost always a common theme of these pandemics starting in animals and spilling over to humans. This is due largely to the shift of our society from the early hunter and gatherers to a primarily livestock-based one, making it almost impossible to eradicate viruses because they are outside of the control of just people. However, wild animals are just a small piece of a larger puzzle.

The most recent pandemic transmitted primarily from animals was the 2009 H1N1 influenza pandemic, where influenza jumped from massive herds of pigs to humans and was addressed in many briefings by the World Health Organization. Our society has grown so reliant on the mass production of animals to maximize their profits that it makes it much easier for diseases to commonly move around and eventually hurt ourselves in the process.

Outside of the animal-human relationships that enable a vast majority of pandemics to thrive, the reliance on metropolises only contributes to our interconnectivity and makes it harder for a pandemic to die out. There also hasn’t been sufficient data yet showing that travel bans have done anything to stop the spread of viruses on a larger level, however, people are still able to easily intermingle in cities like New York, Los Angeles, and Chicago.

Robert Peckham, author of infectious diseases, says, “Unless we focus more on the social and cultural components, we will not be set in a good position to combat pandemics. Solving a pandemic is more than just vaccines, wearing a mask, and sanitization; it is interwoven in the way we live and the way we consume.”