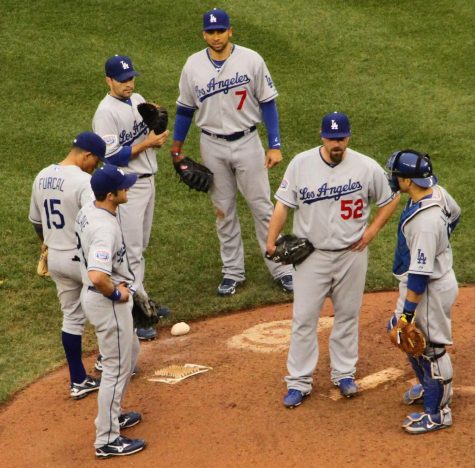 As we all know, the Los Angeles Dodgers beat the Tampa Bay Rays in the 2020 World Series. After a great series, the Dodgers proved themselves victorious after six games. Despite the Dodgers having almost triple the pay roll as the Tampa Bay Rays, the Rays fought back hard and showed high hopes of having a great team for years to come.

Although the Dodgers did win the series, there was something very interesting about what happened in the final game six of the world series: Josh Turner tested positive for Covid-19 in his pregame test, however, he played until the 6th inning. The most controversial part of this? The fact that Josh Turner left the game after being informed he was positive, but he then went back onto the field with the Dodgers to celebrate their World Series Title.

The reason as to why this is so controversial is because the mandates and protocols that the MLB installed were ignored during game six of the World Series. This not only made Josh Turner look bad because he rejoined the team after knowingly testing positive, but this also made the MLB look bad. The MLB looked bad because how can they install all of these rules, but then not enforce them? Covid-19 is the reason why things are not normal in this world at the moment. This is extremely against everything that not only the MLB instated, but for this country as well.

Why is this something that is a big deal? How is it possible that the government is to place restrictions on our population, but then on tv we can see an actual person with Covid-19 celebrating and jumping around, celebrating with their team?”

Why is this something that is a big deal? How is it possible that the government is to place restrictions on our population, but then on tv we can see an actual person with Covid-19 celebrating and jumping around, celebrating with their team? The reason for quarantining and the reason fans were not in attendance of this game was because of this exact reason. Josh Turner was instructed to stay in isolation after being informed he had Covid-19, but this is the exact opposite of what he did.

As an average civilian, it is frustrating to see people who think they are above the regular mandates of Covid-19. Covid-19 does not discriminate, even if you are a professional athlete. Josh Turner essentially put his whole team at risk, and maybe even the other team if he came into close contact with anyone on the Tampa Bay Rays. Teammates also defended Josh Turner, saying he was a part of the team. This statement is not wrong, but there are bigger things in this world that matter over a World Series Title. This is not a good thing, if this is how professional athletes and role models are treating Covid-19, how can we expect the viewers who watched the World Series still behave with regards to Covid-19?

I think Josh Turner should be punished pretty heavily for his actions. They won the World Series fair and square, but how the Los Angeles Dodgers handled this issue was very poor. Professional athletes need to understand, especially in this day and age, that there are millions of people at home watching not only the World Series, but every professional sport. From little kids to adults, everyone saw what Josh Turner did, and if he thinks it’s okay, this could potentially make people at home think the same in regards to Covid-19.

No punishments have been laid on Josh Turner as of today, and it seems as if the MLB will not be doing anything about this issue either. The Dodgers should be happy that election season is happening right now, otherwise Josh Turner and the Los Angeles Dodgers could have been facing heavy scrutiny from the sports world. With this being said, I would like to emphasize that the Dodgers won the World Series fair and square, and this has nothing to do with the Dodgers cheating.