A glance at the first 72 hours in the Oval Office 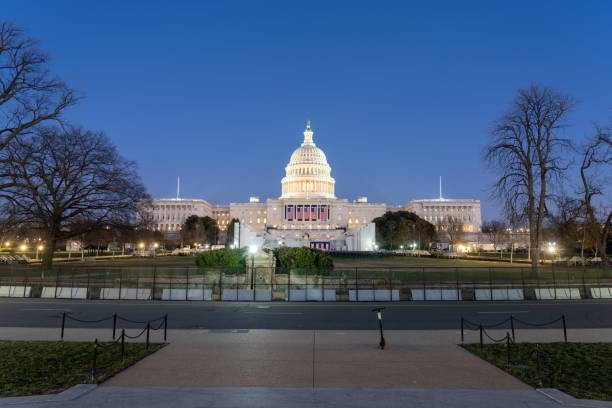 In his first 24 hours in office, President Biden signed the following into effect: A memorandum freezing the approval of rules that were passed in the last days of the Trump presidency, an executive order that will bring the United States back into the Paris Agreement on climate change — one of his biggest campaign promises.

He also signed in an executive order for businesses to promote racial equity and to, “Advance equity for all, including people of color and others who have been historically underserved, marginalized and adversely affected by persistent poverty and inequality.”

Section One of this order explains that, ‘Advancing equity requires a systematic approach to embedding fairness in decision making processes.’”

Section One of this order explains that, “Advancing equity requires a systematic approach to embedding fairness in decision making processes.” It will supposedly help to make ‘The American Dream’ possible for everyone. Biden also made a proclamation that reversed Trump’s policy which barred entry from seven predominantly Muslim countries, a ban that Trump made pre-Covid era. Masks and social distancing are now also required on all federal property and encouraged citizens to mask up, as he doesn’t have the authority to issue a nationwide mask mandate.

Biden also dipped his finger into immigration, as he revised some immigration enforcement policies. Trump originally signed this action in order to end communities from hiding illegal immigrants from deportation, but Biden revoked it and vowed to “protect national and border security” and “address the humanitarian challenges at the southern border.” He also wants illegal immigrants to count in our national census, which Trump excluded in 2020.

One of the largest moves President Biden made on day one was his executive order to refocus on the climate crisis and cancel the Keystone XL pipeline. By cancelling this, President Biden lost roughly 11,000 jobs and almost $900 million in wages, and this is not good timing, as over 5.1 million Americans are currently receiving state jobless benefits. The Biden Administration is also trying to show its support to the LGBTQ community, as he signed an executive order to ban discrimination on the basis of gender identity or sexual orientation. This was a build off of the Supreme Court decision during the Bostock v Clayton County, GA which expanded protections from discrimination of sex to now include sexual orientation, gender identity and gender expression.

There’s plenty more he did on the first day, too, like pulling funds from the border wall and continuing the pause on student loan payments that President Trump established. If that wasn’t enough for you, President Biden woke up on day two of his presidency and decided that he wanted to do that again, so he went on to take about 10 more executive actions. A lot of these are related to COVID-19, including increased mask regulation in domestic and international travel, an expansion of access to treatment, giving support to the governors deployment of the National Guard to help slow the spread of the virus. One good sign our President is ready to get back to normal is two executive orders with the Department of Health and Human Services and the Department of Labor. These will help support the reopening of schools and increased safety in the workplace. Day three was focused a bit more on relief, as he signed executive orders to help the Supplemental Nutrition Assistance Program, or SNAP, and he also reached out to help veterans by asking for a freeze on debt for roughly two million veterans. He also signed other executive orders to help with delivery of stimulus checks, and helping with unemployment insurance for citizens who refuse to work during COVID-19.