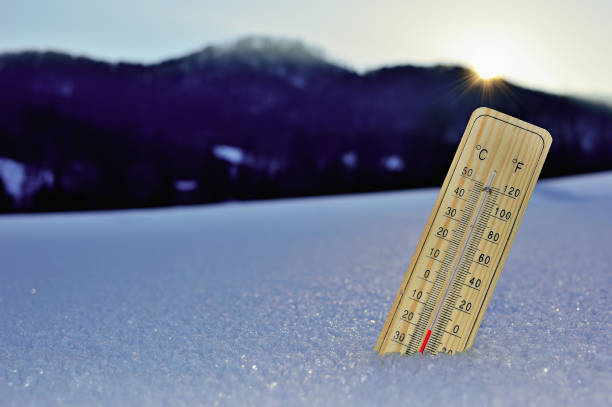 As 2021 is off to somewhat of a better start than 2020, the one thing that has been anything but normal has been the weather. The enormous mass of a cold front that originated in Siberia blew through the United States around Feb. 12-15 and really took a toll on the citizens.

This air mass covered most of the United States and dragged its way down slowly, stretching from Montana through Wyoming, Dakotas, Minnesota, Wisconsin, and even parts of the Upper Peninsula of Michigan. Areas starting in the single digits and low double digits include Texas, Oklahoma, and Arkansas.

Now, being a Minnesotan and having to wake up and get dressed up for a 10 second walk to your car during a cold front doesn’t sound too bad, but a cold front is an understatement for what most experienced. The Midwest was actually the coldest point on Earth around those dates, clocking in at colder temperatures than Moscow, Greenland, and Antarctica. Fargo was the first to see scary numbers, as sunrise came with a welcoming minus 15 degrees for a few days before most states even saw the front.

Many in Texas had it the worst, as that state just isn’t prepared to deal with cold weather, they basically weren’t able to function and had many citizens going without power for days. Dallas saw its coldest day since 1989, and places like Austin and San Antonio also saw their coldest days in about three decades. On top of that, many people reacted the only way they know how, with fear.

Even after people waited around for their power to return to their homes, they still couldn’t go to the grocery store because most were either shut down or out of power and unable to open. Since their homes were left without power, they were forced to sit in cars with blankets for hours to stay warm or to charge up electronic devices.

The Electric Reliability Council of Texas has been anything but reliable over the past 48 hours.”

When asked about this, Texas Governor Greg Abbott said, “The Electric Reliability Council of Texas has been anything but reliable over the past 48 hours.”

Now, Texas is looking for help and relief from this disaster. Nearly 5 million people without power was down to about 300,000 in a matter of days, with a combined 480,000 citizens from other states also losing theirs. Not only that, but very early into the front death toll numbers saw a spike, along with carbon monoxide poisoning statistics. In an effort to stop water pipes from bursting, Texas officials told citizens to dip their faucets in order to stop the pipes from freezing through, but it turned out to be unsuccessful, and almost bit officials in the butt as they realized supply and water pressure may be too low.

Temperatures are beginning to warm back up again, with those southern states seeing numbers more in the 60’s and 70’s now. Though most Minnesotans realize that our insane cold front week comes about once a year, we’re left wondering what the people of Texas and the southern states are thinking now if they can’t handle cold temperatures without losing power and access to essential supplies.

A very similar cold front came to Minnesota about two years ago, and numbers reached minus 40 degrees or more. Even schools in Minnesota were forced to shut down as exposure to skin in weather like that can result in frostbite in a matter of minutes, but if fronts like this are to keep coming, can we expect a plan from the southern states on how they want to or are able to combat this?