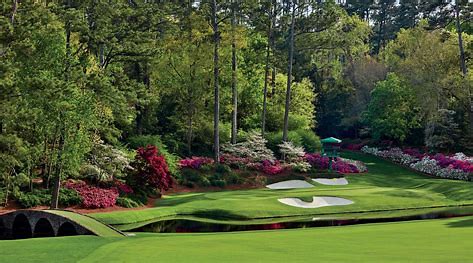 A Look Towards the Master’s Tournament 2021

As the PGA Tour returns from a very unconventional season due to the Coronavirus outbreak, we look towards what many consider to be the top major tournament of the PGA Tour, The Masters Tournament. Top-ranked player in the world,  Dustin Johnson seeks to defend his title, as the rest of the field looks to steal his crown and be added to the group of legends who have received the famous Green Jacket.

After being moved from April to November in a major PGA calendar shift, the 2020 Masters Tournament was one for the books. Dustin Johnson shot the 72-hole course record, 268 (-20), giving him a five shot victory over Australian Cameron Smith, and South Korean Sungjae Im. Johnson was awarded his Green Jacket by the G.O.A.T, and defending champion, Tiger Woods, and received a payout of $2,070,000, a payday fit for a champion.

Augusta National Golf Club, annual home of the Masters Tournament is what many consider to be the most famous course on the PGA Tour, and the history of the course is what draws many eyes to the sport. Up until 1857, the property was home to an indigo plantation, when it was then purchased by Belgian Baron Louis Mathieu Edouard Berckmans. Louis and his son Prosper Jules Alphonse Berckmans used the land to found a nursery named ‘Fruitlands’. That land was then purchased by Bobby Jones and Clifford Roberts, who founded Augusta National in 1932.

They hoped to create a world-class course that could be played year-round. This proved to be a very difficult task due to the effects of the Great Depression. In hopes to attract an audience and popularity, golf pro Ed Dudley and Augusta National hosted its first ever tournament in 1934. It was then called the ‘Augusta National Invitational Tournament.’ Former President Dwight Eisenhower took a liking to the course and visited Augusta National 29 times during his presidency. The Masters emerged from humble beginnings and proved to become one of the most famous and exclusive courses in the world.

Although the 2020 PGA season has been far from standard, the 2021 Masters seems to put the PGA Tour right back on track. In previous years, Tiger Woods, Phil Mickelson, and few others proved to be a cut above the rest of the field and could almost always be counted on to win the tournament, but this year seems to be a lot different. With Tiger out due to injury, and Phil’s lack of a major win since 2013, it seems that a new set of contenders are emerging from the rough.

2020 Champion Dustin Johnson continues to be the favorite (+550) to defend his title, with Justin Thomas (+1000), Rory McIlroy (+1000), and John Rahm (+1100) close behind. With an impressive win at the Arnold Palmer Invitational, Bryson DeChambeau (+1200), also proves to be a likely contender, alongside Brooks Keopka (+1200), but in the PGA Tour, anything is possible. There are many underdogs to keep an eye out for leading up to the 2021 Masters. Jordan Spieth (+1600) continues to get his game back on track in recent tournaments, and #5 World Ranked Xander Schauffele (+1800) will hope to continue his strong 2021 season.

Augusta National posts a stiff course rating of 74.0, meaning that on average, ‘scratch golfers’, or golfers with a handicap of 0, should post a score of 74 (par 72). For almost anyone reading this article, including me, a course rating of 74 would mean a round of triple bogeys, and an overall score of 100+. That is why we are not on the PGA Tour. Augusta National encompasses 7,270 yards of golf from the longest tee, with four par 5 holes, and four par 3 holes. When Masters Patrons head to the course, golf often comes to mind second behind the course. Augusta National is known for its beautiful Azaleas, which will be set to bloom as the World’s best head to Georgia in April. Many of the trees and plants located on the course were imported by Prosper Jules Alphonse Berckmans, back when Augusta National was Fruitland Nursery. As for a winner of the Masters Tournament, only time will tell, but whatever the outcome, the historical tradition of the Tournament will continue to live on and entertain millions. 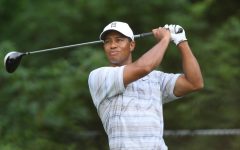