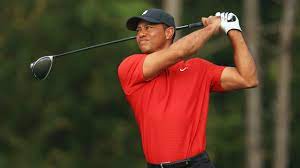 Woods was set to film more for a GolfTV series on the morning of the accident. The two-lane road that the golf icon was driving on was a winding road through the upscale suburbs of Los Angeles. The 2021 Genesis SUV appeared to hit the median before flying back across the other lanes, hitting a curb and rolling over several times. The vehicle ultimately settled several hundred feet from the road, with no evidence of breaking or skidding out.

A resident near the accident site heard the horrendous crash and called 911. A neighbor of the scene went to check out the incident and poked his head through the broken windshield to see Woods still in his seat with his seatbelt on. Alex Villanueva of the Los Angeles County Sheriff’s Department arrived on the scene around 7:18 a.m. When Villanueva and other deputies approached the site, Woods was comprehensive, calm, and able to speak. A pry bar and ax were used to remove the windshield and pulled Woods out of the wreck safely. The airbags deployed, keeping the inside of the vehicle intact, which left Woods in serious, but stable condition.

Almost 15 hours after the wreck, Dr. Anish Mahajan of Harbor-UCLA Medical Center, finally released a statement on Tiger Woods’ official Twitter account. Woods had multiple open fractures to his lower right leg, a rod placed in his tibia, and screws and pins in his foot and ankle during his emergency surgery. His fractures were broken into more than two pieces and even broke the skin, but Woods was “awake, responsive, and recovering in his hospital room,” according to the statement by Dr. Mahajan.

I’m sick to my stomach. You know, it hurts to see one of your – now one of my closest friends – get in an accident,”

The golf community heard about the crash and reacted on social media hours afterward. Many of the PGA golfers were preparing for the WGC-Workday Championship on the tour, such as Justin Thomas. “I’m sick to my stomach. You know, it hurts to see one of your – now one of my closest friends – get in an accident,” Thomas said. During the tournament, players showed their support by paying homage to Tiger’s championship Sunday red. From previous rival, Phil Mickelson to a guy that has never worn red and black in his career, Rory McIlroy the golf world was paying tribute to Tiger Woods in every way they could.

On March 16, Woods was finally released from the Cedars-Sinai Medical center and headed back to his South Florida home to continue recovering from his multiple leg injuries. Woods injury was reported as the most severe injury that an athlete has faced and has previously struggled with multiple knee and back surgeries, with his last one being on Dec. 23.

However Woods has stayed upbeat since he returned home, releasing an update on Twitter.

“Happy to report that I am back home and continuing my recovery. I am so grateful for the outpouring of support and encouragement that I have received over the past few weeks. Thank you to the incredible surgeons, doctors, nurses and staff at Harbor-UCLA Medical Center and Cedars-Sinai Medical Center. You have all taken such great care of me and I cannot thank you enough. I will be recovering at home and working on getting stronger every day.”

Woods was also very excited to see his children again and helped him keep his spirits up.

With the investigation coming to an end, there was no evidence that Woods was impaired at the time of the crash. Investigators believe that he never hit the brakes, causing his car to veer off the roadway and rolling over multiple times. Also, there was no evidence to suggest that Woods ever took his foot of the gas. A search warrant was completed to retrieve data from the black box that was in Wood’s SUV at the time of the incident. Tiger Woods is best known for his historic comebacks from injuries and health issues, and world is rooting for a successful recovery and comeback. 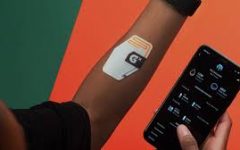 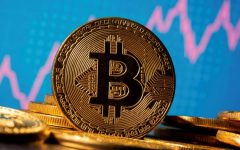 Investing in the Gold Mine? 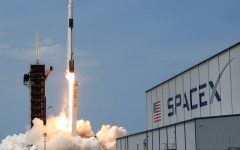 One Response to “Tiger Wood’s Road to Recovery”