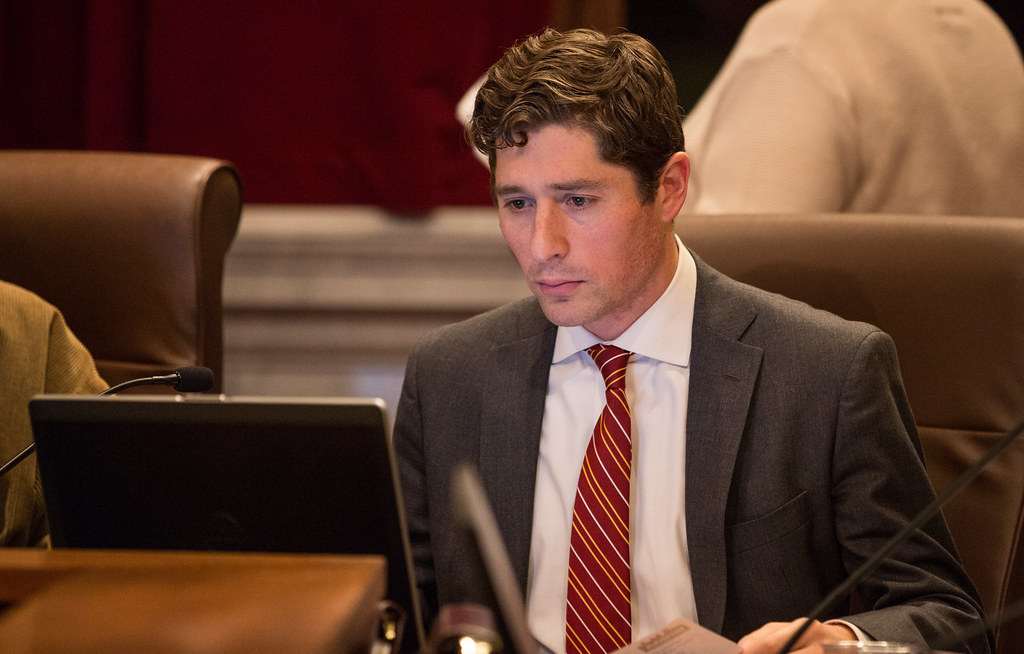 In the early hours Friday, June 4, the City of Minneapolis and its workers began work on the removal of several portions of the barriers surrounding George Floyd Square and its famed fist statue, erected in remembrance of the life of George Floyd and his murder at the hand of police officers more than a year ago.

As city workers began their work on the clearance on the corner of 38th Street and Chicago Avenue, taking away blockades such as city barriers and portable toilets. Protestors did not take these actions lightly and as soon as the workers finished, they began parking cars and stacking barriers back up. Protestors have been using items such as furniture, trash cans and other street debris to stack barriers back up after city workers departed after starting around 4:30 a.m.

In a press conference regarding the city’s actions, Mayor Jacob Frey stated that the so-called “phased reconnection” is an important and necessary step in healing the community and has stated that he has been in contact with community members to realize the best way to go about this “reconnection.”

Talks with community members regarding the investment in both black-owned businesses as well as the rest of the surrounding community have been ongoing, according to city spokeswoman Sarah McKenzie.

This communication includes discussion with local groups such as the Agape Movement, a peacekeeping group whose staff includes former gang members from the local area. The city contracted the group to maintain a form of security in the area in lieu of police, who have not been a presence in the area in recent months.

Steve Floyd, a senior advisor at Agape, stated in a conference outside of Worldwide Outreach of Christ at 38th and Chicago that the changes enacted on the memorial site are only temporary and are primarily so that city buses and firetrucks can access the area again. Even if temporary, community members there to witness the process were visibly upset and crowd remained heavy throughout the morning.

“I think it’s wrong,” said D.J. Hooker, a community member at the scene. “This is not what they should be doing while people are trying to still heal.”

According to city representatives, officials have been under pressure to reopen the area from both local residents and businesses, some of which have not reopened due to the barriers and lack of public transport due to the streets being closed. Although local residents appreciate both the international recognition and community that has been built through this memorial, some have complained that once crowds disperse for the day, the area becomes filled with gunshots and active gang members.

The reasoning for Agape partnering with the city of Minneapolis is partially to dissipate these issues to an extent, although their plan is much bigger and more thought out than one single action.

According to Steve Floyd and Agape representatives, decision-making with the city government comes with a list of 24 demands in return created by the organization themselves. These include actions to invest in local, black-owned business, help for Agape and other local organizations and general investment into the neighborhood residing around the George Floyd Memorial Square.

Frey said that efforts to rebuild and re-open the square will be ongoing for the following weeks, in hope that it can be a partial “return to normalcy,” and hopes that with the aid of organizations like Agape the process will remain smooth.

“Through a phased reconnection, we can also find a way to provide the necessary social services and city services that have been missing at times over the course of this last year. We can make sure that patrons are able to visit there local businesses and have full access… In order to create this space accessible to all, moving towards this phased reconnection was a critical step,” Frey said.