Vikings Win in OT on the Road 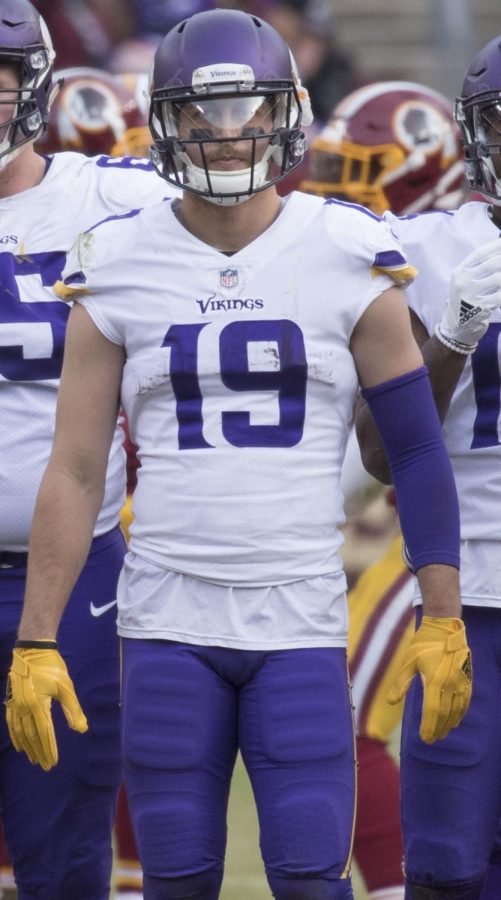 After a disappointing 2-3 Minnesota Vikings record heading into week six against the Carolina Panthers. The Vikings were set on going into their bye week with a .500 record with a tough schedule remaining on their schedule. After a walk-off win against division foe, Detroit Lions, not only did the Vikings need a week six win, but head coach, Mike Zimmer, needed it more. Zimmer, who has been the head coach for the Vikings since 2014, has seen his job on the line since the disappointing week one loss to the Cincinnati Bengals. A loss to the Carolina Panthers, along with a 2-4 start, would leave General Manager Rick Spielman with a decision have to be made.

The Kirk Cousins-led offense had two strong drives in the opening quarter but fell short of converting a touchdown in the red zone, leaving kicker Greg Joseph to two 25 yard field goals. Minnesota let up a short touchdown in the first quarter due to a Justin Jefferson fumble. The touchdown was scored by running back Chuba Hubbard, who is filling in for injured all-pro running back Christian McCaffrey, who is dealing with a hamstring injury.

The Vikings opened up the second quarter with a nine-play, 85-yard drive ending in a touchdown scored by tight end Chris Herndon. Herndon was a early-season addition by Rick Spielman, after Irv Smith Jr. was placed on injured reserve to open the season. After taking a 12-7 lead, the Vikings went for the two-point conversion to give themselves a seven-point lead. For the successful two-point conversion, Minnesota handed the ball off to their heart of the offense, Dalvin Cook, who has been battling an ankle injury. Later in the first half, Carolina had a ten-play, 32-yard drive, which ended in a 47-yard field goal by kicker Zane Gonzalez cutting the Minnesota lead down to only two. The second half ended with defensive stops for both teams, with a score of 12-10 going into halftime.

Carolina scored a touchdown off of a blocked punt in the second half by Kenny Robinson, returned only for four yards to take the lead early into the second half. After the special teams touchdown by the Panthers, Minnesota’s offense took control of the game. In the middle of the third quarter, Minnesota regained the lead by a 16-yard touchdown run from Dalvin Cook. With an 18-17 score, Minnesota attempted a two-point conversion to separate the lead by a field goal, which was unsuccessful.

The Vikings’ defense came up with a significant turnover on the following drive where safety Xavier Woods forced a fumble on wide receiver DJ Moore. With the ball starting at Carolina’s 39-yard line, Kirk Cousins marched the offense down to the end zone with a beautiful touchdown scored by the Detroit Lakes native, Adam Thielen. After the extra point, The Vikings had an eight-point lead with 2:24 remaining in the third quarter. The Vikings had yet another solid defensive stop on the ensuing drive with a five-play drive only 22 yards to give the ball to the offense to start the fourth quarter.

The Vikings’ offense displayed their offense the next drive, with many running and play-action plays. The Vikings settled at the Carolina 20 yard line, where Greg Joseph made the short 38-yard field goal to take a comfortable 11 point lead in the fourth quarter. After another Vikings defensive turnover forced by long-time Viking Everson Griffen, the Vikings got the ball back on Carolina’s side of the field. The Vikings had a three-and-out drive that was settled to a 50-yard missed field goal by Greg Joseph.

With 7:04 remaining in the fourth quarter, Sam Darnold took control of the ball. Darnold led a seven-play 55-yard drive with a field goal kicked by Zane Gonzalez to cut the deficit to eight. The Vikings got the ball back with 4:41 left on the clock, where only three first downs would end the game with Kirk Cousins taking a knee. Vikings fans saw their offense go three and out again to give the ball back to Carolina’s offense with 2:09 left on the clock. Carolina had 96 yards to go for a chance to tie up the game and force overtime. After multiple third and fourth down conversions by the Panthers, Sam Darnold found Robby Anderson in the endzone for a touchdown. With the two-point conversion to tie the game, Sam Darnold gave tight end Tommy Tremble a shuffle pass to complete the conversion and tie the game.

The Vikings had 41 seconds and two timeouts to try and allow Greg Joseph to win the game, which they did. After getting the ball to the Carolina 29 yard line and setting up a 47-yard field goal, Vikings fans saw another missed field goal, forcing overtime.

Minnesota won the coin toss and elected to receive the ball, with the opportunity to end the game with a touchdown. With Mike Zimmer’s job on the line, the Vikings took the field. Kirk Cousins led a nine-play 75-yard touchdown to win the game and keep Zimmer’s job for at least one more week. The touchdown scored by Vikings second-year wideout K.J. Osborn scored on a 27-yard touchdown. Minnesota can head into the bye week with a 3-3 record with a week eight Sunday Night Football matchup against the Dallas Cowboys.