The highest grossing video game franchise of all time, Pokémon, recently released remakes of Pokémon Diamond and Pearl after 15 years. These highly anticipated remakes have been rumored for years, bringing Pokémon fans out of the woodwork to purchase remakes of their favorite generation. The newly titled “Brilliant Diamond” and “Shining Pearl” are near perfect remakes of their original counterparts.

The updated art style creates a brilliantly beautiful world for you to explore, with some rather stunning water, making it feel like a game worth the $60 price tag. The Sinnoh region and starter Pokémon are favorites of many in the Pokémon community, making this long wait completely worth it.

The games as I have mentioned are near copies of the originals, very much like, “HeartGold” and “SoulSilver” are to “Gold” and “Silver.” The starter Pokémon are the same as in the originals, that being Chimchar, Turtwig, and Piplup. There are of course version exclusive Pokémon between the two separate games the most obvious one being the box legendaries. Ultimately, when it comes down to which version you want, go with whatever box legendary you prefer.

Exploring and revisiting the Sinnoh region for a third time myself, after playing the original “Pearl” and “Platinum”, brought back tons of nostalgia, making it impossible to stop smiling while playing. The changes that “Brilliant Diamond” and “Shining Pearl” bring to the Pokémon lineup are very much appreciated after most recently playing Pokémon “Sword” and “Shield.” The instant ability to share Exp. from the beginning of the game is a welcomed addition for trainers who prefer to just use their starter Pokémon. Another rather large addition and change to the game is the addition of the underground.

The underground is an area where you can mine and dig to collect statues that can increase your odds of seeing rare Pokémon of that specific type. The underground also has rooms to explore for Pokémon of each specific type, this helps balance out the starter Pokémon at the beginning due to the greater availability of fire-type Pokémon throughout the game. The rooms are pretty similar to “Let’s Go Pikachu!” and “Let’s Go Eevee!” where Pokémon will spawn in the overworld as compared to throughout the game on each route, where the Pokémon cannot be seen or avoided. The addition of the underground makes these games feel totally worth the price.

The only issue I have with the game as a whole is how easy it feels. At no point throughout the entire game did I feel as though I was struggling. I can confidently say that Pokémon “Sword” and “Shield” were much more difficult than “Brilliant Diamond” and “Shining Pearl.” I am not sure if it is because of the Exp. Share feature or if the game is truly easier. I rushed through the entire story in a matter of 15 hours, granted I did not catch every single Pokémon in the Pokédex, but I did see every Pokémon that is needed to expand the Pokédex into the National Dex. I could have spent more time in the underground exploring and catching Pokémon, but my team was cleaning house and winning every gym battle with ease. The most challenging part of the game was of course Cynthia, the champion of the Sinnoh Region. She is the last person that you battle in the main story and should be the hardest challenge in the game, but she wasn’t able to take me down, even after beating the Elite Four. 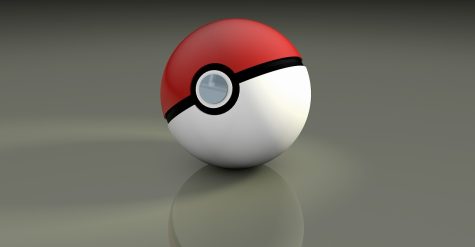 Pokémon “Brilliant Diamond” and “Shining Pearl” are magnificent games that will bring back loads of memories and nostalgia right from the start. Friends of mine bit the bullet and purchased Nintendo Switches, just for these games. They are loving playing through a game that they played as children. I too have been having a blast with the game and can’t wait to put more time into it. There is so much to do after the main story that it is often the best part. New Pokémon from other regions begin to appear, bringing back even more blasts from the past. I urge you to pick up this game if you have played the originals in the past, go for it. I promise you will enjoy it.

I give Pokémon “Brilliant Diamond” and “Shining Pearl” a 9/10.