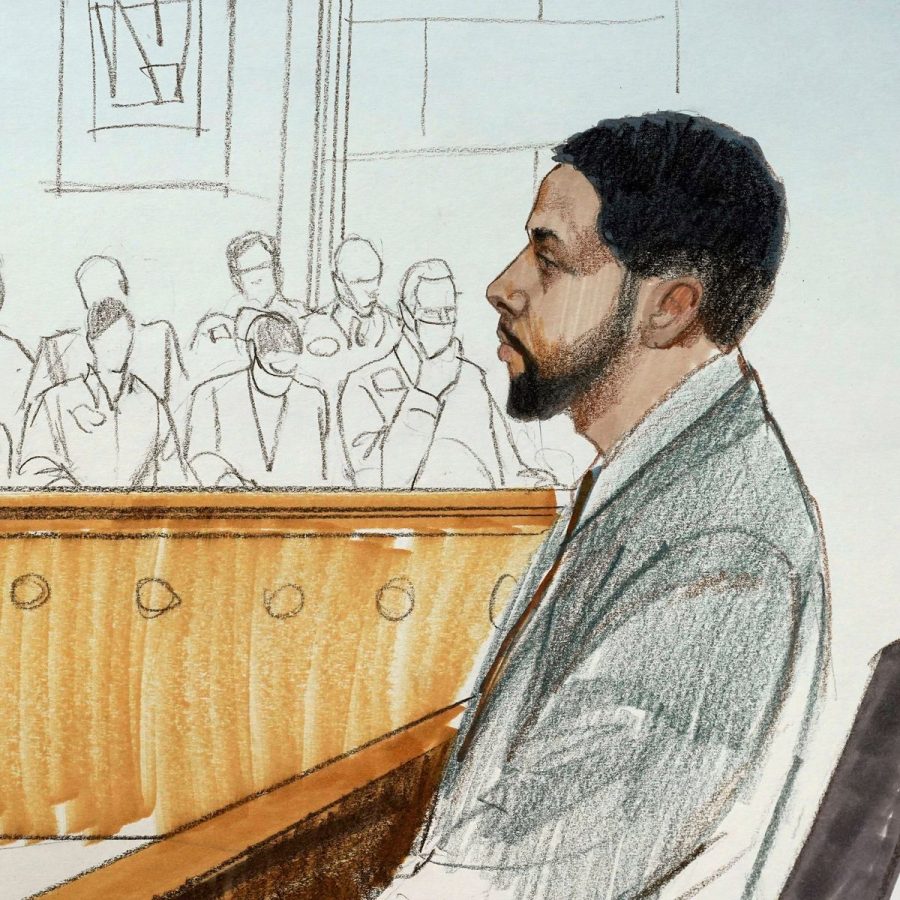 An almost three year long trial ended earlier December when Jussie Smollett was convicted on five counts of disorderly conduct, a felony charge in Illinois, for his role in falsely reporting a crime to the police.

This debacle began on January 29th, 2019 when Empire tv show actor Jussie Smollett called Chicago Police to report being the victim of an attack by two masked assailants. He claimed that the attackers wrapped a rope around his neck and poured a chemical substance on him while using racist and homophonic slurs and yelling “MAGA country.”

Following this incident, Smollett received an outpouring of support among actors and social media. The Chicago Police department was very involved and committed to finding the perpetrators of this incident.

Smollett reported that he was on the phone with his manager during the incident. CPD wanted to use the actor’s phone as evidence to confirm details like the MAGA reference, but Smollett initially refused citing personal privacy; “because I have private pictures and videos and numbers: my partner’s number, my family’s number, my cast mate’s number, my friends’ numbers, my private emails, my private songs, my private voice memos.”

At the time the police had no reason to force him to hand over the phone, “He’s a victim. We don’t treat him like a criminal.” Eventually, Smollett turned in a PDF file of his phone record with redacted parts to the police.

The investigation took a turn when Chicago police arrested two people of interest in the attack. The two men were brothers Obabinjo and Abimbola Osundairo, both of whom had worked as extras on the Empire set and were acquaintances of Smollett.

In a raid of their home, police found a black face mask, a red hat, bleach, receipts, and other items related to the attack. Surveillance footage at a convenience store revealed the Osundairo brothers purchasing items for the attack.

After interrogation, the two brothers admitted that Smollett paid them with a $3,500 check to carry out the attack. The brothers were not charged or treated as suspects.

The development completely redirected the course of the investigation and implicated Smollett in a crime of reporting a false hate crime. On February 21, 2019 the actor turned himself in.

Smollett pleaded not guilty to his charges and continues to maintain his innocence, “I have been truthful and consistent on every single level since day one. I would not be my mother’s son if I was capable of one drop of what I have been accused of.”
Chicago police ordered Smollett to pay $130,000 to cover the cost of the investigation of his false crime, which included overtime pay of officers who worked the case. Jussie refused to pay this amount, which prompted the City of Chicago to sue him for three times the initial amount.

Police Superintendent Eddie Johnson criticized Smollett in a press conference and accused him of using the incident as a publicity stunt to promote his own interests.

“Jussie Smollett took advantage of the pain and anger of racism to promote his career. I am left hanging my head asking ‘why?’. Why would anyone, especially an African-American man, use the symbolism of a noose to make false accusations? … How can an individual who’s been embraced by the city of Chicago turn around and slap everyone in the city in the face with these false claims?”

In March of 2019, Jussie Smollett was indicted on 16 counts of disorderly conduct in relation to the incident and his filing of a false police report. Later that month, all criminal charges to Smollett were dropped by the ruling judge on the grounds of the forfeiture of his $100K bond and the completion of community service before the charges were dropped.

This unexpected decision prompted extreme criticism. Many were furious how Smollett tarnished the reputation of the city of Chicago. Powerful figures like Police Superintendent Johnson and even Mayor Rahm Emmanuel called for action.

In June of 2019, Cook County Judge Michael Toomin opened up the possibility that Smollett could be charged again by appointing a special prosecutor to investigate the decision to dismiss all of the actor’s charges.

In February of 2020, Smollett was re-indicted on six counts of disorderly conduct to make four false police reports.

Over a year passes and Smollett’s case is finally brought to trial on December 7, 2021. The actor gave two days of emotional testimony and testified that the Osundario brothers lied when claiming that Smollett paid them $3,500 to carry out the attack.

Two days later, the jury found Smollett guilty on five of the six counts of disorderly conduct for filing a false police report. While these charges can carry up to 1-3 years of imprisonment time for each charge, it is still unclear whether the actor may face jail time.

The only known truth is that Jussie Smollett used racial tensions to falsely tarnish a city and a political group’s reputation for personal gain. His false reporting of a hate crime is a slap in the face to the people dedicated to focusing efforts to end actual hate crimes that are very real and present in this country, where the victims are usually not as privileged as a famous actor. 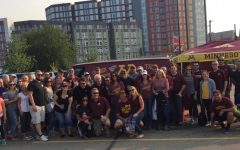