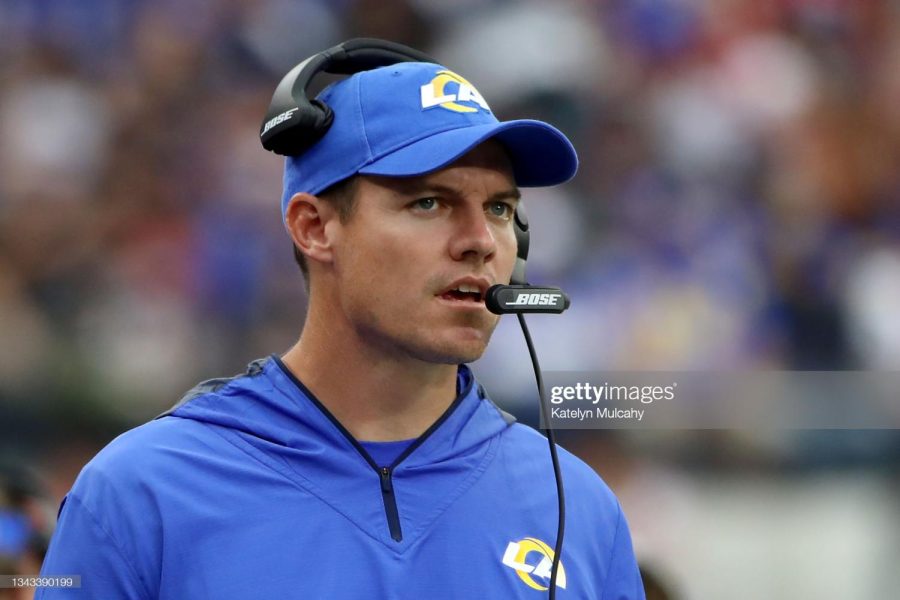 On February 2, it was revealed that Kevin O’Connell will take over as the Minnesota Vikings’ head coach for the 2022 season. This came as a surprise with many rumors regarding a very famous and former NFC Champion head coach brewing in the NFL community. An official announcement cannot be made until after the Super Bowl, but all candidates other than O’Connell have been told they’re out of the running.

One reason Vikings fans have to be excited about the hiring of their new general manager, apart from his great reputation and charming personality, is his connection to Jim Harbaugh. During the interview process there were multiple reports stating the current Michigan Wolverines and former San Francisco 49ers head coach came to Minnesota assured he would be leaving with a new contract. The reported overconfidence could potentially have led to Harbaugh being unprepared for the interview, and appearing unfit for the job. Courtney Cronin of ESPN reported that “Harbaugh was in the mix for the Minnesota job because of his connection to Kwesi Adofo-Mensah. He operated under the assumption that the job was his and prepared for the interview as such.” Adofo-Mensah made it very clear that he was looking for a partner, not an employee. Even with his connection to a historically successful coach in Harbaugh, he sided with Kevin O’Connell. This positive relationship could possibly be traced back to 2016, when Adofo-Mensah and O’Connell worked together for the 49ers. After San Francisco, O’Connell made a stop in Washington D.C. for a year before being hired in Los Angeles.

As the current Los Angeles Rams offensive coordinator, which has been his job for the last two seasons, O’Connell’s focus undoubtedly remained strictly on his performance in Super Bowl LVI. After the fate of his season is decided, his work will only have begun. The biggest question going into the offseason is what to do with the salary cap. This automatically brings Kirk Cousins into the picture. The Vikings quarterback will have a $45 million salary cap hit in 2022 if no adjustments are made. There is infinite debate in the media about whether or not Kirk Cousins is capable of taking the Vikings to the next level. Due to reports coming out from O’Connell’s interview, Kirk haters will likely have to wait at least another year to celebrate his departure. According to ESPN’s Jeremy Fowler, O’Connell “conveyed a firm belief” in the veteran quarterback. As mentioned earlier, O’Connell spent the 2017 season as the quarterback coach in Washington. Their quarterback at the time? Kirk Cousins. This is great news for Cousins, however, he is not the only important player that will be satisfied with O’Connell’s arrival.

Kevin O’Connell is known for his offensive prowess. For the Vikings’ most utilized skill players, this means they’ll finally be put in the forefront after years of Mike Zimmer’s defensive focus. This logic was immediately put to the test as Dalvin Cook and Justin Jefferson spoke to the media at the Pro Bowl in Las Vegas. While appearing on NFL Network, Jefferson could not hide his excitement. “I’ve been watching the Rams offense for a minute now,” Jefferson said. “They get their playmakers the ball. They have some tremendous plays, Cooper Kupp wide open all the time.” “I am excited for it. This is my first head coach that’s going to be on the offensive side instead of the defensive side, so I’m happy.” Dalvin Cook commented after discussing the new coach with Kirk Cousins. Cook said, I’m just looking forward to it. It’s a new opportunity, new era, new energy, so we got to take advantage of it…  We got a new head man, we got a new GM, so we just got to put the right people around us and we just got to go get it.”

With the owners and players on board with the additions, it should not be hard for fans to join in on the optimism. There are still many positions to fill and much work to be done, but having a general manager and head coach in place officially kicks off a new era of Vikings football.