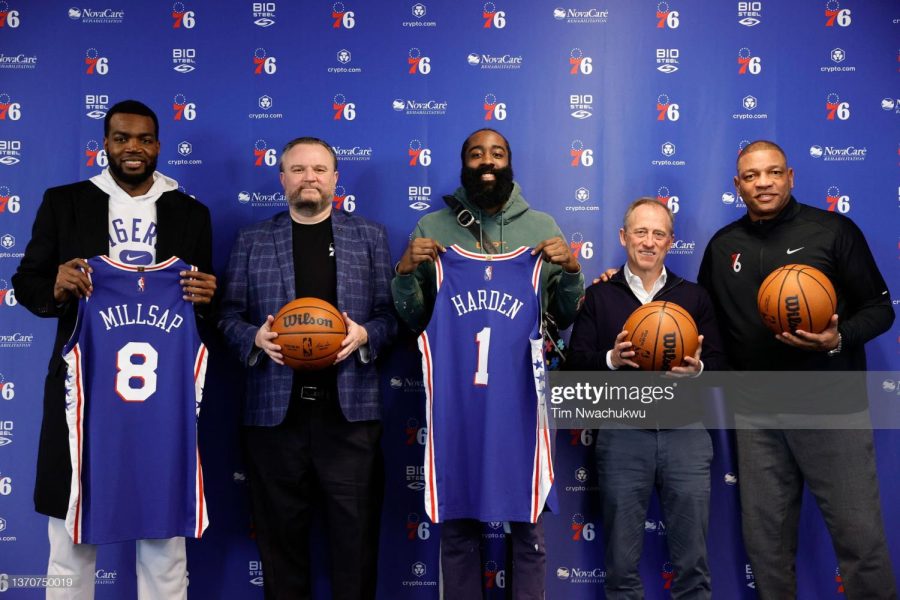 A Recap of the Star-studded NBA Trade Deadline

The biggest stories coming out of the NBA often relate to star players feeling unsatisfied in their current situation. These rumors don’t always lead to players’ wishes being granted. Luckily, this year’s deadline left nothing on the table in terms of big names going on the move.

One deal stood well above the others as the biggest trade of the year. To relieve several struggling stars, The Philadelphia 76ers and Brooklyn Nets came to terms on a blockbuster trade. The 76ers sent Ben Simmons, Seth Curry, Andre Drummond, and two first-round picks to Brooklyn in exchange for James Harden and Paul Millsap. There are many factors that make this trade intriguing. First is James Harden. Unsurprisingly, Harden made it very clear that he wanted to move on from the big three he had formed with Kevin Durant and Kyrie Irving. The fact that Harden was not the first option of the three was most likely what put him over the edge. This can be assumed by Harden’s fondness for isolation while on offense. He will have a much better chance to do his own thing in Philadelphia, with only Joel Embiid to demand the ball.

Another unique factor in this trade is the status of Ben Simmons. Somehow Simmons was more obvious about his displeasure than Harden was. Before the season Simmons’ agent said that he would not play for the 76ers anymore. He clearly meant this as Simmons has not played yet this season. The Nets will need Simmons to get in game shape in a hurry due to Kyrie Irving’s vaccination status, which is another strange situation involving this deal. Irving is not allowed to play in home games because he has not been vaccinated against COVID-19. This will make Simmons a primary ball handler in the many instances that Irving is unavailable.

Although some bigger trades happened in the week before the deadline, the next biggest deadline day move was made by the Washington Wizards and the Dallas Mavericks. Dallas shipped their versatile Latvian big man, Kristaps Porzingis, in exchange for Spencer Dinwiddie and Davis Bertans. Given Porzingis’ talent, this haul appears to be rather underwhelming. When you consider that he has only played in 68 percent of the Mavericks’ games since he joined the team, it makes more sense. Dinwiddie has not been his normal self this season. He’ll have a good opportunity to rediscover himself in a new environment. Acquiring Bertans will help the Mavericks refill a portion of the minutes in the frontcourt that have opened with Porzingis’ departure.

As mentioned before, one of the biggest trades of the season happened in the days leading up to the deadline. On February 8, the Sacramento Kings and Indiana Pacers swapped three players from each team. The Kings acquired Domantas Sabonis, Jeremy Lamb, and Justin Holiday. The Pacers received Tyrese Haliburton, Buddy Hield, and Tristan Thompson. The Kings’ decision to move on from Haliburton is undoubtedly shocking to many given his youth and potential, but getting Sabonis in return is nothing to scoff at. This means that De’Aaron Fox will be cemented as their top point guard, who most thought would be the one to be traded away. For the Pacers, the key to winning this trade lies with the future of Haliburton, as Hield and Thompson have little to offer in terms of growth and versatility,

Some smaller trades also included popular players. C.J. McCollum was sent to the Pelicans, Montrezel Harrel to the Hornets, Norman Powell and Robert Covington to the Clippers, and Caris LeVert to the Cavaliers. Also, some heavily rumored stars like Myles Turner, Jeremi Grant, and John Collins stayed put. With the trade deadline in the past and All-Star Weekend concluding on February 20, the NBA will begin its final stretch toward the playoffs.