The government should get out of drug prices 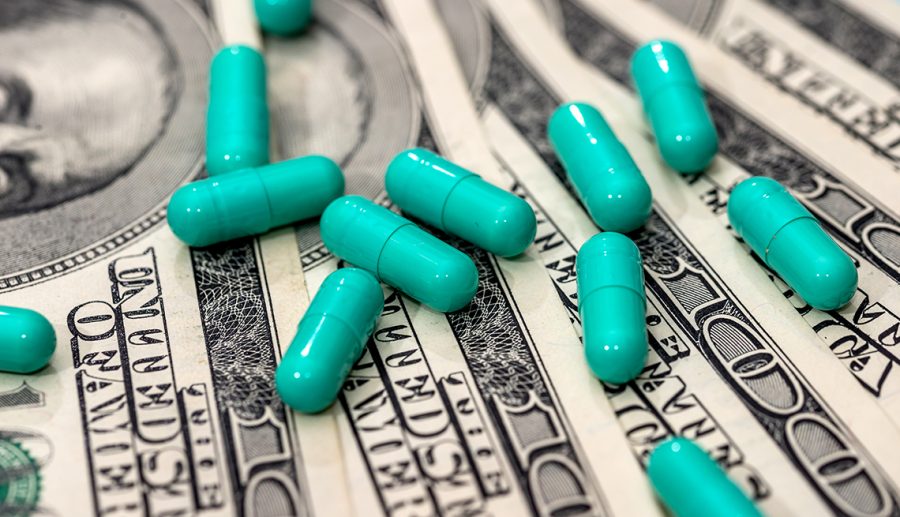 It doesn’t take a political science expert to inform the public that our nation is in a period of intense polarization and political strife. It seems that every issue is partisan and that no solution is achievable for an array of topics affecting the American people. However, there seems to be a light at the end of the tunnel. Both Republicans and Democrats are prioritizing a reduction in drug prices. Though there is a persistent debate on what specific policy should be used to reduce drug prices, there are numerous examples of overlap and bipartisan solutions to an issue that has been deemed as complex.

But what if it isn’t a multifaceted issue? What if the pharmaceutical sector could simply be fixed by changing the way we look at healthcare? It certainly is not a popular opinion, but the truth is that the government is too involved in the drug industry. From the FDA’s power over regulating drugs to crafty politicians attempting to impose price controls on drugs, the struggle seems endless. Therefore, why would the solution to high drug prices be more government intervention? After all, most problems in the industry are a result of failed government policy.

The merit for this claim is not complex. First, by the government intervening in the pharmaceutical industry, the supply of life-saving drugs is significantly cut. For instance, Richard Epstein of the Hoover Institute states, “One great strength of unregulated markets lies in the ability to adjust for shortages in supply, should any current supplier cut back on its output.” When a government intervenes in the market by limiting price or overregulating pharmaceutical companies, fewer businesses will be able to adapt to changes in the market.

This will push them out of business or force them to adapt to the government’s rules with little profit. On the other hand, the established companies will be able to petition and lobby lawmakers to pass legislation that they see fit for their business model. The current state of the pharmaceutical industry isn’t an issue of the fittest survive and the weakest go bankrupt; rather, the fittest find the pockets of the politicians and everyone else loses.

Moreover, price controls, regulation, and cronyism decrease the ability for businesses and institutions to invest in research and development. Pharmaceuticals are extremely expensive to research and produce. A study by Joseph DiMasi, an economist at Tufts University, found that the cost of getting one new drug approved by the FDA was around $802 million. Additional research from the Association for Accessible Medicine found that 90% of drugs are dispensed as generics and many companies specialized in generic drug production that is not significantly profitable. Now imagine developing a drug that is not generic without losing profit.

Developing new drugs usually needs financial backing by outside sources. This capital rarely comes from government entities. According to the Journal of the American Medical Association, “private companies fund between 60-70% of all research and development in the pharmaceutical industry.” This research proves that drug companies have little leeway to adapt to a changing market.

Researching and developing drugs is extremely expensive by itself. Now, add on government fees as well as FDA testing, and we create a market with few businesses that can be sustained long term. The casualties of our current system are not just the market; it is the senior citizen who needs heart medications, the college student who needs insulin, and the low-income single mother who needs medication for her children.

Government policy is also responsible for “Big Pharma,” or the monopolization of the drug industry. If the government were to stop intervening in the pharmaceutical industry, prices would decrease, and the quality and quantity of lifesaving drugs would increase. But government policy has swayed in the direction of safety and security over liberty and market power. Patent laws, for example, allow for big companies to control certain drugs while small companies have to primarily sell generics.

The rationale for heavy regulation of pharmaceuticals is not intrinsically a natural monopoly since any market power enjoyed by individual products derives ultimately from government-granted patents.”

According to the Bureau of Economic Research “The rationale for heavy regulation of pharmaceuticals is not intrinsically a natural monopoly since any market power enjoyed by individual products derives ultimately from government-granted patents.”  In extreme cases, companies change a minute characteristic of the drug and are allowed to keep a patent on the product for years. As a consequence, the price of drugs like insulin skyrocket due to price gouging.

The answer to slowing and reversing the tendency of high drug prices is not price controls or additional red tape. The answer is faith in what has brought prosperity to the United States and countries around the world: free-market capitalism. It is more than justifiable to be skeptical about a business or a drug, but a free market cannot be controlled by a single entity. Prices under an open market respond to changes in demand. Price fluctuation as a response to demand is nonexistent in the pharmaceutical industry. Yet politicians are notorious for blaming the market for its failures. Maybe we should step back and look at what really needs to be fixed: our elected officials.

Government involvement will never resolve the real problem of extensive regulation and failed patent laws. Inversely, government involvement will limit the supply of drugs and destroy future innovation and investment. Moving towards a free market is vital to lowering the prices of drugs. Free markets, relinquishing regulations, and reforming patent laws provide a better solution than any proposal provided by bureaucrats or politicians.

The United States government has an obligation to its citizens to provide an environment that results in the best healthcare at the lowest price. This is certainly not a partisan statement, but the means to the end have polarized the issue. There is a legitimate argument and need for the government to ensure the security of consumers. However, security has no right to override market mobility and individual freedom. Therefore, our government must avoid further involvement in the pharmaceutical industry.

Healthcare has different ramifications than any other sector. Either we establish a thriving healthcare system where prices are low and quality is high, or we fail to provide lifesaving treatment to the people that need it the most. We have a big choice to make; and if we fail, millions of lives will be lost over high prices perpetuated by government failure.

On Saturday, October 13th, Students for Liberty hosted its Midwest Regional Conference at the University of Minnesota. The theme of the conference was...

An Honest Conversation about the Drug War

The Government Can Only Do So Much about Guns

Moments after news came in of the tragic shooting at Parkland High School in Florida, after giving their condolences and prayer, most Americans swiftl...

In October, the College Republicans group at the University of Minnesota (UMN) received a response to the group’s application for a Minnesota Studen...