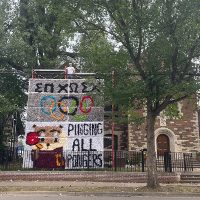 After a year of isolation and distancing, the University of Minnesota returns to normalcy with its sensational fall Homecoming. This week was an amazing opportunity for students, faculty, and alumni to unwind and enjoy all that the University has to offer. The plethora of different activities, ranging from the Lip Sync, Pomping, Parade, and the Homecoming football game and tailgates. Furthermore, all of these activities culminated into one of the best experiences on campus within the last two years; a great time for all students, faculty and alumni alike.

The Greek Lip Sync was an awesome opener that perfectly set the tone for how the week would unfold. Multiple students congregated outside of Coffman Memorial Union, and cheered for all of the students who participated in the Lip Syncing activity. Each sorority was paired with at least two different fraternities and they were given about a week to create a mashup and choreography and the best dance would win. This activity allowed students to perform and entertain their peers in a fun and unique fashion. Some of the trendiest songs made an appearance, and they even got much of the crowd to participate and start singing and dancing along with the performers. It was awesome getting to see the different pairings uniquely interact amongst themselves and create their own unique dynamic that they might not otherwise have had the chance to create.

Pomping, for those who are unfamiliar with the term, is an activity where a group of students essentially take chicken wire and staple it into wood and proceed to fill the empty holes with tissue paper to create an image. With this year’s overall Homecoming theme being “The Olympics” there were a variety of different pomps that paid homage to the Olympics such as: Ice Skating and Ping Pong. The pomps would later be judged and ranked according to whichever had the best presentation and the cleanest overall look.

The parade down University Avenue was a lively event that accumulated campus wide participation. A number of student recognized clubs marched down university and handed out paraphernalia, this march also was a great way for smaller clubs to advertise and increase the number of people who might be interested in participating. The parade was also a nice way for students to finally see board members and our president, Joan Gabel, in person; after an entire year of solely communicating online it was nice to finally be able to put a face to these names.

The tailgates that were transpiring on Saturday were lively and heavily attended, a multitude of students and families were going from fraternity to fraternity. So many people were there, the entire sidewalk was overflowing with bodies, forcing some individuals to walk in the street just so that they too could get to their destination. It was amazing seeing so many University of Minnesota alumni, going into their old fraternity houses and telling stories of their past, being able to see their faces in awe as they roamed the halls that they once occupied was such a moving experience. The entire day people were coming and going from Huntington Bank Stadium and honestly it was an unrecognizable sight. Numerous sophomore students have claimed how strange it is to see so many people at once, considering how vacant our school was just last year. The intergenerational interactions really helped unify our campus community once more and help bring back a sense of community and pride to the university.

Overall, Homecoming was a great time for all the grades, the amount of student participation remains unmatched. This year is setting the tone for what in person classes and what a fully reopened university looks like. Homecoming is a great way for students to meet new people and put themselves out there and try new things. The Interfraternity Council and the Panhellenic community were able to facilitate this amazing event, which revived the campus community after a year of despair. As someone who participated in this event I would most certainly give it a 10/10, I would also encourage anyone who enjoyed watching these activities to participate in this Spring’s Machi days, it will definitely be an event you won’t want to miss. 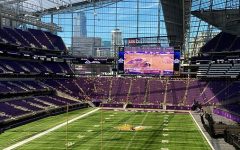 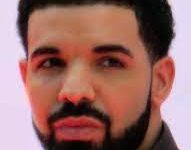 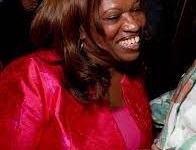 Donda: A Love Letter to Mom