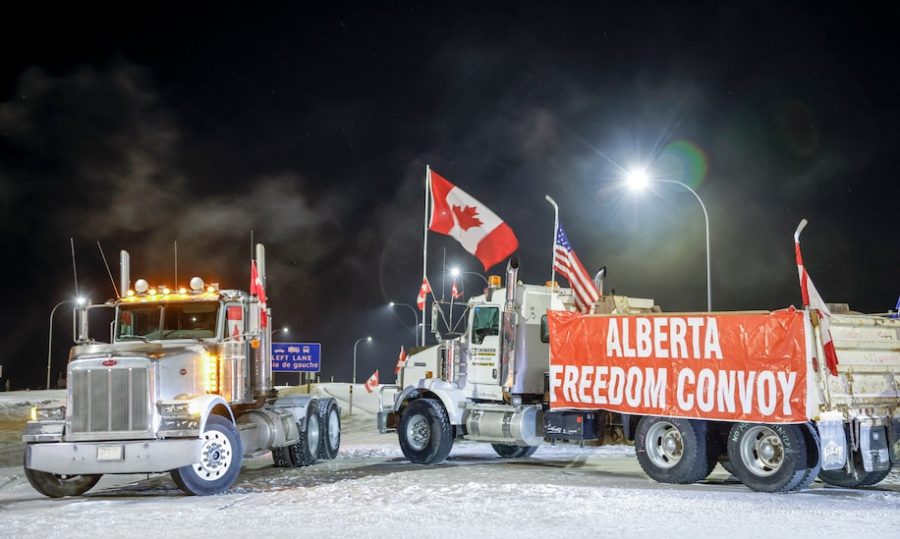 The pandemic is so toxic, it even riles up our nice neighbors up north. Recently, thousands of Canadian truckers, calling themselves the “Freedom Convoy”, have been fiercely protesting pandemic measures. Implementing measures to attempt to curb the adverse effects of the coronavirus is not new on the global scale, but which Canadian policy crossed the limit for the truckers?

Until January 15, 2022, the truckers were federally exempt from showing proof of vaccination to cross the border into Canada. Ever since, Justin Trudeau’s government enacted a controversial policy leaving border crossers with two choices. While entering Canada, truckers can either declare proof of vaccination or quarantine after declaring a negative COVID-19 test. A similar policy was implemented in the United States as well, further complicating trucker movement between the US-Canada border.

As a result, the new rule sparked several truckers to go on a week-long drive across Canada from the west in British Columbia to thousands of miles east in the capital city Ottawa. Along the way, the truckers definitely had supporters, as crowds cheered them on and waved Canadian flags. Citizens shared the truckers’ frustration of excessive bureaucracy.

However, according to the Canadian Trucking Alliance, 85 percent of truckers are already vaccinated, where the new policy only applies to about 16,000 truckers, so why is there a united trucker movement against the new rule? Freedom.

Truck driver Harold Jonker remarked to the BBC: “We want to be free, we want to have our choice again, and we want hope – and the government has taken that away.”

The sentiment amongst the truckers is that there is too much government overreach and that the government is violating their autonomy through fear mongering citizens into receiving vaccines. Not only are truckers protesting against vaccine mandates, but they are also protesting against other stringent pandemic measures in Canada.

We want to be free, we want to have our choice again, and we want hope – and the government has taken that away,”

While 80 percent of Canadians are fully vaccinated with two doses, Canada saw a sharp rise in cases due to the Omicron variant in January 2022. The phenomenon, having the highest number of cases since the beginning of the pandemic, was not unique to Canada, despite having high vaccination rates. Several other highly vaccinated countries, like Israel or Singapore, have observed this phenomenon as well.

In addition, it is widely more accepted that the vaccines and booster shots do not stop the spread of the coronavirus. The lower proportion of deaths compared to the number of recent cases indicates that the vaccines and booster shots likely help to reduce sickness of those who test positive. While the government encouraging taking vaccines is reasonable, does the lack of protection against spread warrant proof of vaccination in daily life?

A plethora of citizens joined the truckers in protest in Ottawa. The vast majority of these protesters are non-violent as they honk, chant, and hold up signs; however, the movement did attract some bigots who held up Nazi flags, peed near statues or demanded food from homeless shelters.

Prime Minister Justin Trudeau retorted, “Canadians were shocked and frankly disgusted by the behavior displayed by some people protesting in our nation’s capital.”

Mainstream media outlets like CNN, MSNBC, and The Washington Post have painted the purpose of the protests to be an outlet for bigots to express their sentiments and possibly cause an uprising similar to that of January 6 in Washington DC. Rather, the movement is indicative of widespread resentment towards government infringement on citizen lives.

Truckers have an incredibly important job, as they are responsible for ensuring people are able to receive their goods and necessities. Therefore, this movement has the potential to be incredibly effective because of the sheer influence these truckers have on the supply chain. The Canadian government and governments around the world ought to consider if the cost of stringent pandemic measures is worth the possible economic damage and lower quality life.

Could Roe vs. Wade be overturned soon? 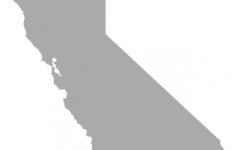 To recall or not to recall?